The People’s Republic of China covers a vast area of eastern Asia, with Mongolia and the Russian Federation to the north, Tajikistan, Kyrgyzstan and Kazakhstan to the north-west, Afghanistan and Pakistan to the west, and India, Nepal, Bhutan, Myanmar (formerly Burma), Laos and Viet Nam to the south. The country borders the Democratic People’s Republic of Korea (North Korea) in the north-east, and has a long coastline on the Pacific Ocean. The climate ranges from subtropical in the far south to an average annual temperature of below 10°C (50°F) in the north, and from the monsoon climate of eastern China to the aridity of the north-west. The principal language is Northern Chinese (Mandarin, known as Putonghua or common speech); in the south and south-east local dialects are spoken. The Xizangzu (Tibetans), Uygurs, Menggus (Mongols) and other groups have their own languages. The traditional religions and philosophies of life are Confucianism, Buddhism and Daoism (Taoism). There are also Muslim and Christian minorities. The national flag (proportions 2 by 3) is plain red, with one large five-pointed gold star and four similar but smaller stars, arranged in an arc, in the upper hoist. The capital is Beijing (Peking). 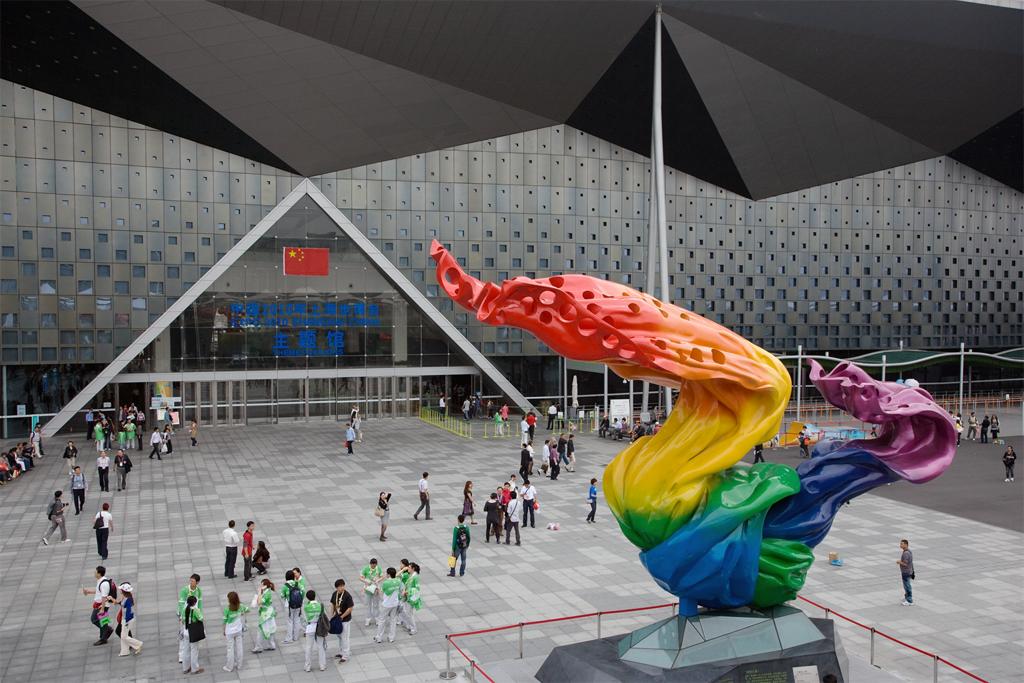 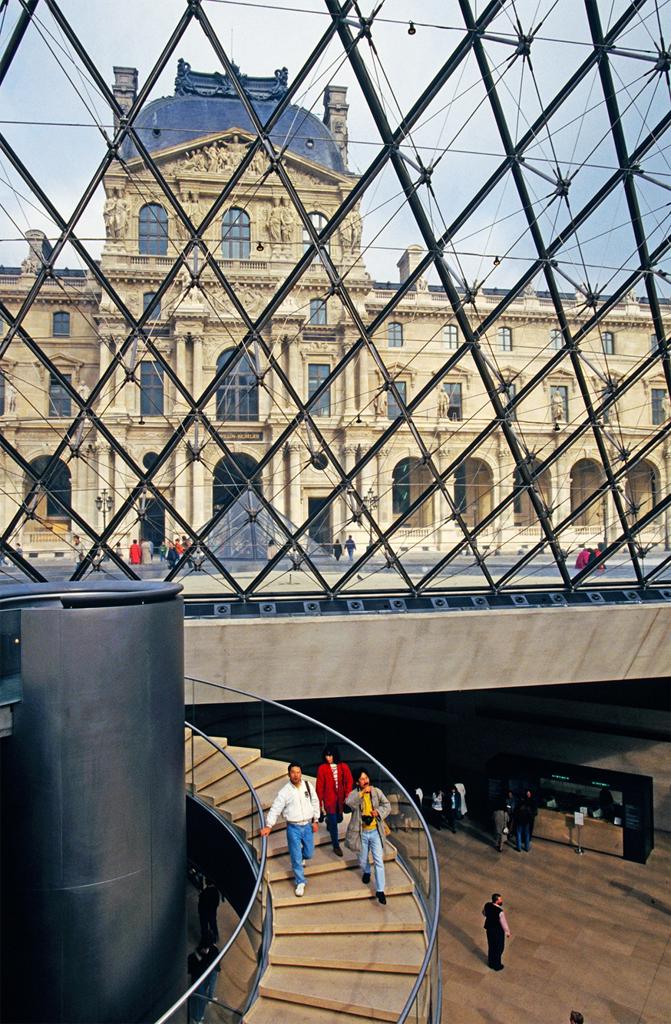 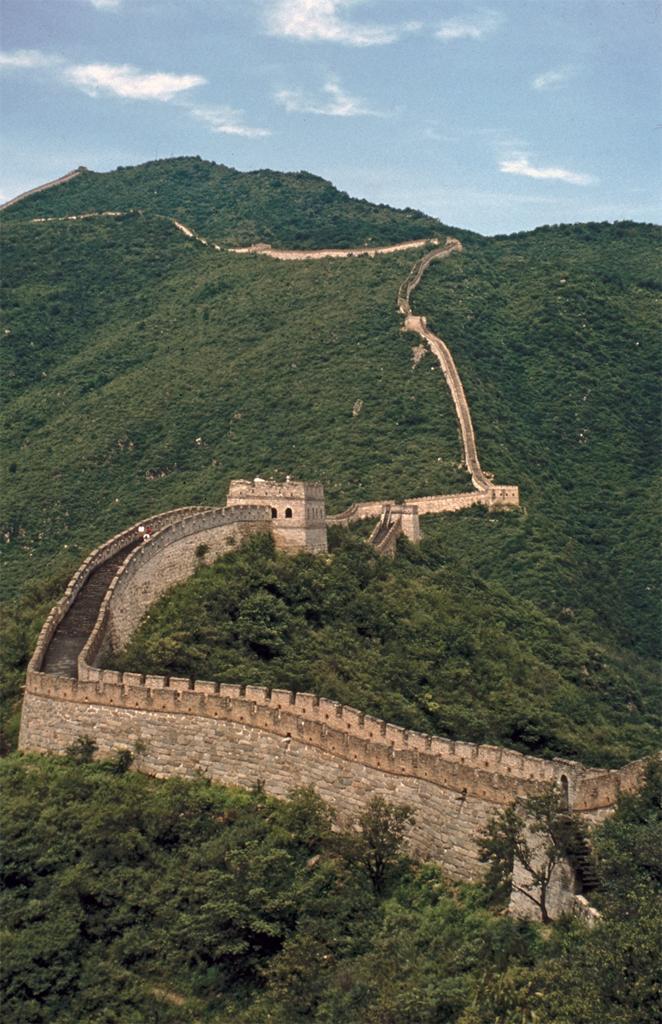 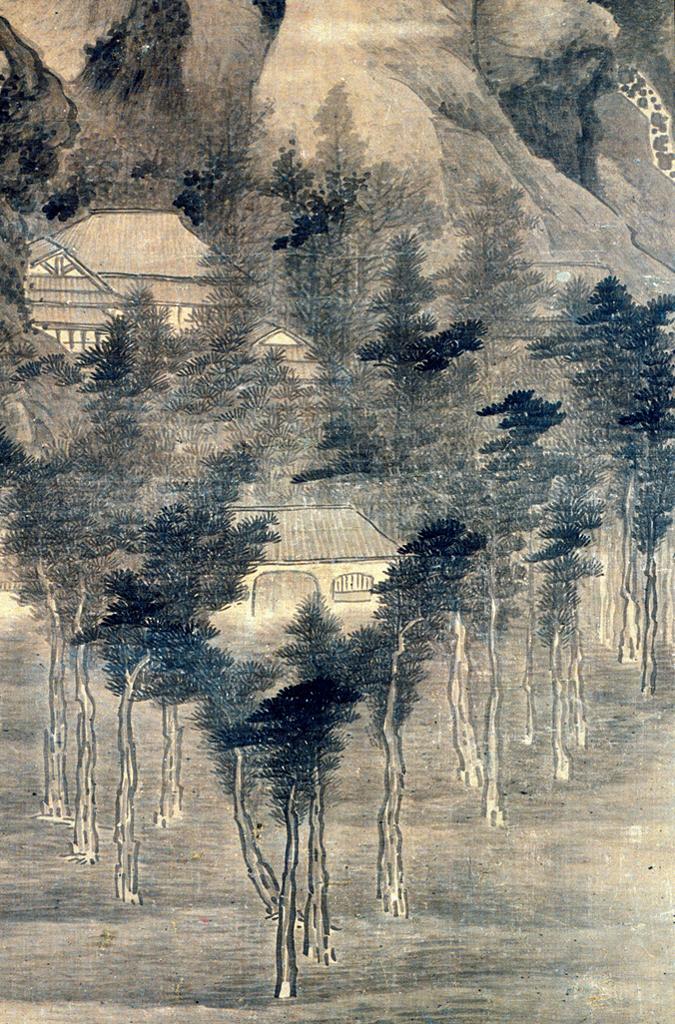 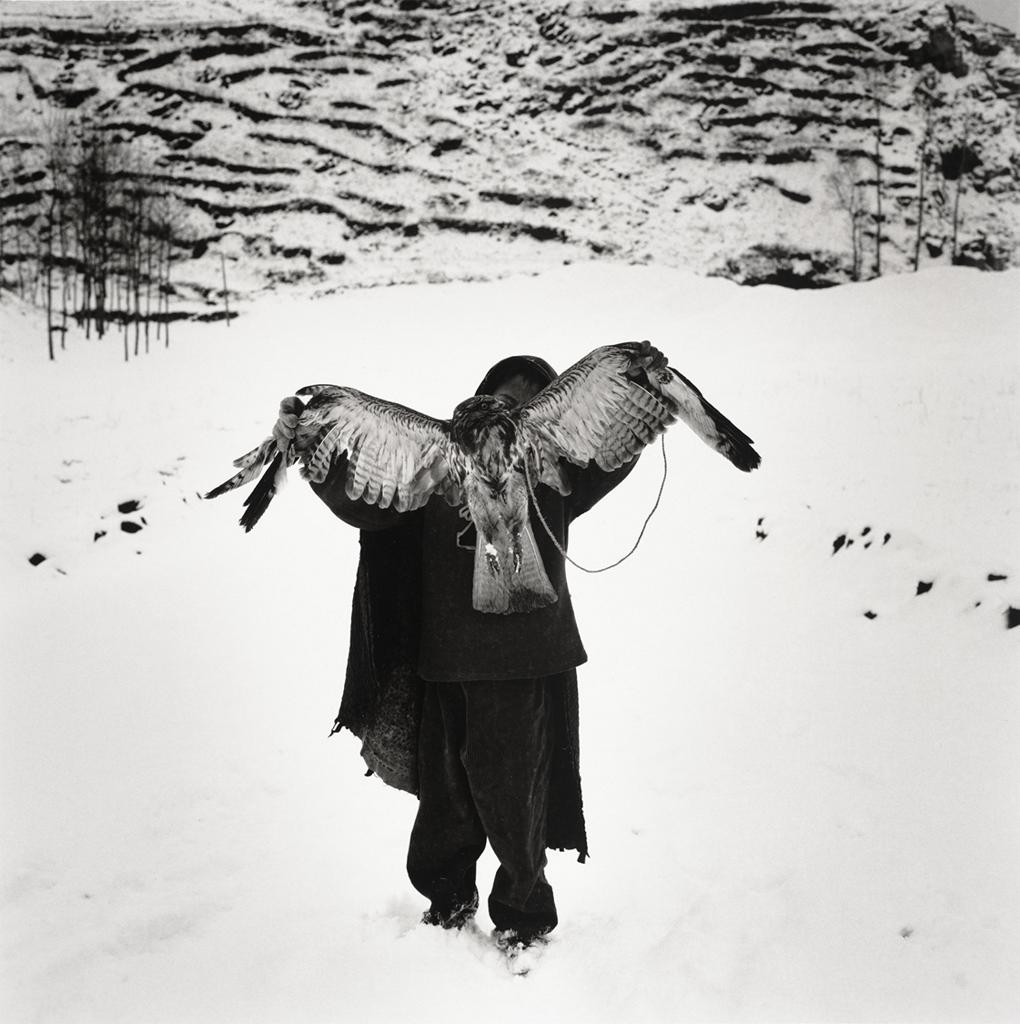 Riha, Zhaojue, Sichuan, China, from the series The Yi People 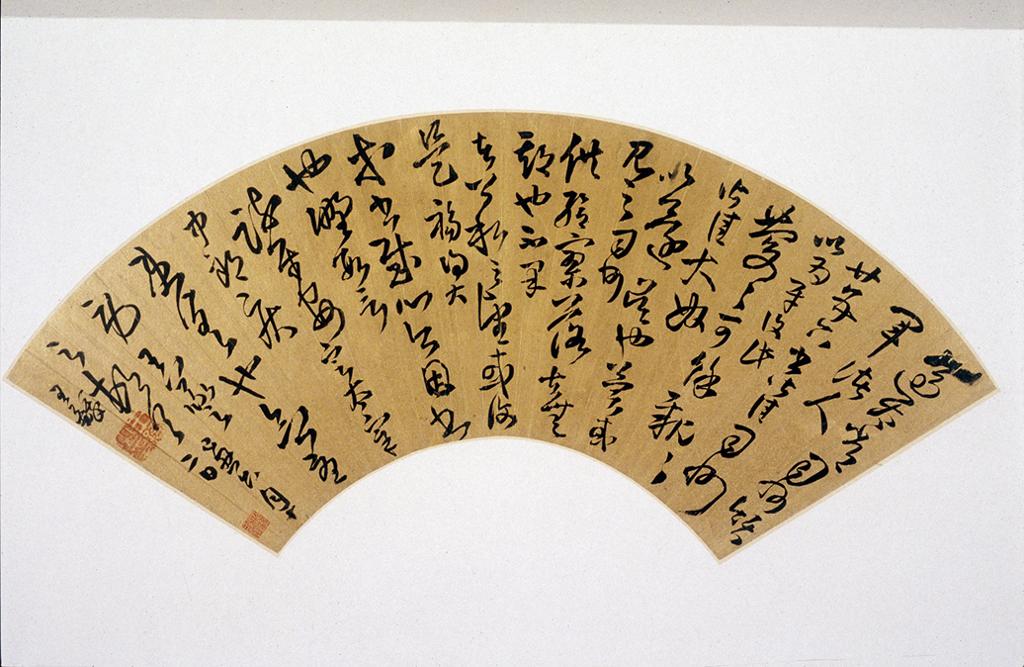 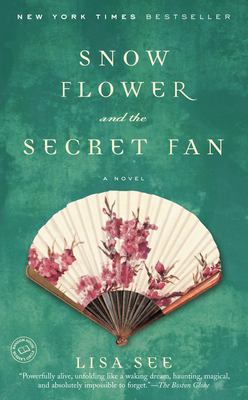 Snow Flower and the Secret Fan

In nineteenth-century China, in a remote Hunan county, a girl named Lily, at the tender age of seven, is paired with a laotong, “old same,” in an emotional match that will last a lifetime. The laotong, Snow Flower, introduces herself by sending Lily a silk fan on which she’s painted a poem in nu shu, a unique language that Chinese women created in order to communicate in secret, away from the influence of men. As the years pass, Lily and Snow Flower send messages on fans, compose stories on handkerchiefs, reaching out of isolation to share their hopes, dreams, and accomplishments. Together, they endure the agony of foot-binding, and reflect upon their arranged marriages, shared loneliness, and the joys and tragedies of motherhood. The two find solace, developing a bond that keeps their spirits alive. But when a misunderstanding arises, their deep friendship suddenly threatens to tear apart. 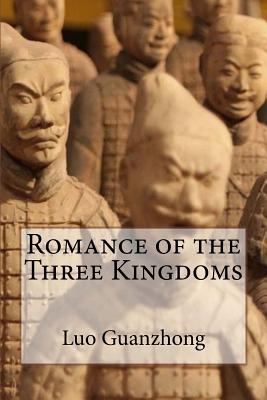 Romance of the Three Kingdoms

Romance of the Three Kingdoms, attributed to Luo Guanzhong, is a historical novel set in the turbulent years towards the end of the Han dynasty and the Three Kingdoms period in Chinese history, starting in 169 AD and ending with the reunification of the land in 280. The story - part historical, part legend, and part mythical - romanticises and dramatises the lives of feudal lords and their retainers, who tried to replace the dwindling Han dynasty or restore it. While the novel follows hundreds of characters, the focus is mainly on the three power blocs that emerged from the remnants of the Han dynasty, and would eventually form the three states of Cao Wei, Shu Han, and Eastern Wu. The novel deals with the plots, personal and military battles, intrigues, and struggles of these states to achieve dominance for almost 100 years. Romance of the Three Kingdoms is acclaimed as one of the Four Great Classical Novels of Chinese literature; it has a total of 800,000 words and nearly a thousand dramatic characters (mostly historical) in 120 chapters. The novel is among the most beloved works of literature in East Asia. 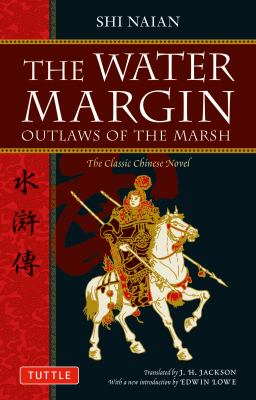 Based upon the historical bandit Song Jiang and his companions, this Chinese equivalent of the English classic Robin Hood and His Merry Men is an epic tale of rebellion against tyranny and has been thrilling and inspiring readers for hundreds of years. This edition of the classic J. H. Jackson translation features a new preface and introduction by Edwin Lowe, which gives the history of the book and puts the story into perspective for modern readers. While Chinese in origin, the themes ofThe Water Margin are universal enough that it has served as a source of inspiration for numerous movies, television shows and video games up to the present day. 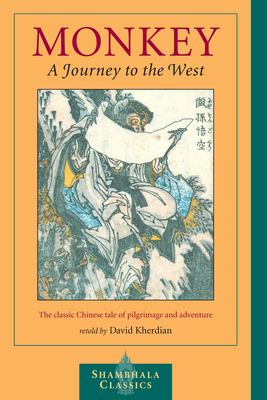 Part spiritual pilgrimage, part historical epic, the folk novel Journey to the West , which came to be known as Monkey, is the most popular classic of Asian literature. Originally written in the sixteenth century, it is the story of the adventures of the rogue-trickster Monkey and his encounters with a bizarre cast of characters as he travels to India with the Buddhist pilgrim Tripitaka in search of sacred scriptures. Much more than a picaresque adventure novel, Monkey is a profound allegory of the struggle that must occur before spiritual transformation is possible. David Kherdian's masterful telling brings this classic of Chinese literature to life in a way that is true to the scope and depth of the original. 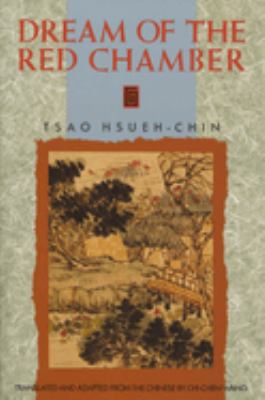 Dream of the Red Chamber

For more than a century and a half, Dream of the Red Chamber has been recognized in China as the greatest of its novels, a Chinese Romeo-and-Juliet love story and a portrait of one of the world's great civilizations. Chi-chen Wang's translation is skillful, accurate and fascinating. 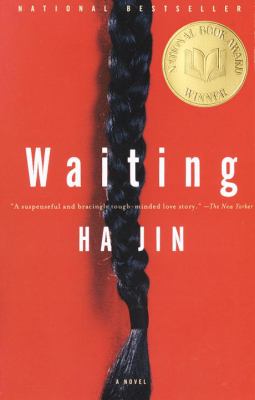 "In Waiting, Ha Jin portrays the life of Lin Kong, a dedicated doctor torn by his love for two women: one who belongs to the New China of the Cultural Revolution, the other to the ancient traditions of his family's village. Ha Jin profoundly understands the conflict between the individual and society, between the timeless universality of the human heart and constantly shifting politics of the moment. With wisdom, restraint, and empathy for all his characters, he vividly reveals the complexities and subtleties of a world and a people we desperately need to know."--Judges' Citation, National Book Award

"A simple love story that transcends cultural barriers--. From the idyllic countryside to the small towns in northeast China, Jin's depictions are filled with an earthy poetic grace--. Jin's account of daily life in China is convincing and rich in detail."--The Chicago Tribune 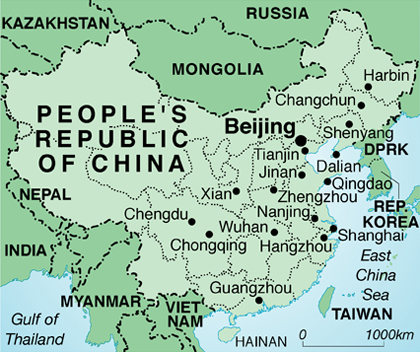 Hubei Song and Dance Ensemble of the People's Republic of China 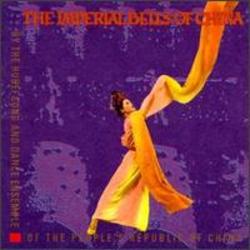 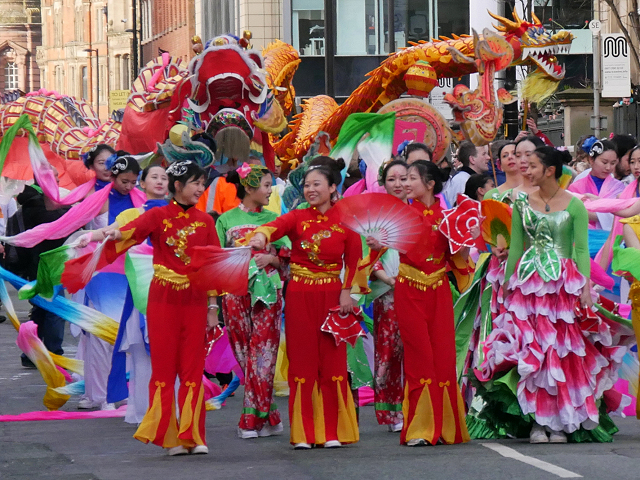 Chinese New Year, also called Lunar New Year, [is an] annual 15-day festival in China and Chinese communities around the world that begins with the new moon that occurs sometime between January 21 and February 20 according to Western calendars. Festivities last until the following full moon.

The origins of the Chinese New Year are steeped in legend. One legend is that thousands of years ago a monster named Nian (“Year”) would attack villagers at the beginning of each new year. The monster was afraid of loud noises, bright lights, and the colour red, so those things were used to chase the beast away. Celebrations to usher out the old year and bring forth the luck and prosperity of the new one, therefore, often include firecrackers, fireworks, and red clothes and decorations. Young people are given money in colourful red envelopes. In addition, Chinese New Year is a time to feast and to visit family members. Many traditions of the season honour relatives who have died.

Among other Chinese New Year traditions is the thorough cleaning of one’s home to rid the resident of any lingering bad luck. Some people prepare and enjoy special foods on certain days during the celebrations. The last event held during the Chinese New Year is called the Lantern Festival, during which people hang glowing lanterns in temples or carry them during a nighttime parade. Since the dragon is a Chinese symbol of good fortune, a dragon dance highlights festival celebrations in many areas. This procession involves a long, colourful dragon being carried through the streets by numerous dancers.