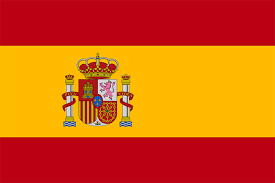 The Russian Federation is situated in North Eurasia. In 1922 the Russian Soviet Federative Socialist Republic became the principal member of the Union of Soviet Socialist Republics (USSR), which disintegrated in 1991. In May 2008 Dmitrii Medvedev became federal President, succeeding Vladimir Putin, on the expiry of his second term in office. Medvedev's nomination of Putin as Chairman of the Government was subsequently approved by an overwhelming parliamentary majority. In March 2012 Putin was again elected as President; he assumed office in May; he was re-elected in March 2018. Moscow is the capital. The official language is Russian.

Moscow is home to the iconic St. Basil’s Cathedral, but there are numerous other ornate and decorated buildings throughout Russia. The Catherine Palace and Winter Palace of St. Petersburg are examples of the late Baroque style of architecture, having been worked on by Francesco Bartolomeo Rastrelli. Both palaces exhibit cool-colored tones on their exteriors and grand, golden spaces on their interiors. The Winter Palace now houses the Hermitage Museum, making it the largest art museum in the world. 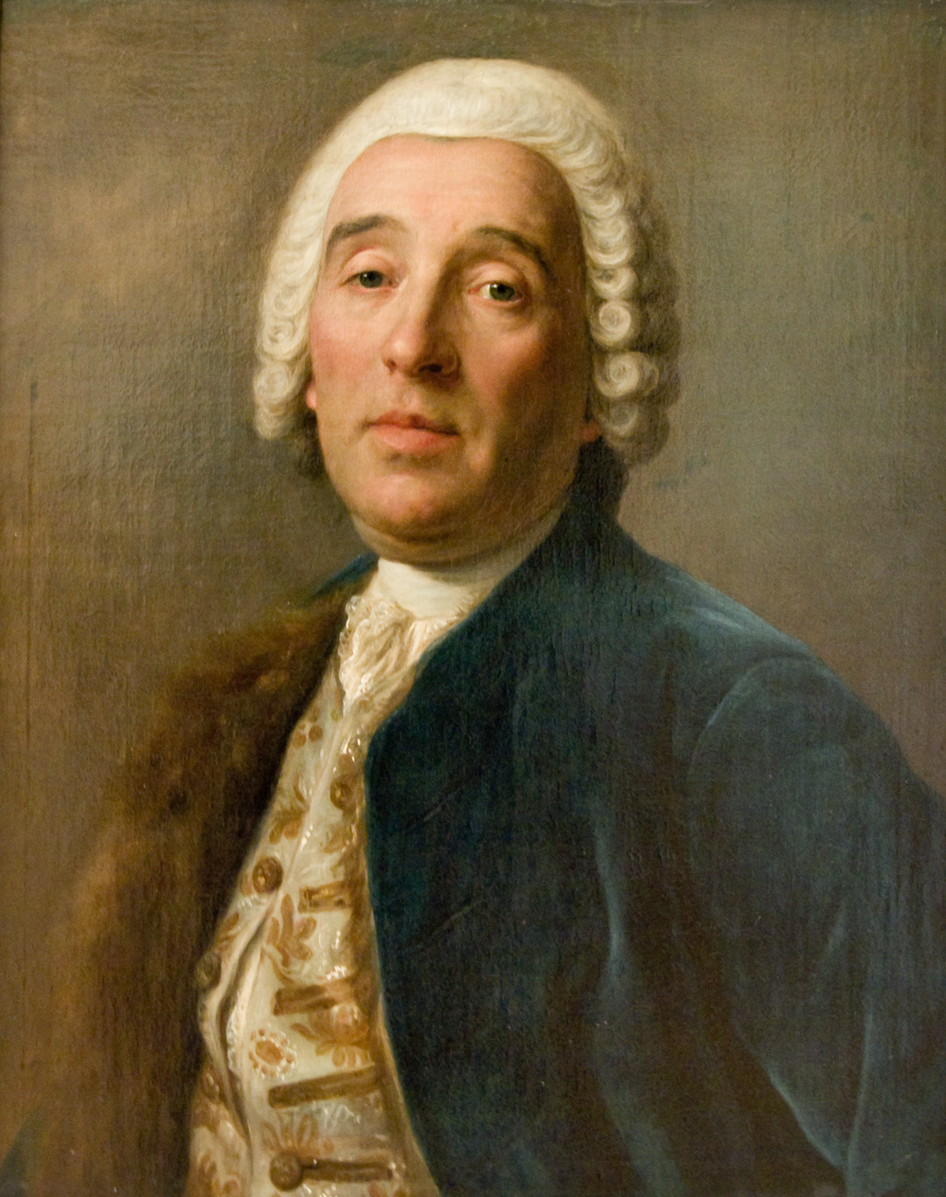 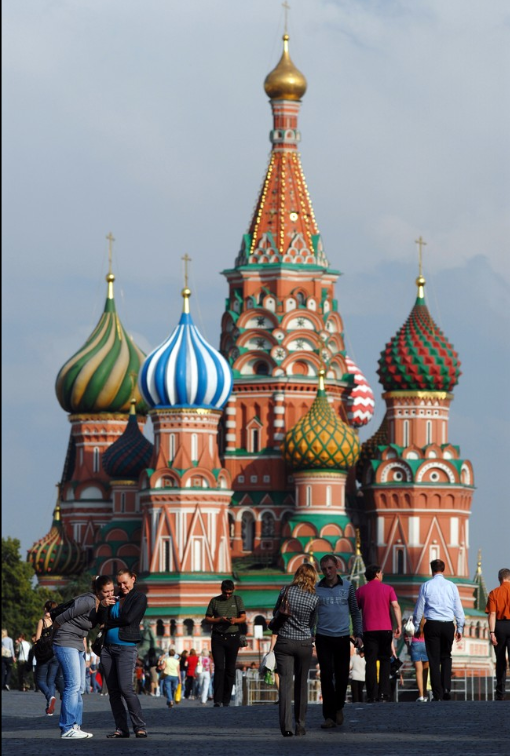 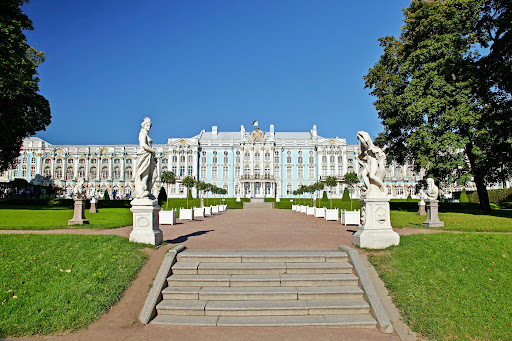 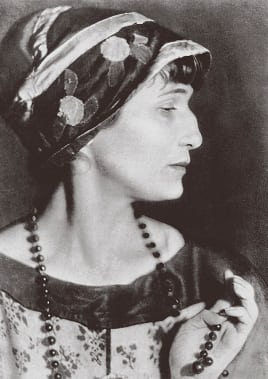 Anna Akhmatova was the pen name of Anna Andreyevna Gorenko, one of the most important woman poets in Russian literature. Akhmatova was noted for her skill with language and her emotional and artistic honesty. Akhmatova’s best work demonstrates her ability to describe the feelings experienced by all human beings, especially love.

Penguin Random House describes Ludmilla Petrushevskaya as “A Singular force in modern Russian fiction.” With a career spanning decades, she has written for film, stage, and even began a singing career in her sixties. Her collection of short stories There Once Lived a Woman Who Tried to Kill Her Neighbor’s Baby: Scary Fairy Tales was awarded a World Fantasy Award in 2010 in the Collection category. 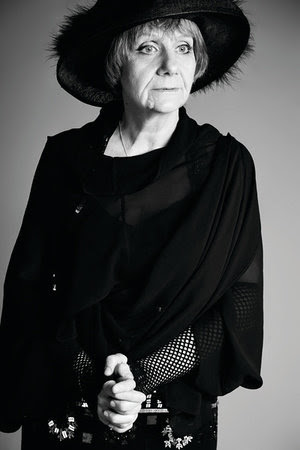 Russian art has a diverse and extensive history from the Byzantine style through the current day. These are just a few examples of the art that has come out of Russia. More can be found online and through the database ARTStor. 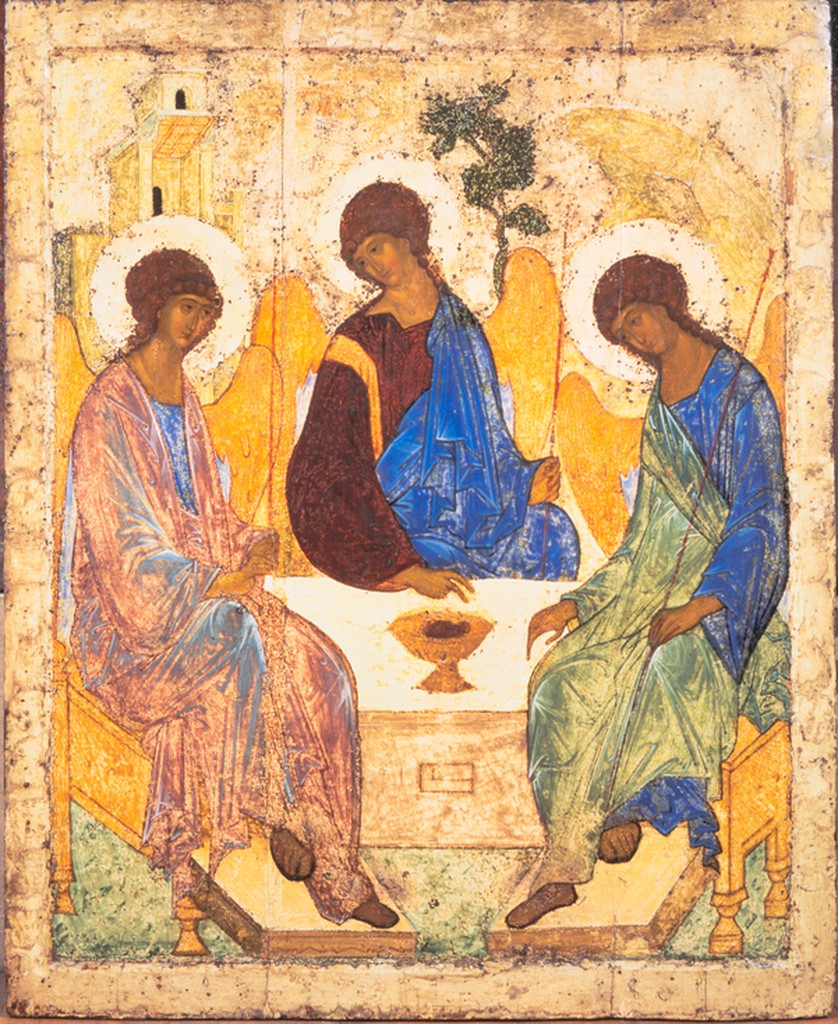 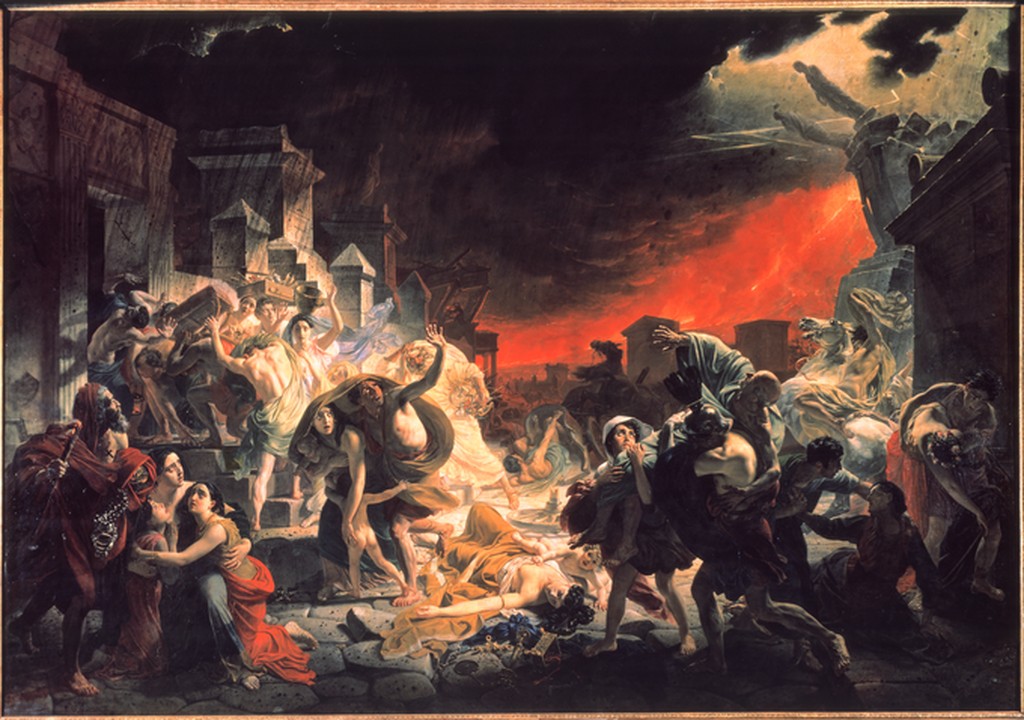 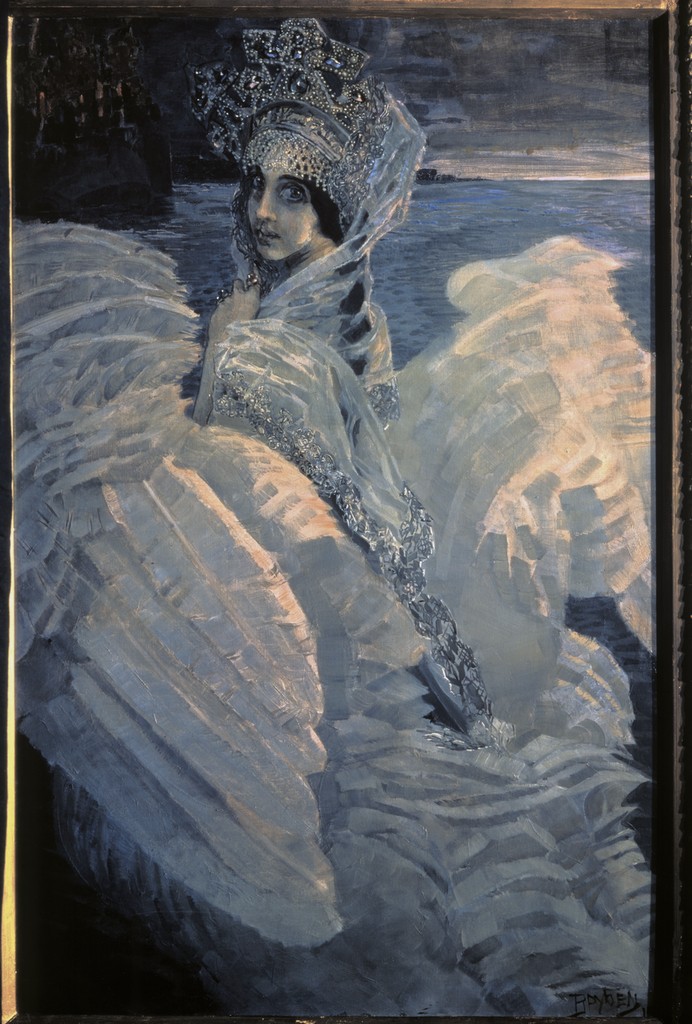 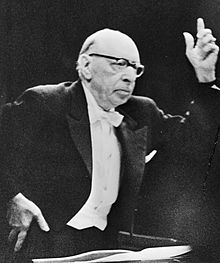 Igor Stravinsky (1882-1971) was a Russian composer, pianist, and conductor. Later on, he gained French (from 1934) and American (from 1945) citizenship. He is widely considered one of the most important and influential composer of the 20th century. He has a wide variety of compositions of both Russian music (his earlier works) and neoclassicism (later works). During his neoclassicism period, he wrote traditional forms of music with new serial procedures.

The Rite of Spring is a ballet and orchestral concert work by Igor Stravinsky. This ballet was first performed in 1913 and was recognized as avant-garde in both music composition and choreography. Many called the reaction to this ballet a 'riot' because of the negative reviews of the ballet. Both the music and ballet was very experimental in the way that both broke stereotypes and included new sounds and visuals that audiences at the time were not accustomed to based on the music of the time. 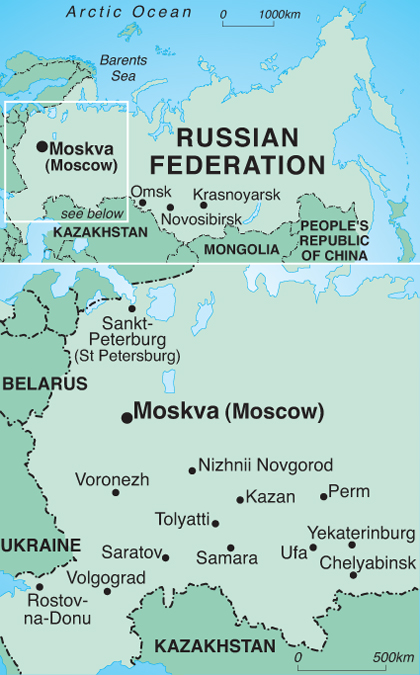 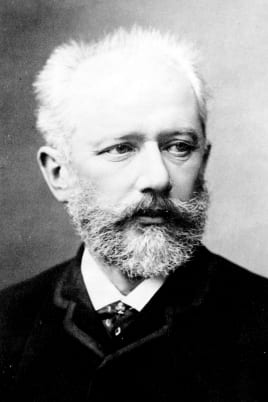 Peter Tchaikovsky (1840-1893) was a popular Russian composer who wrote six symphonies, the most popular being Manfred Symphony (1886) and nine operas, the most popular being The Queen of Spades (1890). He also wrote successful ballets such as Swan Lake (1877), The Sleeping Beauty (1890), and The Nutcracker (1892). In addition to these visual productions, he wrote a number of orchestral works as well as a number of piano and violin concertos. For more listening, check out his music on Naxos Music Library.

Tchaikovsky's Swan Lake, his first ballet, was first performed in 1877 at the Bolshoi Theatre in Moscow. The libretto was written by Vladimir Begichev and the original choreographer was Julius Reisinger. The premier did not receive the best reviews and was reworked with new libretto and choreography that resembled what was popular in the west at the time.

Summary: Swan Lake generally tells the story of young Prince Siegfried and the beautiful Odette, often described as a princess. Odette and her companions have been put under a spell that transforms them into swans by day, and back to human form at night. One night, Siegfried encounters the swan maidens at a lake in the forest. Odette tells him about the spell, and they fall in love. The next night, Siegfried is to choose a bride at a ball. Baron von Rothbart attends the ball with his daughter Odile, who resembles Odette. In many productions, Rothbart is a sorcerer who cursed Odette and her companions. Siegfried says that he will marry Odile, then realizes too late that he has been tricked. He returns to the lake and asks Odette to forgive him. Some versions of the ballet end tragically, with the lovers drowning in a great storm. In others, they jump into the lake together and die. Still other versions have a happy ending in which the swan spell is broken and the lovers live happily ever after. In many productions, the same ballerina dances the parts of both Odette and Odile. Odile often appears onstage wearing black and is referred to as the Black Swan. 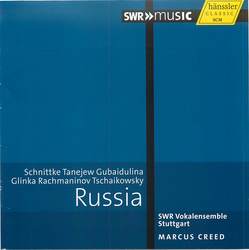 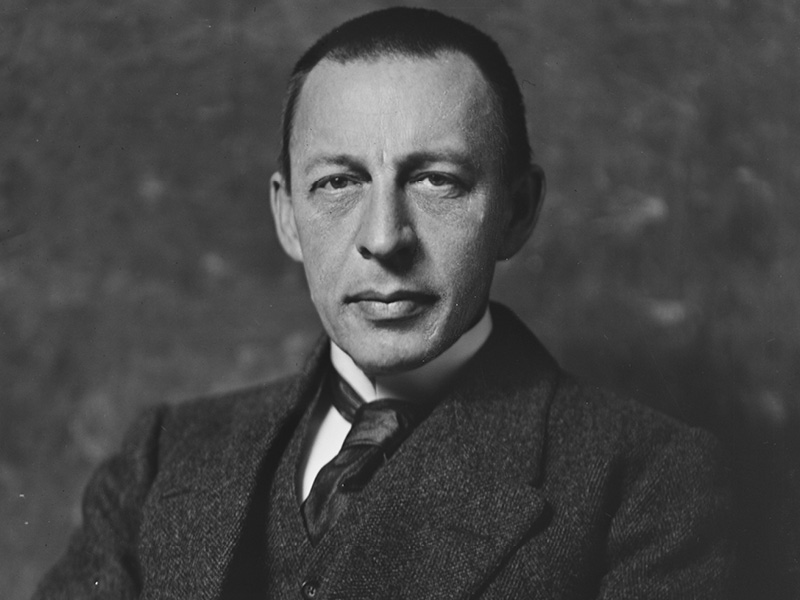 Sergei Rachmaninoff (1873-1943) was a Russian composer and conductor and one of the greatest pianists in history. His compositions generally carry the late romantic style of Russian composer Peter Tchaikovsky into the early 1900s. Even Rachmaninoff's last works from the 1930's are hardly affected by modern trends. His music is strongly influenced by the chants and church bells of the Russian Orthodox Church. These musical influences appear in Rachmaninoff's simple melodies and rich, full keyboard sounds. Rachmaninoff combined these native Russian materials with his own passion and intensity of expression. 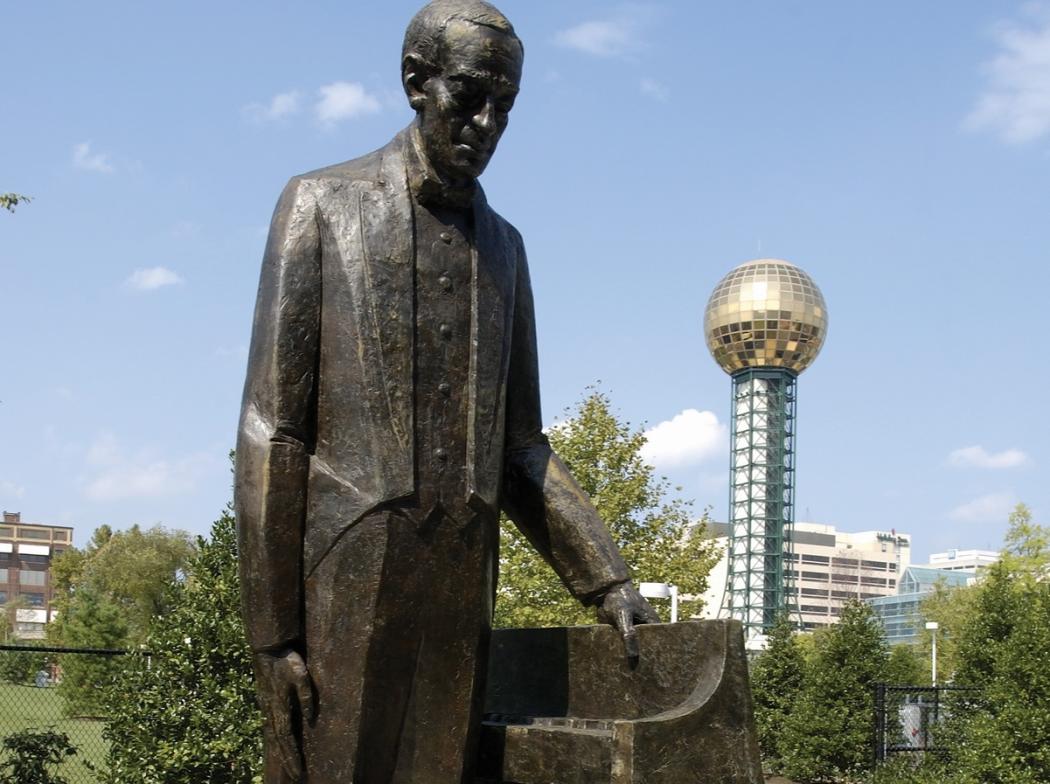 The Rachmaninoff Statue commemorates the composer/performer's last public performance held at the University of Tennessee on February 17, 1943. The statue is a bronze casting sculpted by Russian artist, Victor Bokarev. (https://www.visitknoxville.com/listings/statue-of-sergei-rachmaninoff/1677/)