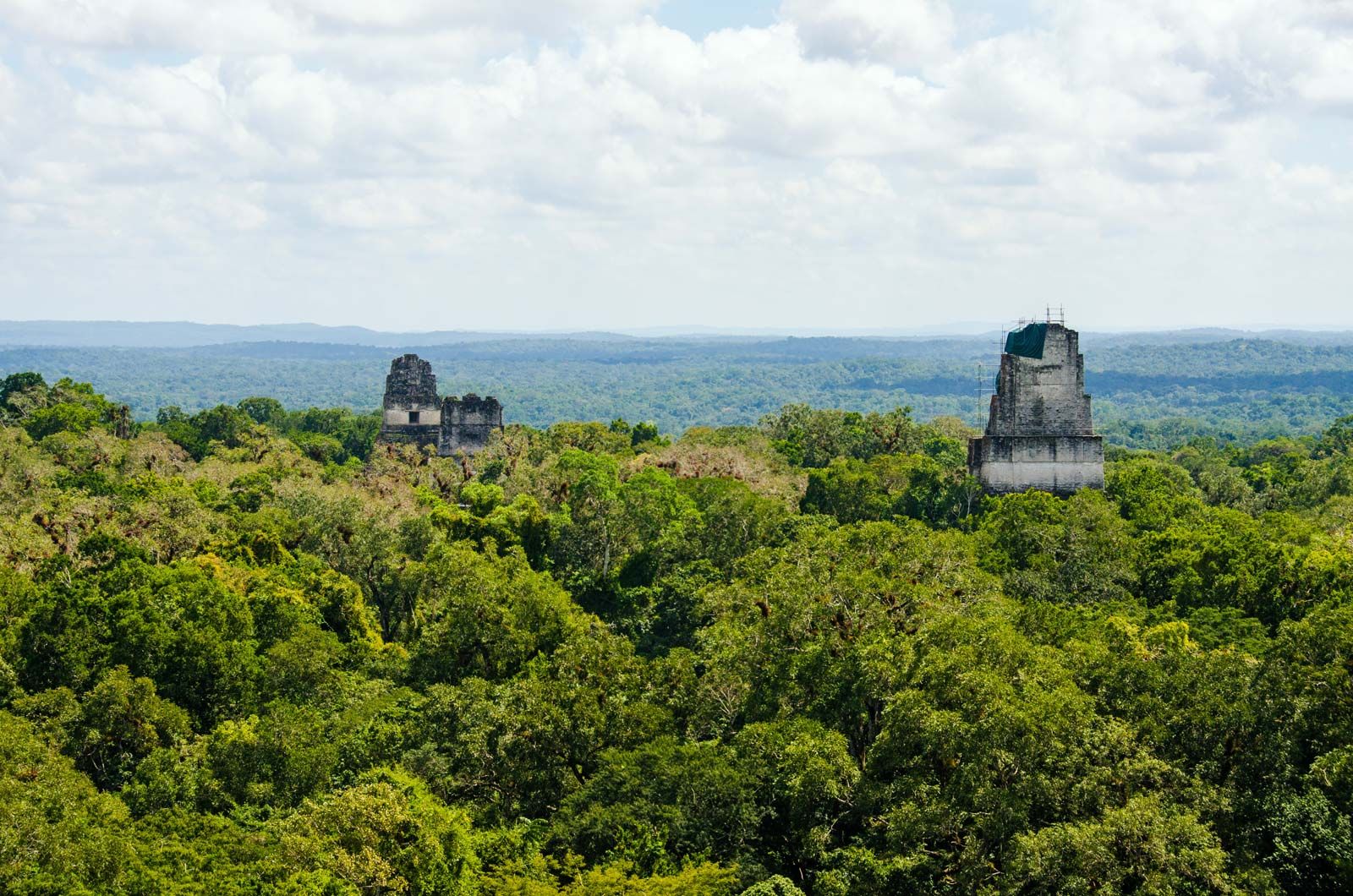 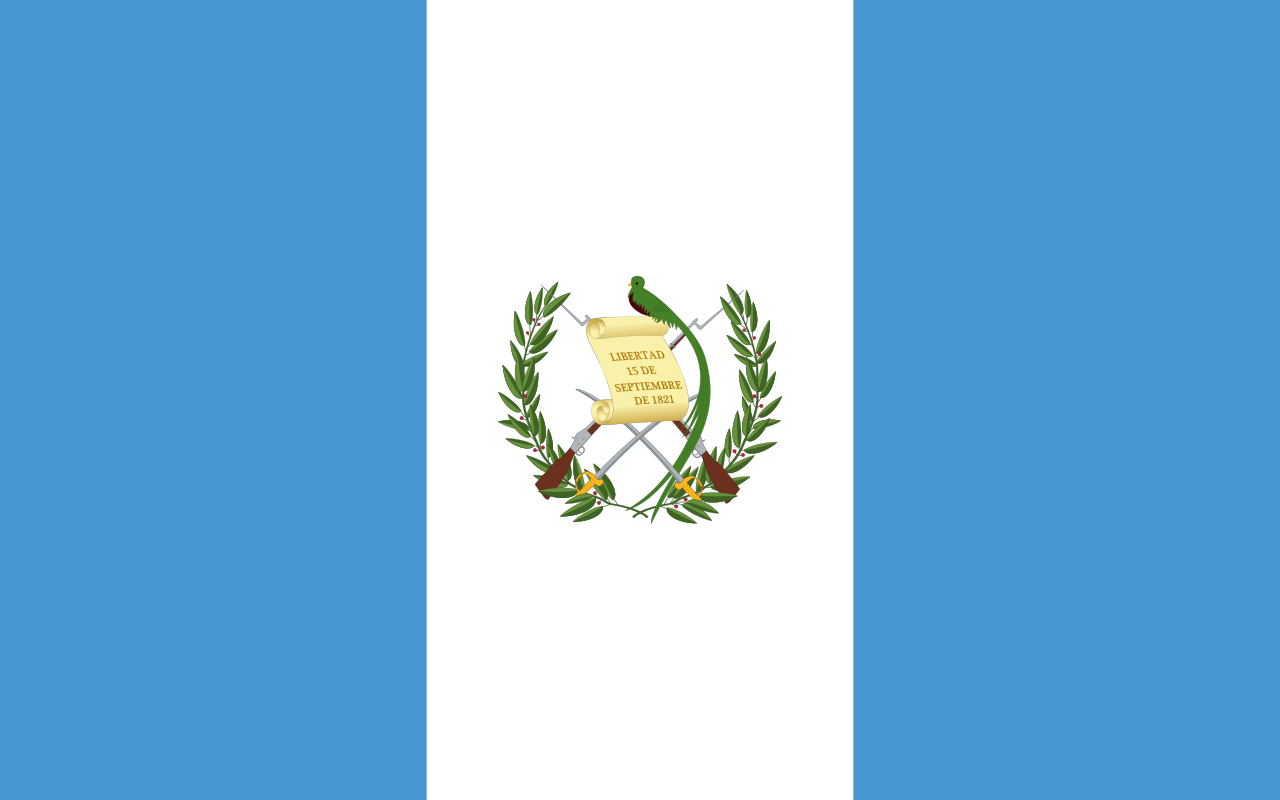 The Republic of Guatemala lies in the Central American isthmus. The climate is tropical, hot and humid, especially on the Caribbean coast and in the El Petén lowlands, but it is cooler in the highlands.uatemala is mostly mountainous (66%), with narrow coastal plains and a rolling limestone plateau in the north. It is heavily forested (62%), woodland types varying from warm and humid, through cool and humid to warm and dry, which, together with the altitude and two coasts, contributes to the variety of flora and fauna. There are volcanoes in the mountains, indicating that the country is an area prone to seismic activity. A volcano is actually the highest point not only in Guatemala, but in all of Central America—Tajumulco, at 4,211 m or 13,821 ft—and is found at the western end of the main mountain chain, in the south-west of the country.The Caribbean coast is also prone to hurricanes and other tropical storms. Guatemala is the largest and most populated country in Central America. Guatemala also has the largest indigenous population in Central America. The capital is Guatemala City. The official language is Spanish.

Guatemala is home to many descendants of the Maya, an American Indian people who developed a great civilization in Central America and southern Mexico. The nation's manufacturing industry includes such Indian handicrafts as pottery and textiles. The cloth shown here is for sale at a market in Antigua, Guatemala.

Rural village along a river in Guatemala.

The National Palace in Guatemala City

Football (soccer) is Guatemala’s most popular sport. The national team competes internationally, and Guatemalan players figure prominently in clubs in other national leagues, especially those of Mexico and Uruguay.

In 1950 Guatemala hosted the Central American and Caribbean Games, a quadrennial competition organized in 1924 in which Guatemalan athletes have participated since the games were first held in 1926. The country also competes in the quadrennial Pan American Games and participated in its first Olympic Summer Games in 1952 in Helsinki.

Outdoor sports are main recreational activities. The most popular are white-water rafting near Acatenango Volcano, kayaking on inland Lake Atitlán and along the Pacific coast, spelunking in the limestone labyrinths of the Petén plateau, and volcano climbing and mountain biking in the sierras above Antigua Guatemala. Snorkeling, deep-sea fishing, scuba diving, and surfing are also popular recreations among visitors to the Caribbean coast. In larger communities throughout the country, recreational parks draw crowds on weekends. 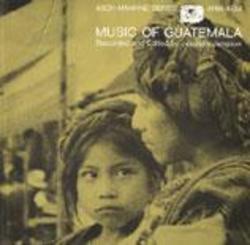 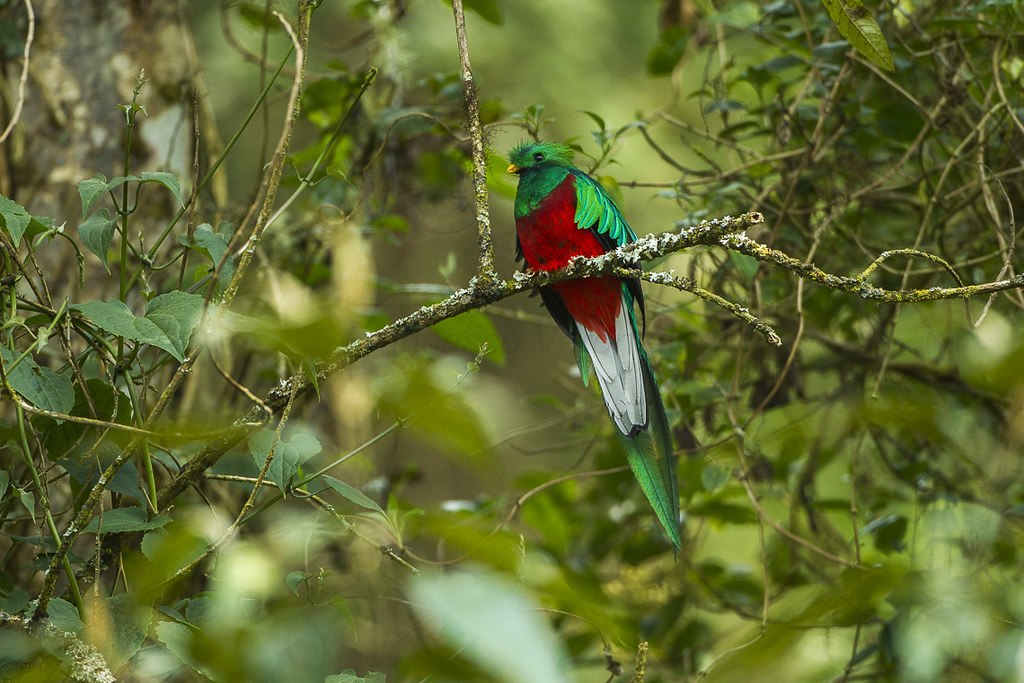 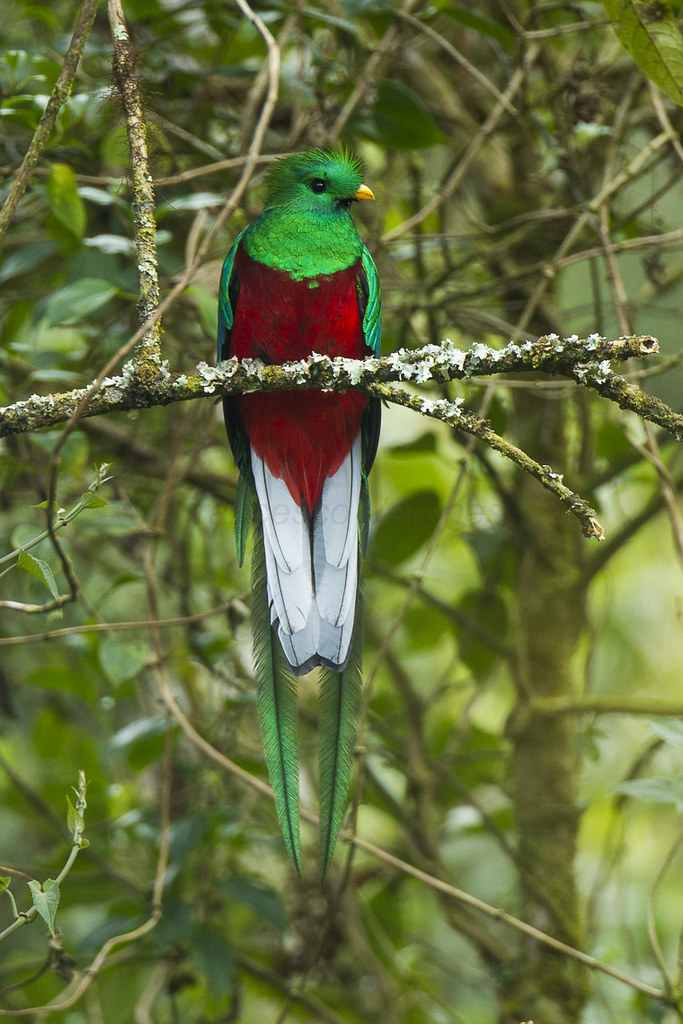 A bird in the trogon family (Trogonidae), about 35 cm long, that has iridescent, golden or green back and wings, a red breast and belly, and a long tail, although in some species females are mainly grey or brown. Quetzals occur in forests, and are most common in humid upland regions, throughout the New World tropics. Most are solitary. They feed on fruit, insects, and small vertebrates. There are two genera with six species. The resplendent quetzal(Pharomachus mocinno) is the national bird of Guatemala and the nation’s currency is the quetzal. 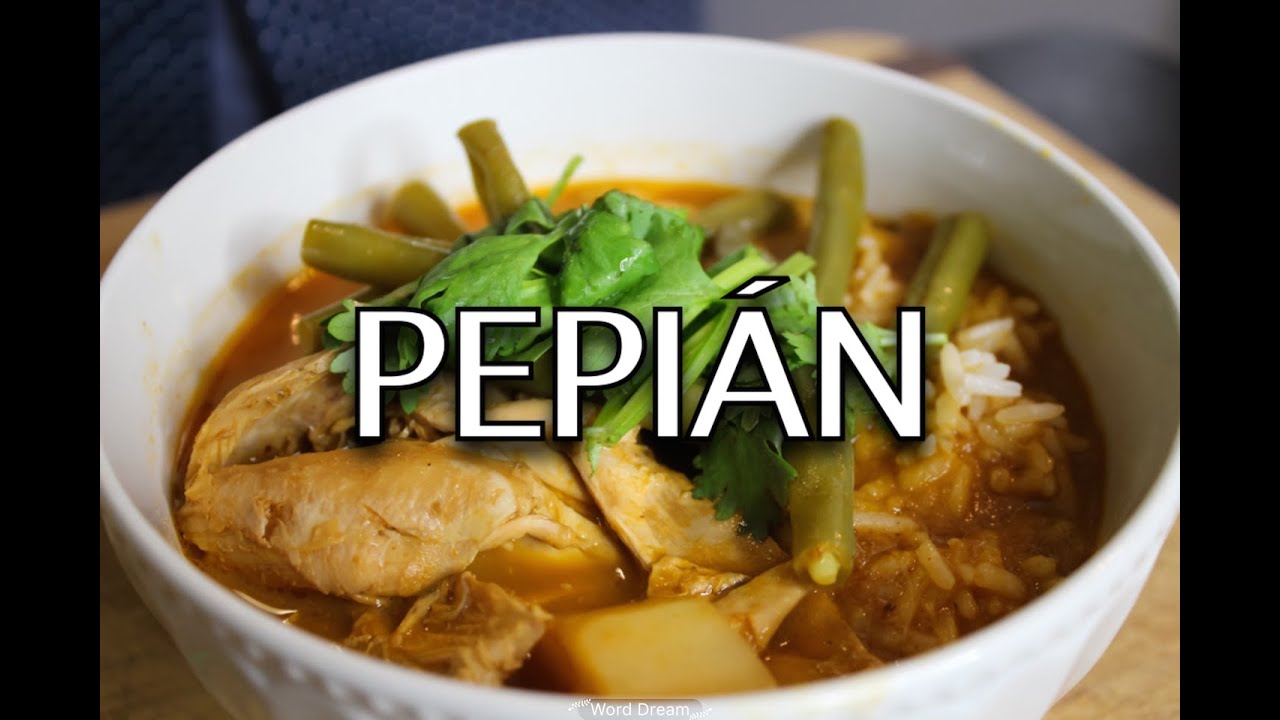 "Pepian is among the 4 national dishes of Guatemala. Pepian is hot, hearty, simple, yet complex. In Guatemala, pepian has as many variations as there are cooks. Here is my recipe for a simpler version of this sauce. Serve with white rice."