The Federative Republic of Brazil lies in South America. Brazil achieved independence from Portugal in 1822. From 1964 until 1985 Brazil was under military rule. In 1993 voters endorsed the retention of the presidential system. In 1998 Fernando Henrique Cardoso was re-elected to the presidency. He was succeeded in 2002 by Lula da Silva of the Partido dos Trabalhadores (PT), who was re-elected in 2006. Da Silva was, in turn, replaced by Dilma Rousseff, also of the PT, in 2010. Rousseff secured a second term in office in 2014, but was impeached and removed from office in 2016. In 2018 the far-right candidate, Jair Bolsonaro, won the presidential election. Brasília is the capital. The official language is Portuguese.

An archipelago in the North Atlantic Ocean forms the Republic of Cabo Verde. Independence from Portugal was granted to Cabo Verde in 1975, Aristides Pereira of the Partido Africano da Independência do Guiné e Cabo Verde (PAIGC) becoming the country's first President. In 1981 the Cabo Verdean wing of the PAIGC was renamed the Partido Africano da Independência de Cabo Verde (PAICV) and abandoned the pursuit of unification with Guinea-Bissau. The PAICV, which had been successful at all legislative elections since 2001, was defeated in 2016, with the Movimento para a Democracia securing a parliamentary majority. Cidade da Praia is the capital. Portuguese is the official language. 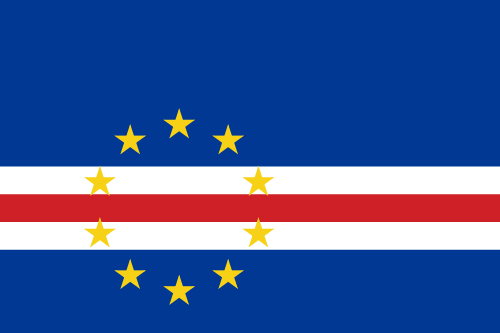 The People's Republic of China, proclaimed in 1949, covers a vast area of eastern Asia. Until his death in 1976, Mao Zedong was the leading political figure. In the late 1970s Deng Xiaoping, Mao's successor, introduced a programme of economic reform known as the `open door' policy. In 1989 demonstrations in favour of limited political reform were ruthlessly suppressed. Following the death of Deng in 1997 economic reform continued to be pursued without significant political concessions. In November 2012 Xi Jinping replaced President Hu Jintao as General Secretary of the Communist Party of China (CPC) in a transfer of power to a new generation of leadership for the next decade. Xi was confirmed as President by the National People’s Congress in March 2013. In October 2017 Xi was re-elected as the General Secretary of the CPC. Beijing is the capital. The principal language is Northern Chinese (Mandarin).

The Republic of Colombia lies in the north-west of South America. In 1819 Colombia achieved independence from Spain as part of Gran Colombia, which included Ecuador, Panama and Venezuela. For more than a century ruling power in Colombia has been shared between the Partido Conservador Colombiano and the Partido Liberal Colombiano. From the 1960s Colombia was destabilized by anti-government guerrilla insurgencies and by the activities of illegal drugs cartels. President Juan Manuel Santos of the Partido de la U signed a peace agreement with the Fuerzas Armadas Revolucionarias de Colombia (FARC) guerrilla grouping in 2016, bringing to an end almost 50 years of civil war. Iván Duque of the centre-right Centro Democrático succeeded Santos in 2018. The capital is Bogotá. The language is Spanish.

The Federal Republic of Germany, established in 1990 upon the unification of the Federal Republic of Germany (FRG- West Germany) and the German Democratic Republic (GDR- East Germany), lies in the heart of Europe. The FRG had been established in 1949 in the US, British and French occupation zones into which Germany had been divided in 1945, while Soviet-occupied Eastern Germany had declared itself the GDR. In 2005 Angela Merkel, leader of the Christlich-Demokratische Union (CDU- Christian Democratic Union), became Germany’s Federal Chancellor, under a coalition agreement with the Sozialdemokratische Partei Deutschlands (SPD- Social Democratic Party). The CDU under Merkel remained in power following the federal elections of September 2009 (in coalition with the Freie Demokratische Partei- FDP, Free Democratic Party), and September 2013 and September 2017 (in coalition with the SPD). Berlin is the capital. The language is German.

The Republic of Honduras lies in the Central American isthmus. Military rule was officially ended in 1980, when elections to a Constituent Assembly were held. In 1993–97 the influence of the military was reduced and human rights violations were investigated. José Manuel Zelaya became President in 2006. In 2009, following confrontation between Zelaya and the legislative and judicial authorities over proposed constitutional reform, he was ousted by the military. Porfirio Lobo Sosa became President following elections in November. Juan Orlando Hernández succeeded Lobo in 2013 and was re-elected in 2017. Tegucigalpa is the capital. The national language is Spanish

Japan lies in eastern Asia. Four large islands, Hokkaido, Honshu, Shikoku and Kyushu, account for about 98% of the country’s land area. Following its defeat in the Second World War, Japan was placed under US military occupation. A new democratic Constitution, which took effect in 1947, renounced war and abandoned the doctrine of the Emperor’s divinity. Japan regained its independence in 1952. From its formation in 1955 until its defeat at the 2009 election, the Liberal Democratic Party (LDP) dominated Japanese politics. The Democratic Party of Japan (DPJ) secured a large majority in the lower chamber at the election for the House of Representatives in July 2009, but this was reversed in December 2012 when dissatisfaction with the DPJ led to the LDP winning a decisive election victory led by Shinzo Abe. Abe won two further elections, called at short notice for December 2014 and then October 2017. Tokyo is the capital. The language is Japanese.

The State of Kuwait lies at the north-west extreme of the Persian (Arabian) Gulf. Kuwait became part of Turkey’s Ottoman Empire in the 16th century. Towards the end of Ottoman rule Kuwait became a semi-autonomous Arab monarchy, with local administration controlled by the al-Sabah family, which remains the ruling dynasty. In 1899 the ruler of Kuwait accepted British protection, surrendering control over external relations. Kuwait became fully independent in 1961, when the United Kingdom and Kuwait terminated the 1899 treaty. In 1990 Kuwait was invaded by Iraqi armed forces, remaining under occupation until February 1991. The capital is Kuwait City. Arabic is the official language.

The Republic of Mali is situated in West Africa. Mali, the former French colony of Soudan, became an independent state in 1960, following the secession of Senegal from the Federation of Mali, founded in 1959. In 1991 a multi-party system was introduced, and Alpha Oumar Konaré was elected President in 1992 and 1997. Amadou Toumani Touré was elected President, in 2002 and re-elected in 2007. However, in March 2012 Touré was deposed by members of the military. Following extensive negotiations, a transitional, civilian Government was installed. A presidential election was held in July–August 2013 at which Ibrahim Boubacar Keïta secured victory. Keïta was re-elected to the presidency in August 2018. Bamako is the capital. The official language is French.

The Kingdom of Saudi Arabia occupies about four-fifths of the Arabian peninsula, in south-western Asia. In 1924 the forces of Abd al-Aziz Al Sa‘ud forced the abdication of Hussein bin Ali, who had proclaimed himself King of the Hedjaz in 1916. In 1926 Abd al-Aziz (also known as Ibn Sa‘ud) was proclaimed King of the Hedjaz and Sultan of Najd, and in 1932 the two areas were merged as the unified Kingdom of Saudi Arabia. Ibn Sa‘ud ruled until 1953. All subsequent Saudi Arabian rulers have been sons of Ibn Sa‘ud. The capital is Riyadh. Arabic is the official language. 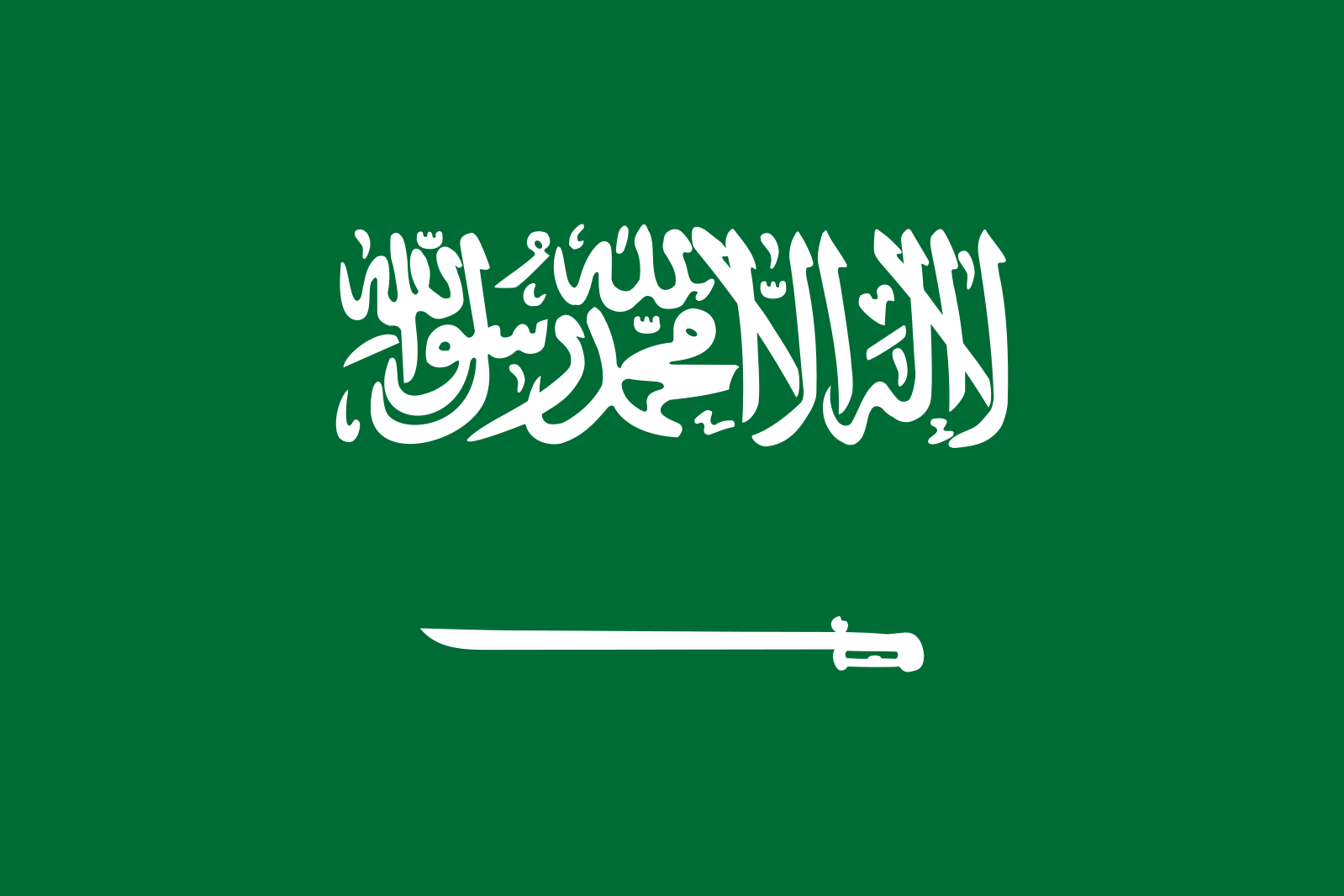 The Kingdom of Thailand lies in South-East Asia. In 1992 measures were introduced to curb the political influence of the armed forces. The country's first democratically elected single-party Government was established in 2005, but in September 2006 the Government of Thaksin Shinawatra was deposed in a military coup. Political instability and popular unrest preceded the elections for the House of Representatives held in July 2011, when Yingluck Shinawatra, sister of Thaksin, won an unexpectedly large majority. Anti-Government protests led to an early election in February 2014. The Constitutional Court declared the election invalid and ordered Yingluck to step down in early May, finding her guilty of abuse of power. On 22 May the armed forces staged a military coup led by Gen. Prayuth Chan-ocha. A new Constitution, which critics alleged entrenched military influence, was narrowly approved by national referendum on 7 August 2016. In October King Bhumibol Adulyadej died after 70 years on the throne. He was succeeded on 1 December by King Maha Vajiralongkorn Bodindradebayavarangkun (King Rama X), who signed the new Constitution in April 2017. Thailand remained under military rule until 2019, when after several earlier postponements of promised polls, a general election finally took place on 24 March. The opposition Pheu Thai party, linked to the Thaksin family, won the most seats in the House of Representatives, but in June the appointed Senate and elected House of Representatives together elected incumbent premier and the head of the military junta, Gen. Prayuth, as Prime Minister. Bangkok is the capital. The national language is Thai.

The Bolivarian Republic of Venezuela lies on the north coast of South America. Venezuela was a Spanish colony from 1499 until 1821 and, led by Simón Bolívar, achieved independence in 1830. The country was principally governed by dictators until 1945. In 1992 two unsuccessful military coups were mounted against President Pérez, the first of which was led by Lt-Col (retd) Hugo Rafael Chávez. In 1998 Chávez was elected President. Chávez died in 2013 and was succeeded by his Vice-President Nicolás Maduro. Maduro was re-elected in 2018, although the election was boycotted by most of the opposition. Caracas is the capital. The language is Spanish.

Learn a new language from one of the countries represented today

(This is a list of relevant languages available through either Mango Languages or Transparent Language Online, linked below)

Learn to speak another language!