The Italian Republic mainly comprises a peninsula, extending from southern Europe into the Mediterranean Sea. The Kingdom of Italy was proclaimed in 1861 and the country was unified in 1870. In 1946 Italy became a republic. Until 1963 the Partito della Democrazia Cristiana (DC) held power unchallenged. The remainder of the century was marked by the rapid succession of mainly coalition governments. At an early general election held in February 2013, the centre-left coalition narrowly won the largest share of votes in the Chamber of Deputies. However, there was no overall winning coalition in the Senate, which allocates seats on a regional basis rather than on overall share of the vote. Following lengthy negotiations, a ‘grand coalition’ was finally formed in May, with Enrico Letta as Prime Minister. Following Letta’s resignation in February 2014, a new coalition was formed under Matteo Renzi. Renzi resigned in December 2016 and was replaced by Paolo Gentiloni Silveri. Rome is the capital. Italian is the principal language.

The Italian Republic is situated in southern Europe. Mainland Italy comprises a long peninsula, which stretches from the Alps, along the borders with France to the north-west, Switzerland and Austria to the north and Slovenia to the north-east, south into the Mediterranean Sea. Several adjacent islands form part of the Republic, the largest of which are Sardinia (Sardegna) to the west and Sicily (Sicilia) to the south-west. Within its territory two small city-states remain independent—San Marino, near Emilia-Romagna and the Marche in central Italy, and the Vatican City in Rome. Italy covers an area of 301,336 sq km (116,346 sq miles). 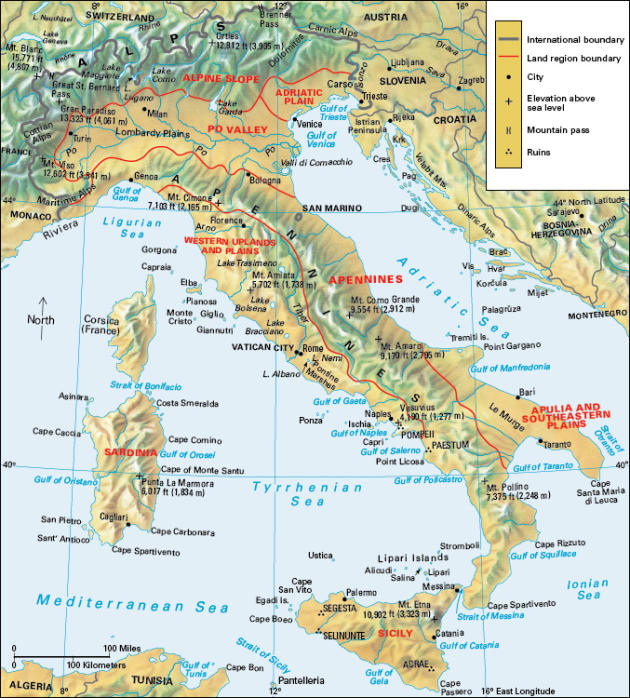 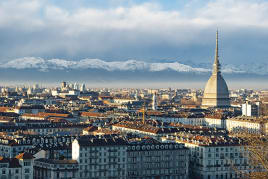 The Po Valley is the richest and most modern agricultural region in Italy, and its land is almost totally cultivated. It is also Italy's most densely populated region, with many cities and a growing number of industrial suburban towns. Milan and Turin, in the western part of the valley, are at the center of the most heavily industrialized part of Italy. 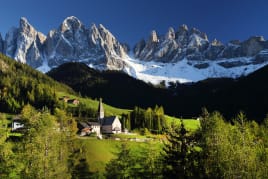 Village in the Dolomites

The Alpine Slope runs across the northernmost part of Italy. Its landscape includes huge mountains and deep valleys. Forests of beech, oak, and chestnut trees grow at the lower levels of the mountains. Higher levels feature grasslands and conifer forests...The people of the Alpine region live in small, scattered communities, and make their living by farming and herding. Many tourists visit the Alps to ski. 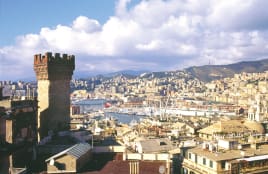 Life in northern Italy differs in many ways from that in southern Italy. The north is richer, more urbanized, and more industrial than the south. Service industries and manufacturing and construction employ the most people in both areas. But the percentage of people who work in agriculture is much higher in the south than in the north. 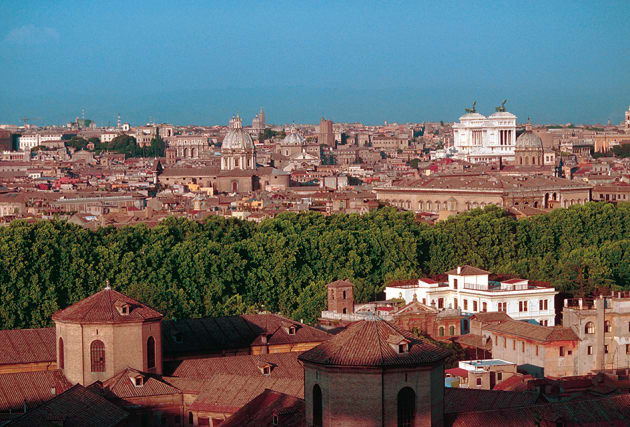 The country boasts several world-famous cities. Rome, the capital and largest city of Italy, was the center of the Roman Empire 2,000 years ago. Florence was the home of many artists of the Renaissance, a period of great achievements in the arts. Venice, with its intricate canal system, attracts tourists from all over the world. 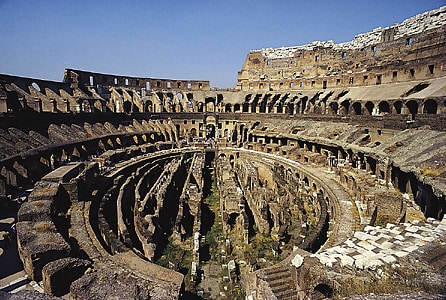 For nearly 1,500 years, starting about 1000 B.C., the history of Italy was largely the history of the Etruscans and of ancient Rome. The last Roman emperor, Romulus Augustulus, was defeated in Italy in A.D. 476 by a Germanic leader, Odoacer. His defeat marked the end of the western part of the Roman Empire. During most of the period from the fall of Rome until the Kingdom of Italy was established in 1861, the peninsula was divided into several smaller states. 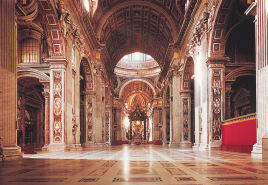 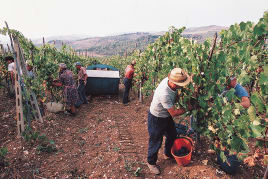 Grapes are one of Italy's most valuable crops. Most of the grapes are used to make wine. Italy is a leading wine-producing country, and its wines are exported throughout the world. Italy is one of the world’s leading producers of olives. Most are used to make olive oil, another valuable export. Italy is also one of the world's leading producers of apricots, artichokes, cauliflower, cherries, kiwi fruit, lettuce, peaches, and pears. Other fruit and vegetable crops include apples, oranges, potatoes, and tomatoes. 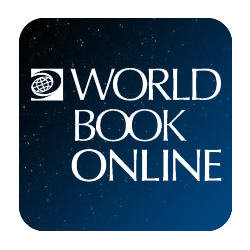 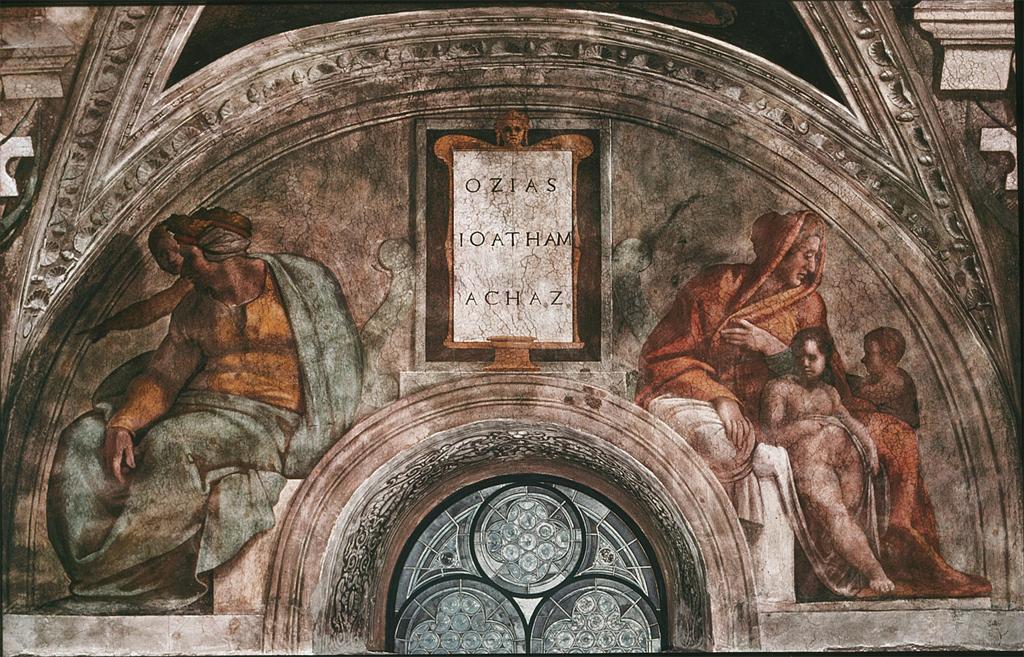 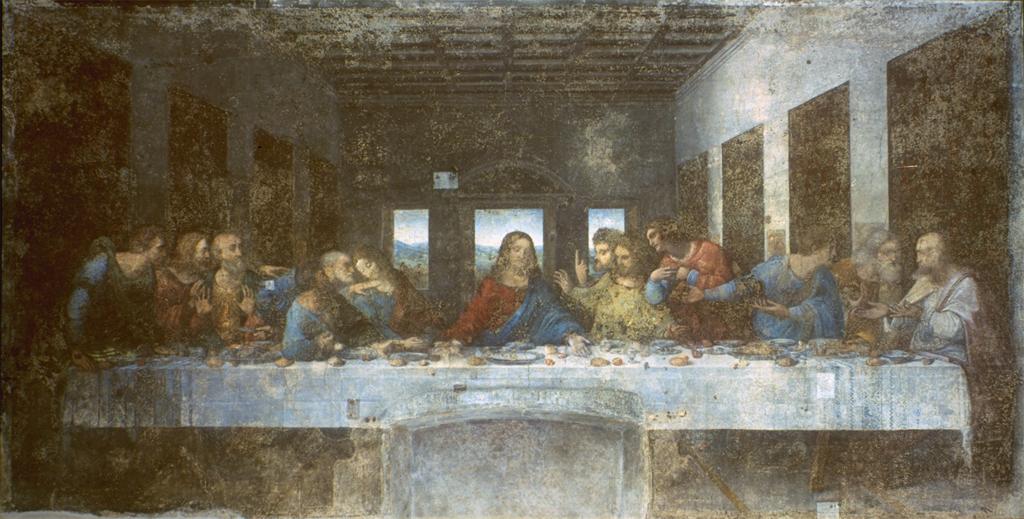 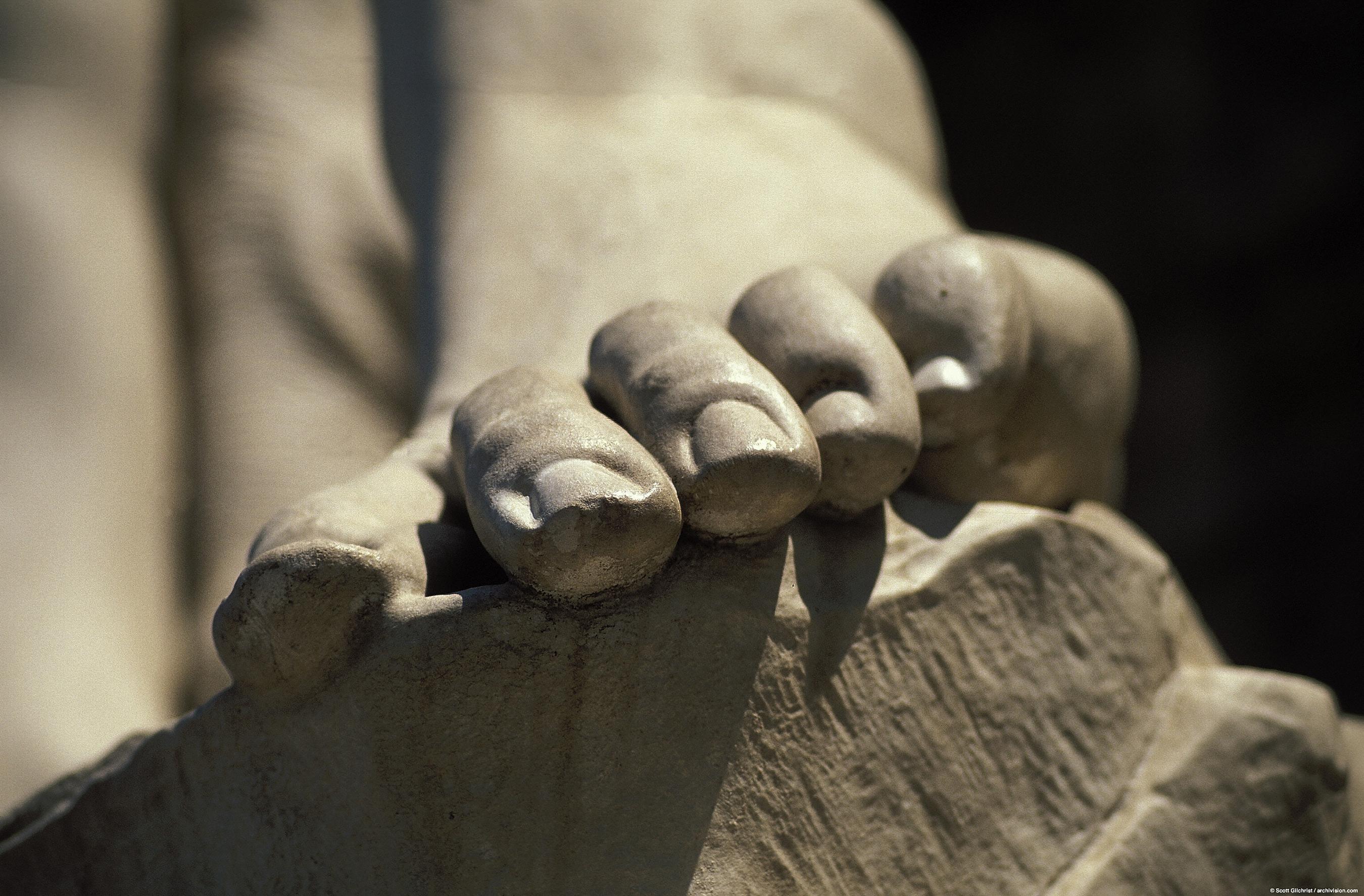 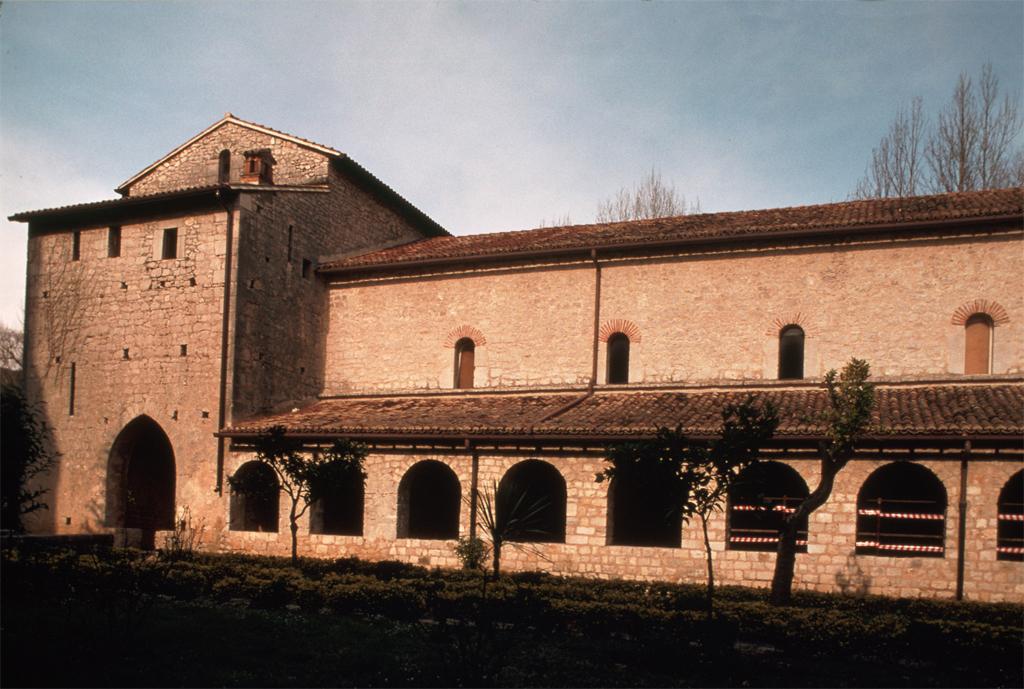 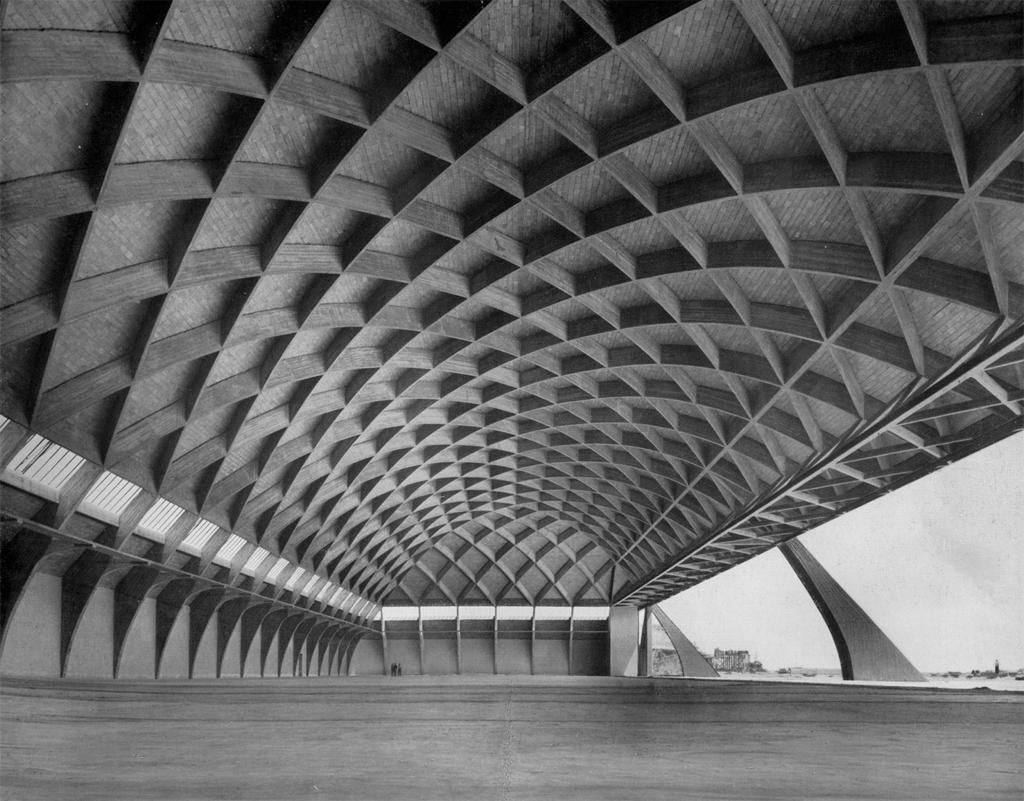 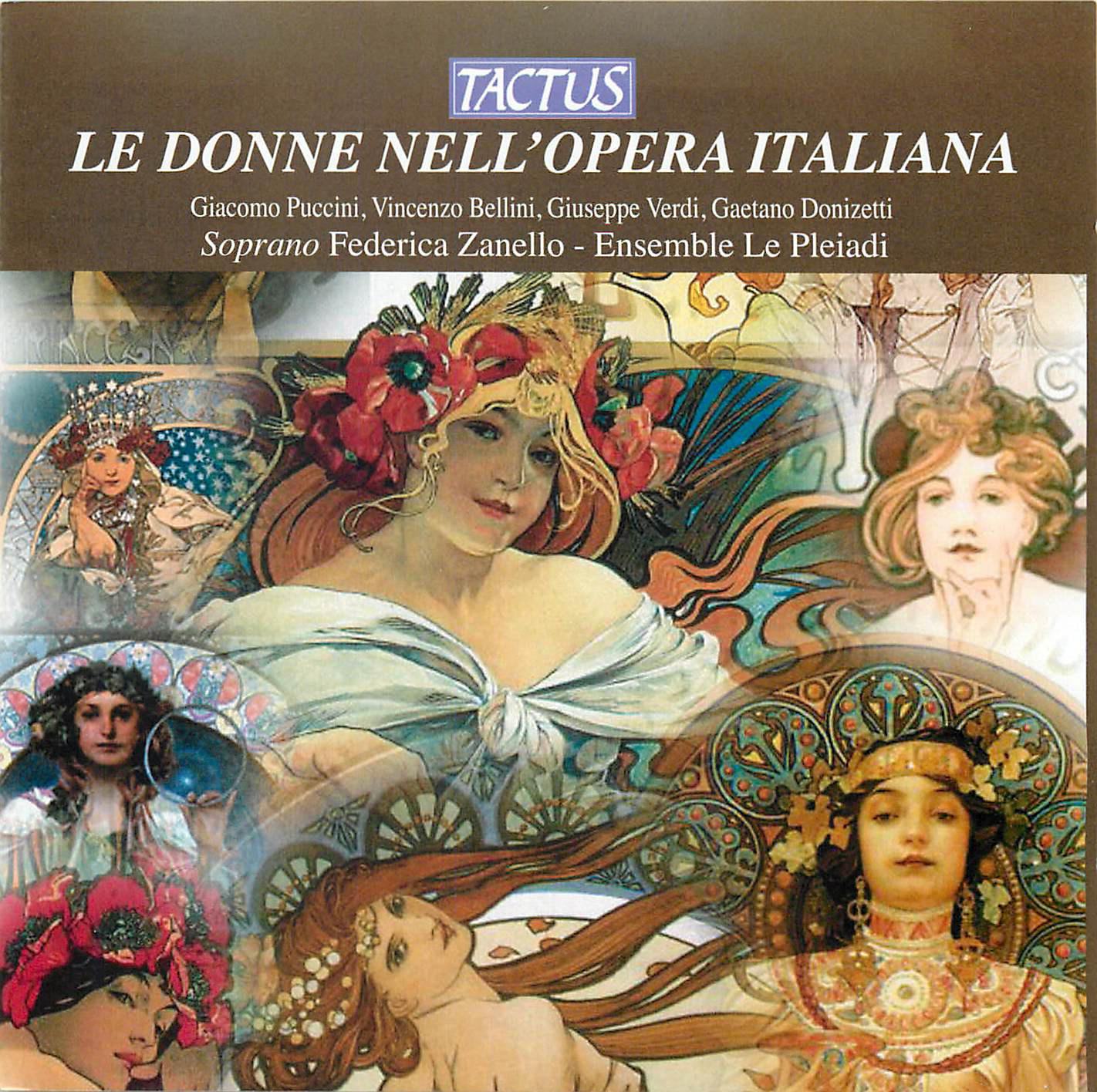 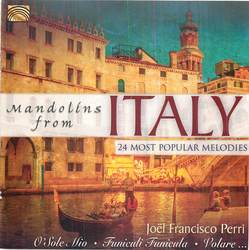 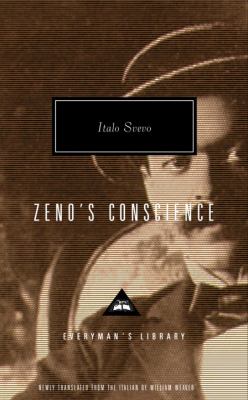 Italo Svevo's masterpiece tells the story of a hapless, doubting, guilt-ridden man paralyzed by fits of ecstasy and despair and tickled by his own cleverness. His doctor advises him, as a form of therapy, to write his memoirs; in doing so, Zeno reconstructs and ultimately reshapes the events of his life into a palatable reality for himself-a reality, however, founded on compromise, delusion, and rationalization...Zeno's Conscience is at once a comedy of errors, a sly testimonial to the joys of procrastination, and a surpassingly lucid vision of human nature by one of the most important Italian literary figures of the twentieth century. 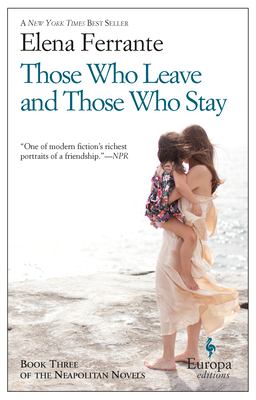 Those Who Leave and Those Who Stay

Soon to be an HBO series, book three in the New York Times bestselling Neapolitan quartet about two friends in post-war Italy is a rich, intense, and generous-hearted epic by one of today's most beloved and acclaimed writers, Elena Ferrante, "one of the great novelists of our time." (Roxana Robinson, The New York Times) In the third book in the Neapolitan quartet, Elena and Lila, the two girls whom readers first met in My Brilliant Friend, have become women...They are afloat on the great sea of opportunities that opened up during the nineteen-seventies. Yet they are still very much bound to each other by a strong, unbreakable bond. 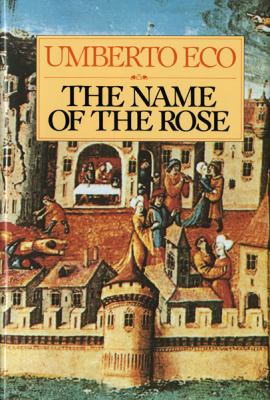 The Name of the Rose

It is the year 1327. Franciscans in an Italian abbey are suspected of heresy, but Brother William of Baskerville’s investigation is suddenly overshadowed by seven bizarre deaths. Translated by William Weaver. A Helen and Kurt Wolff Book 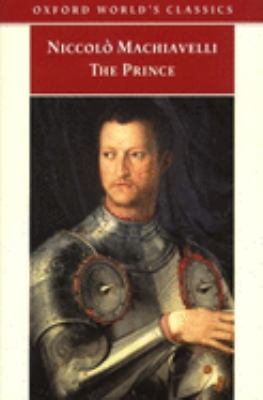 Described both as a practical rule-book containing timeless precepts for the diplomat and as a handbook of evil, this work of great originality--based on first-hand experience--provides a remarkably uncompromising picture of the true nature of power. 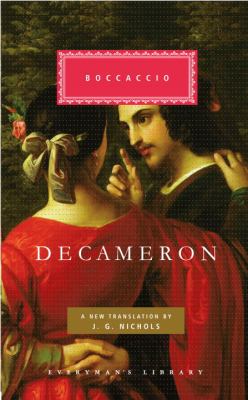 In the summer of 1348, with the plague ravaging Florence, ten young men and women take refuge in the countryside, where they entertain themselves with tales of love, death, and corruption, featuring a host of characters, from lascivious clergymen and mad kings to devious lovers and false miracle-makers. Named after the Greek for "ten days," Boccaccio's book of stories draws on ancient mythology, contemporary history, and everyday life, and has influenced the work of myriad writers who came after him. 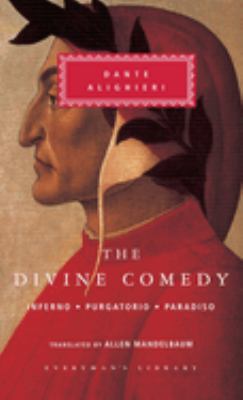 The Divine Comedy, translated by Allen Mandelbaum, begins in a shadowed forest on Good Friday in the year 1300. It proceeds on a journey that, in its intense recreation of the depths and the heights of human experience, has become the key with which Western civilization has sought to unlock the mystery of its own identity. Mandelbaum's astonishingly Dantean translation, which captures so much of the life of the original, renders whole for us the masterpiece of that genius whom our greatest poets have recognized as a central model for all poets.