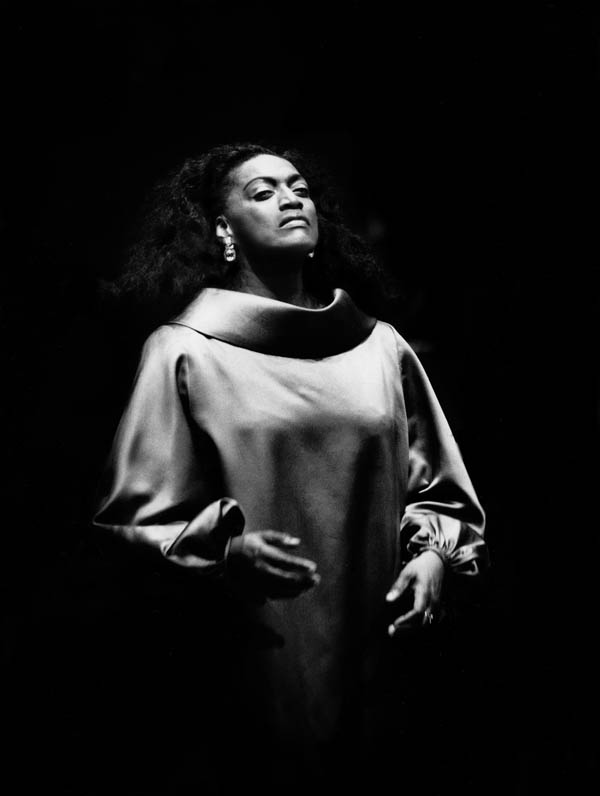 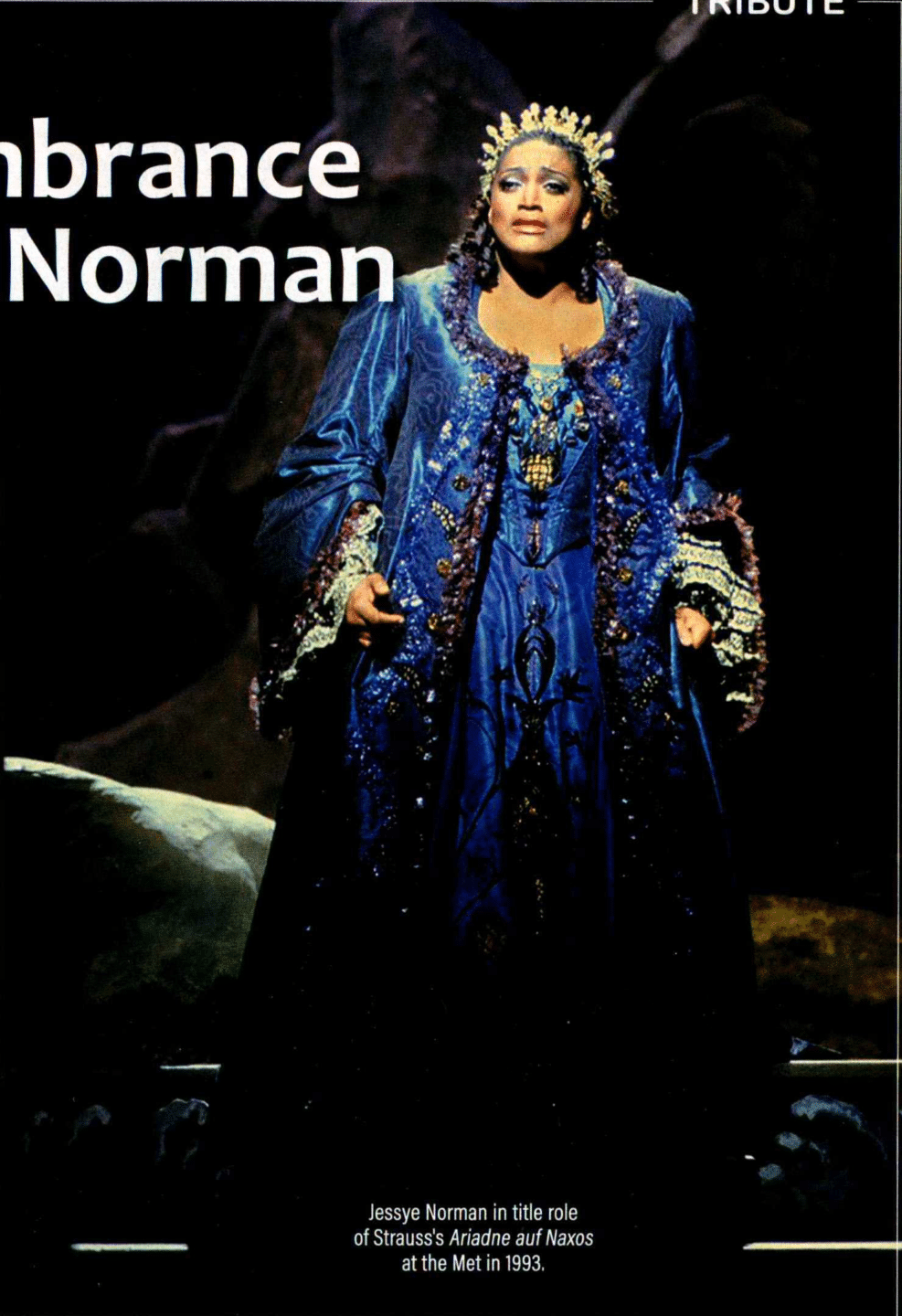 Jessye Norman in title role of Strauss's Ariadne auf Naxos at the Met in 1993. 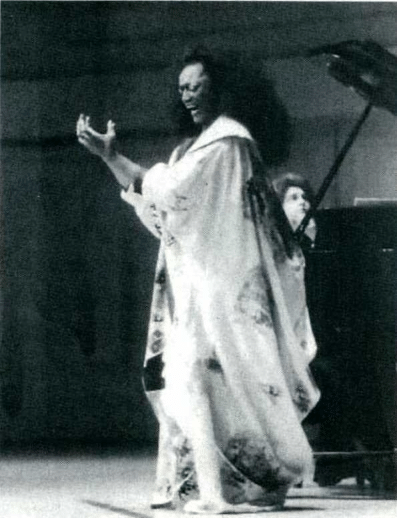 Member Laureate Jessye Norman performing at a University of Michigan concert in Ann Arbor, Michigan in the 1990s. 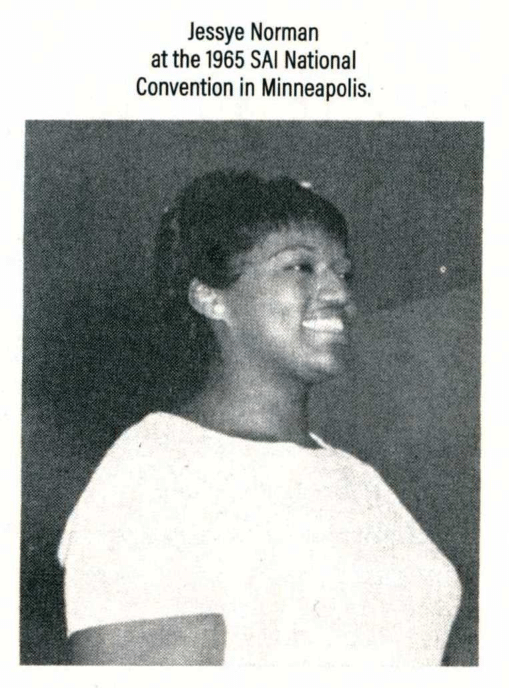 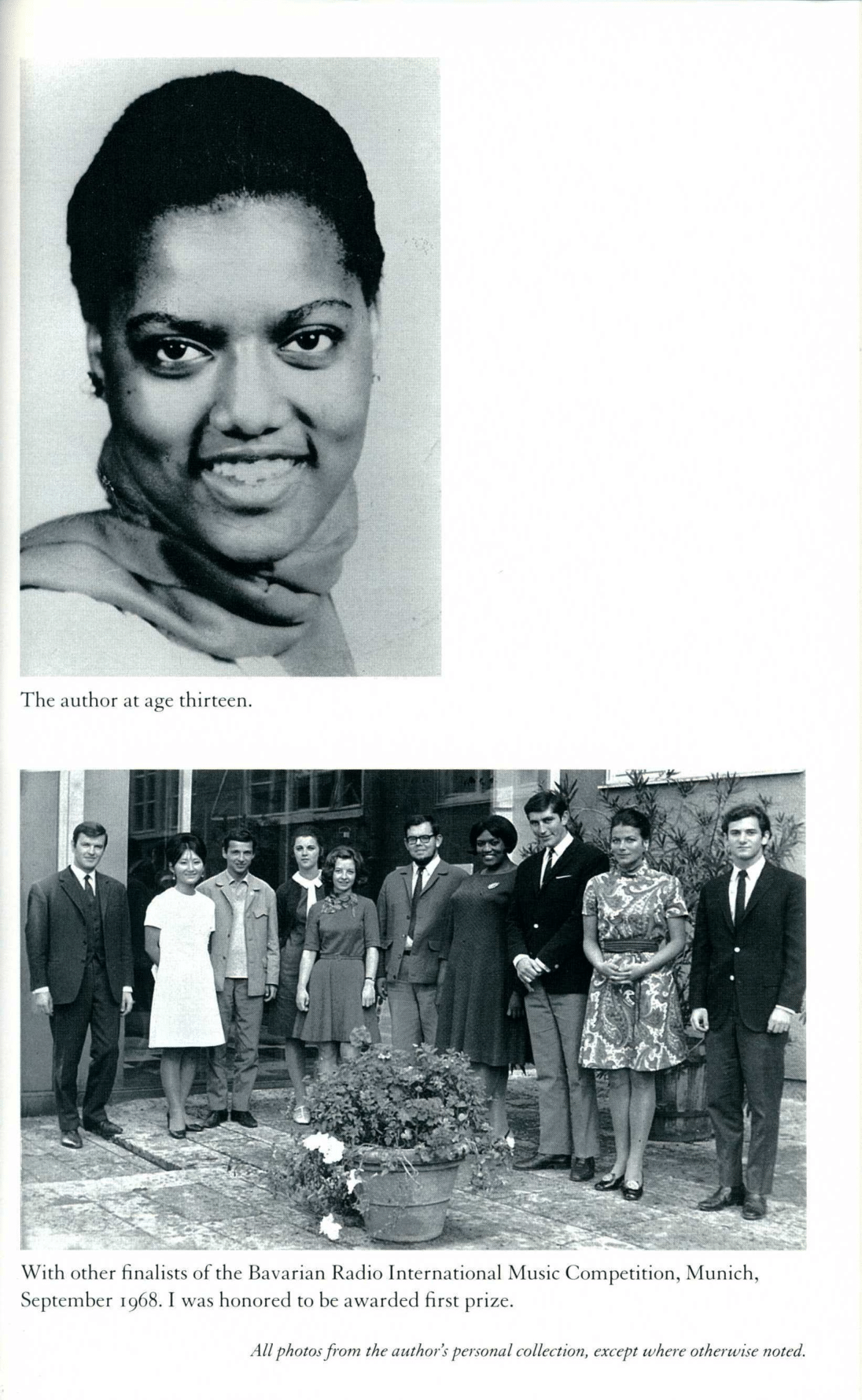 Top: The author at age thirteen.

Bottom: With other finalists of the Bavarian Radio International Music Competition, Munich, September 1968. I was honored to be awarded first prize. 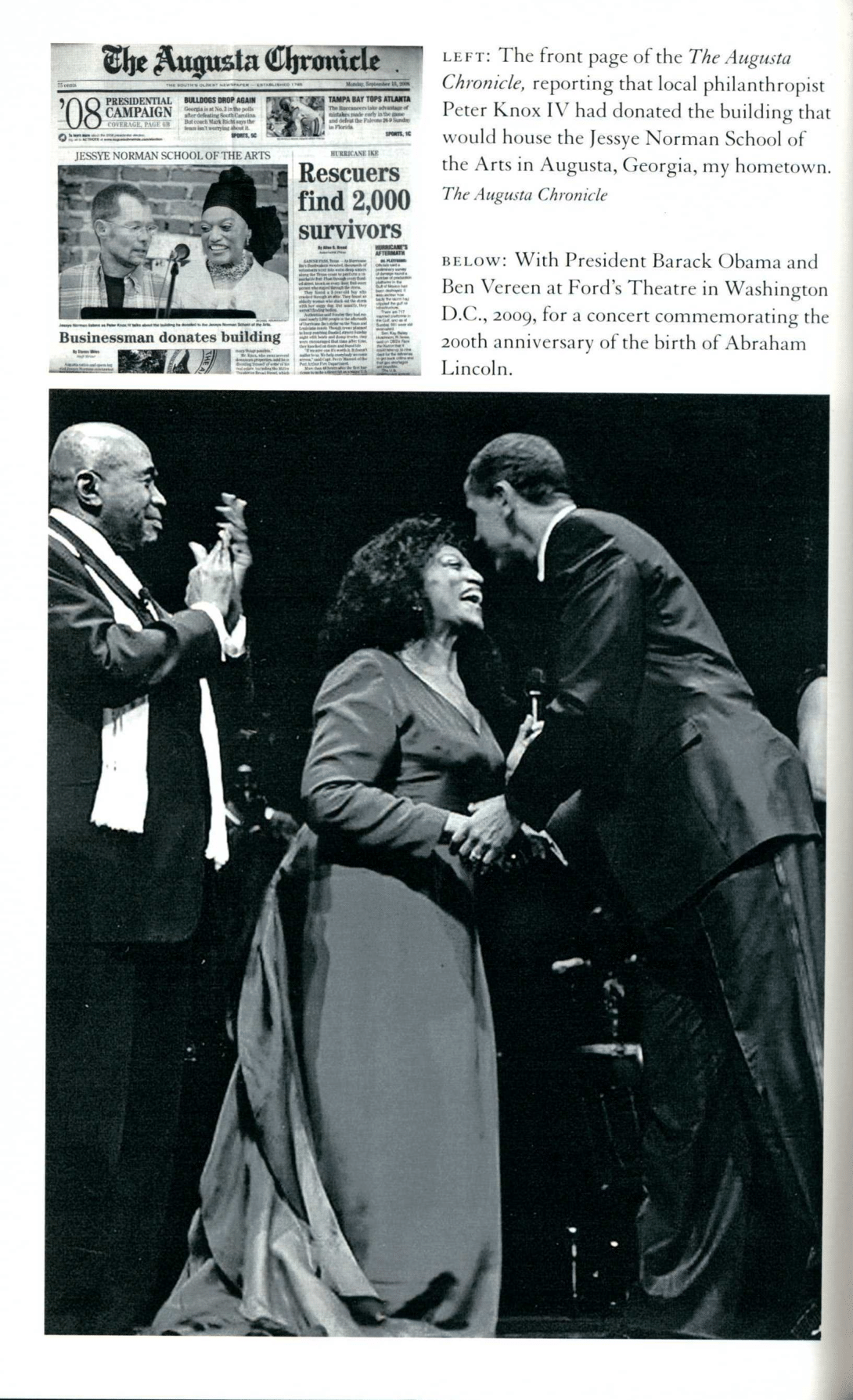 Below: With President Barack Obama and Ben Vereen at Ford's Theatre in Washington, D.C., 2009, for a concert commemorating the 200th anniversary of the birth of Abraham Lincoln. 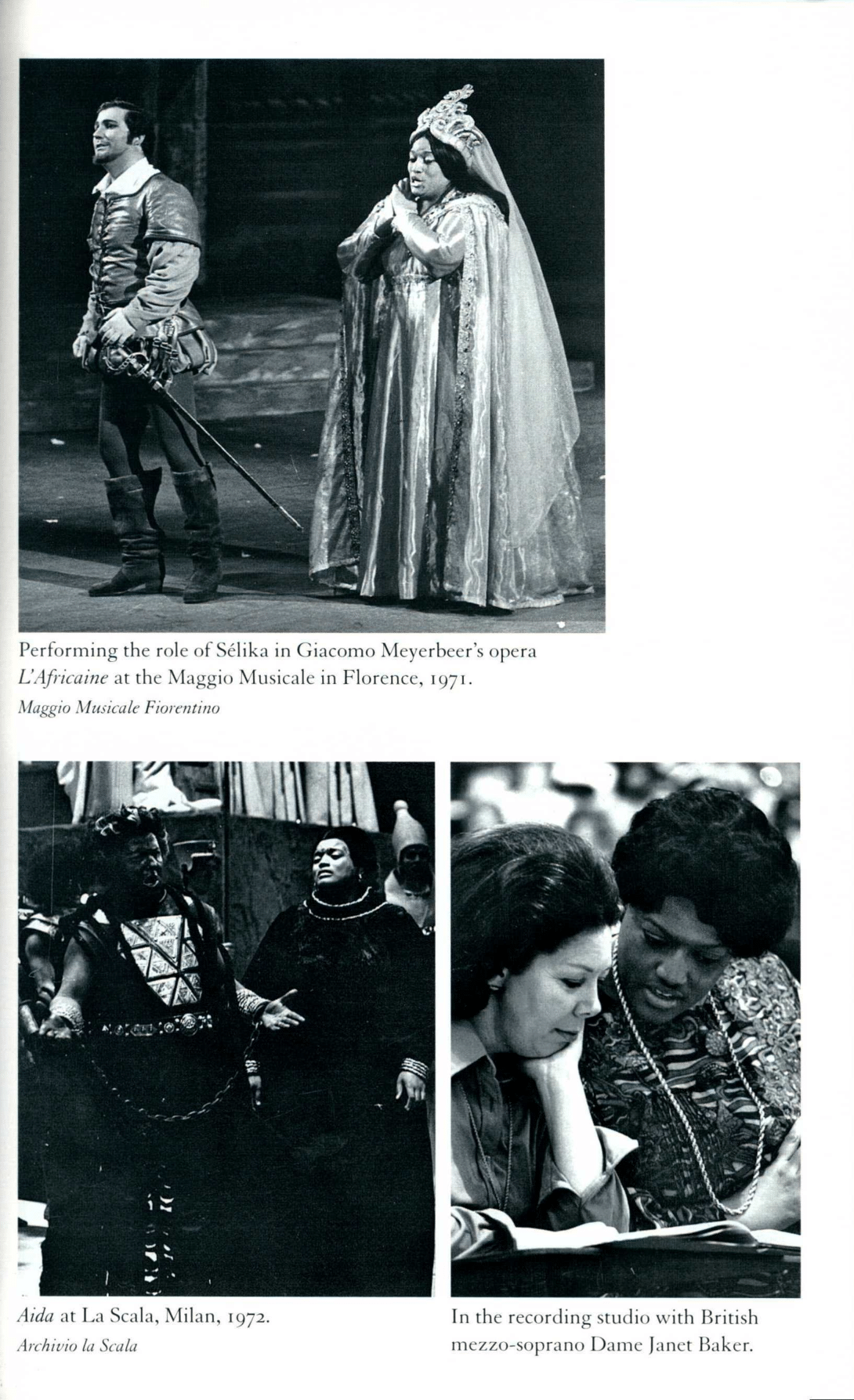 In the recording studio with British mezzo-soprano Dame Janet Baker. 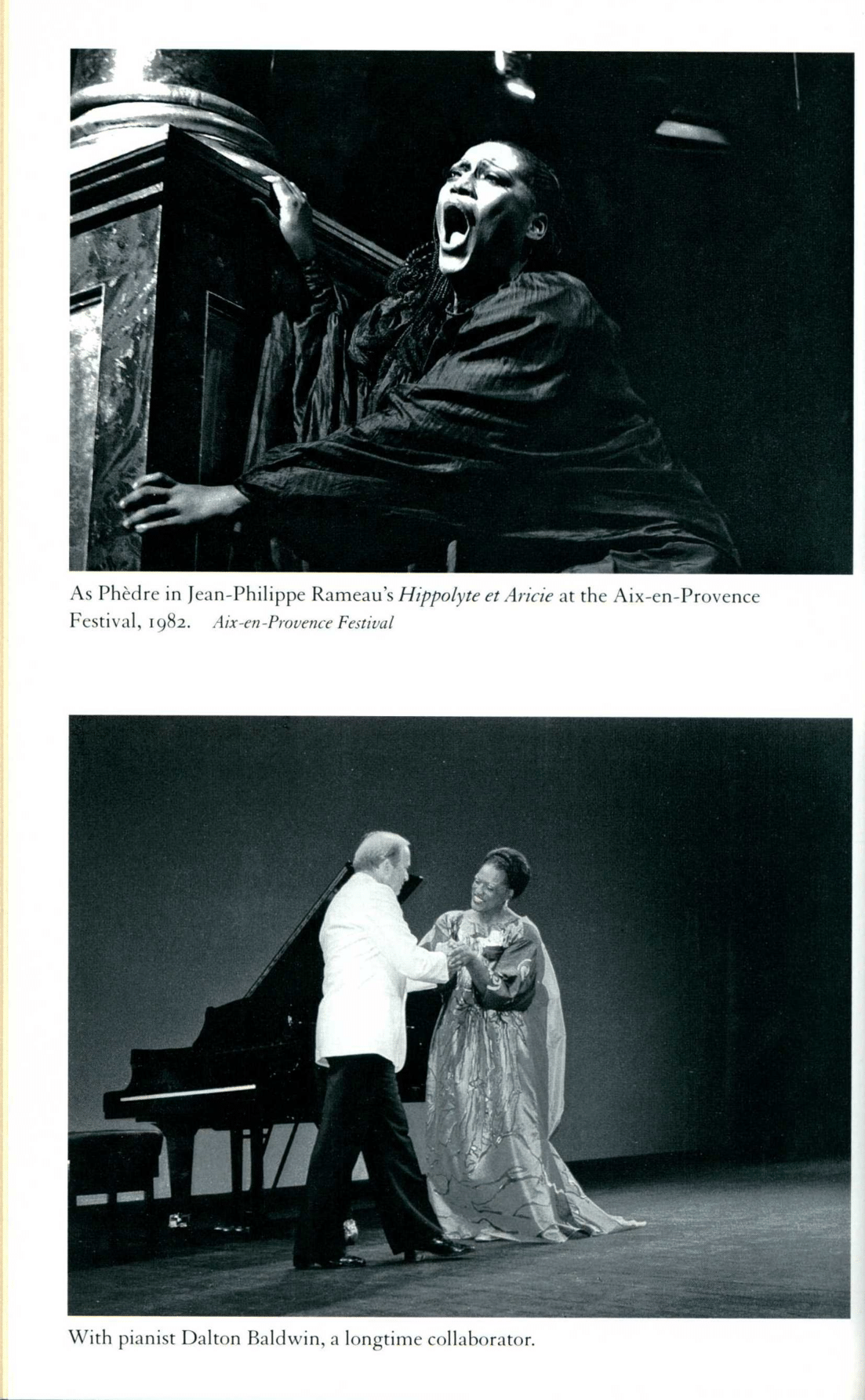 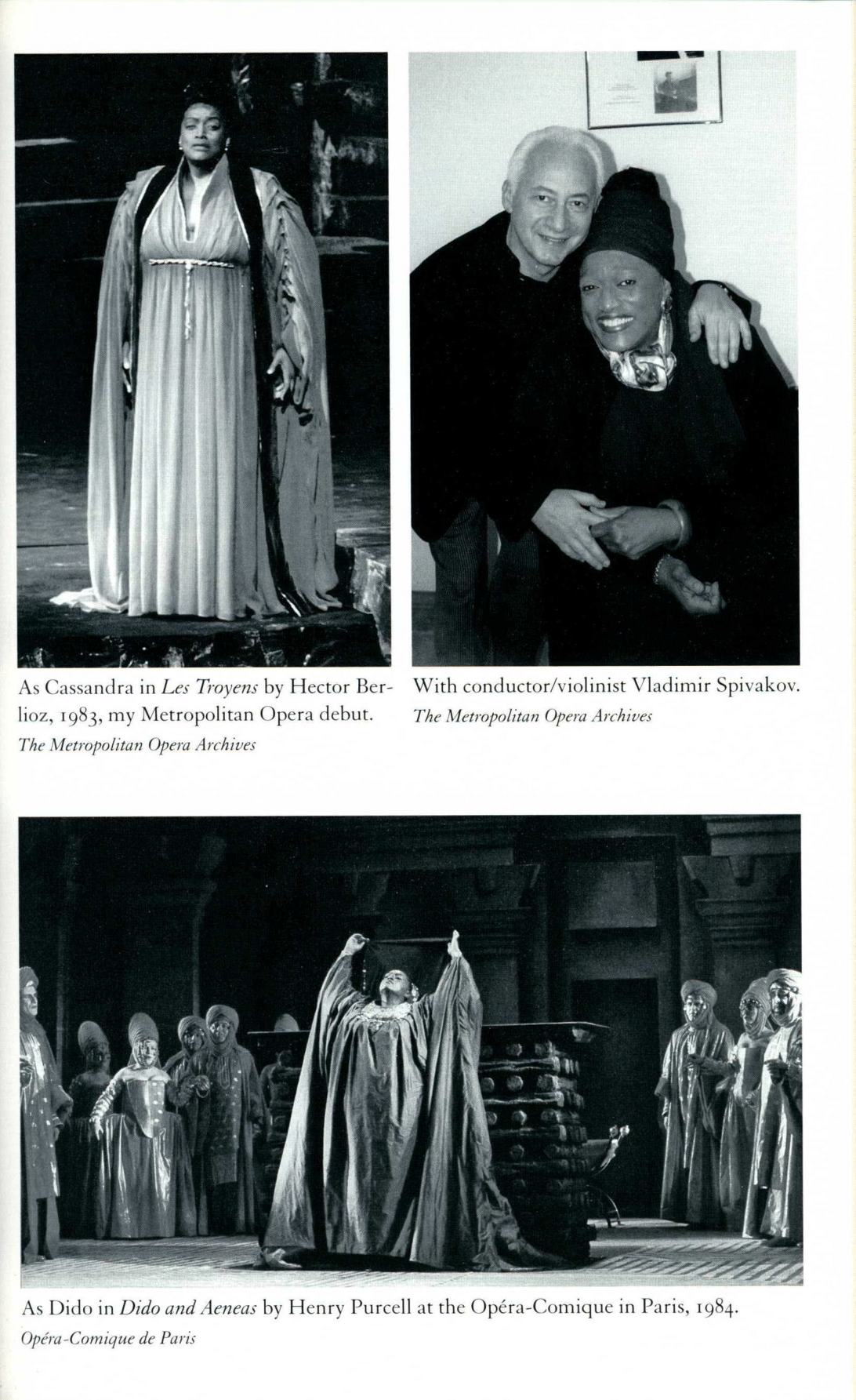 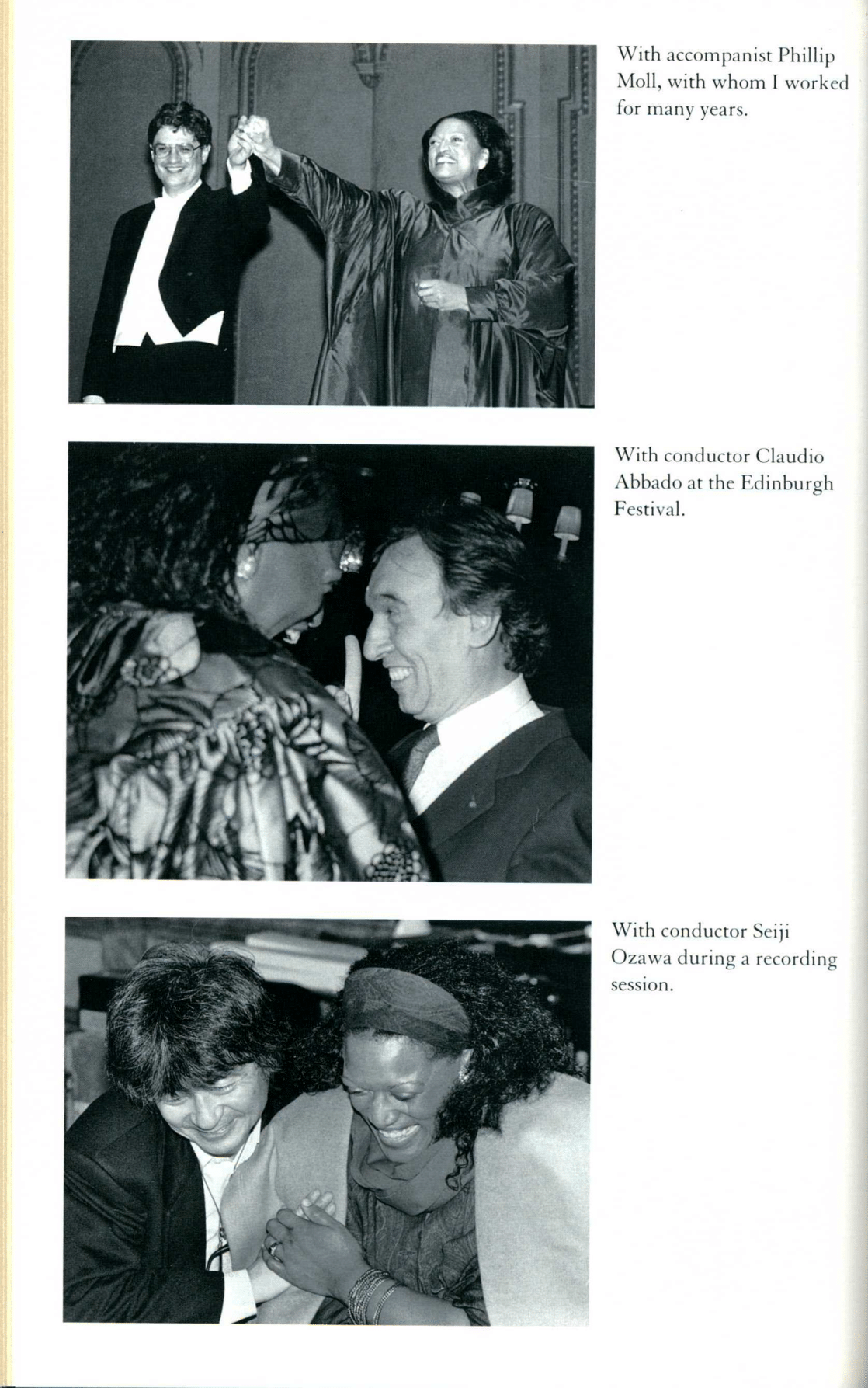 With accompanist Phillip Moll, with whom I worked for many years.

With conductor Claudio Abbado at the Edinburgh Festival.

With conductor Seiji Ozawa during a recording session. 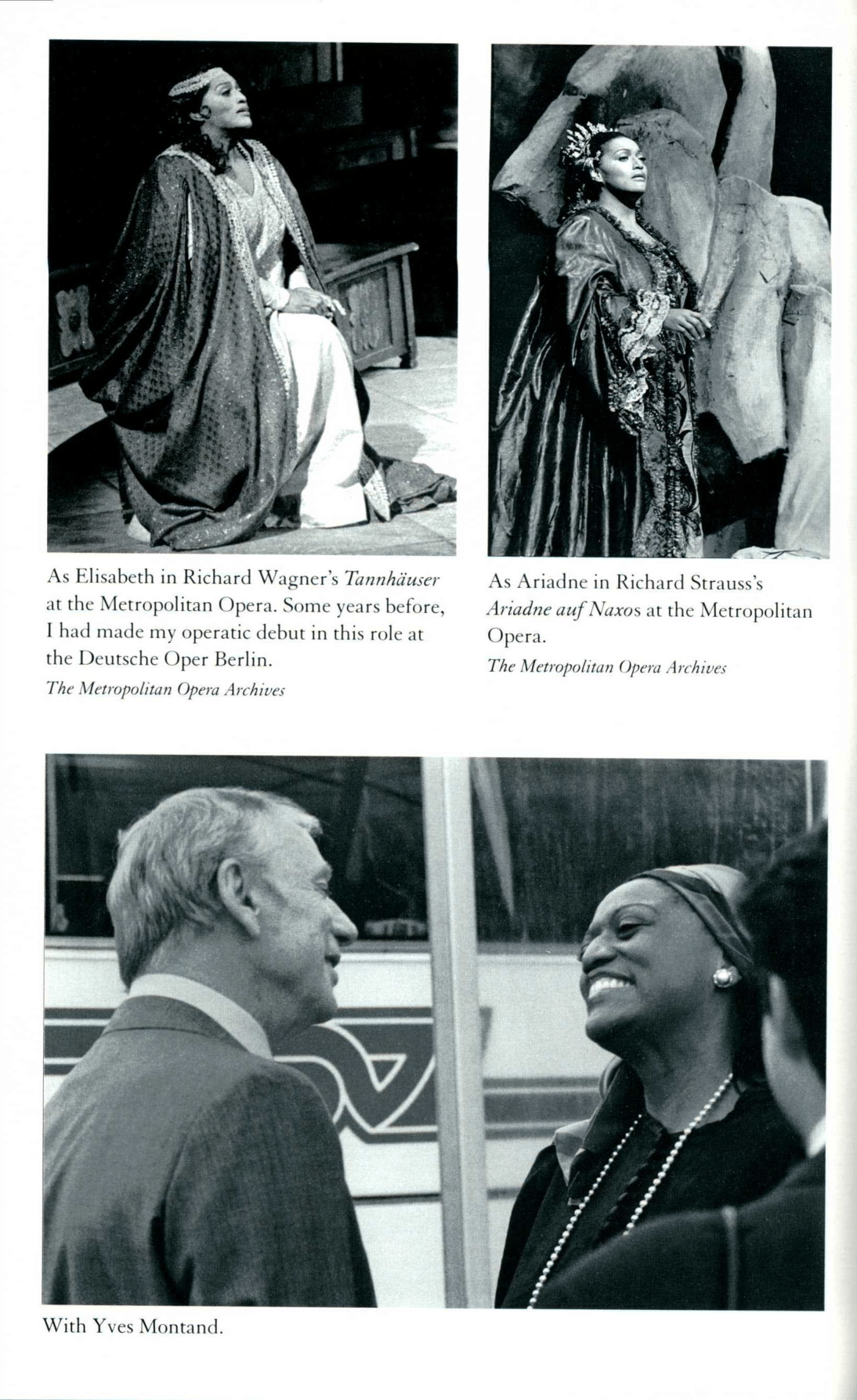 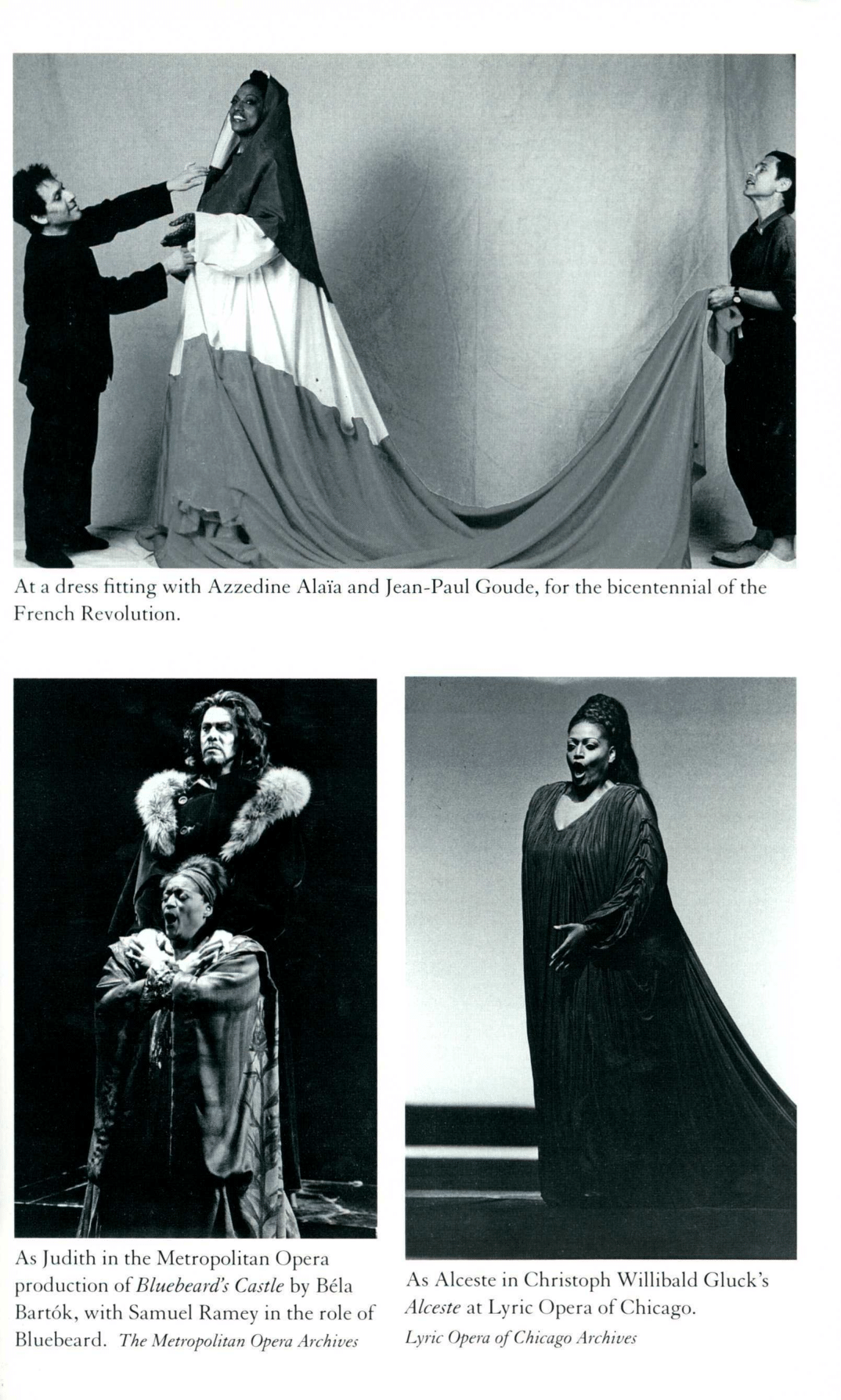 At a dress fitting with Azzedine Alaïa and Jean-Paul Goude, for the bicentennial of the French Revolution. 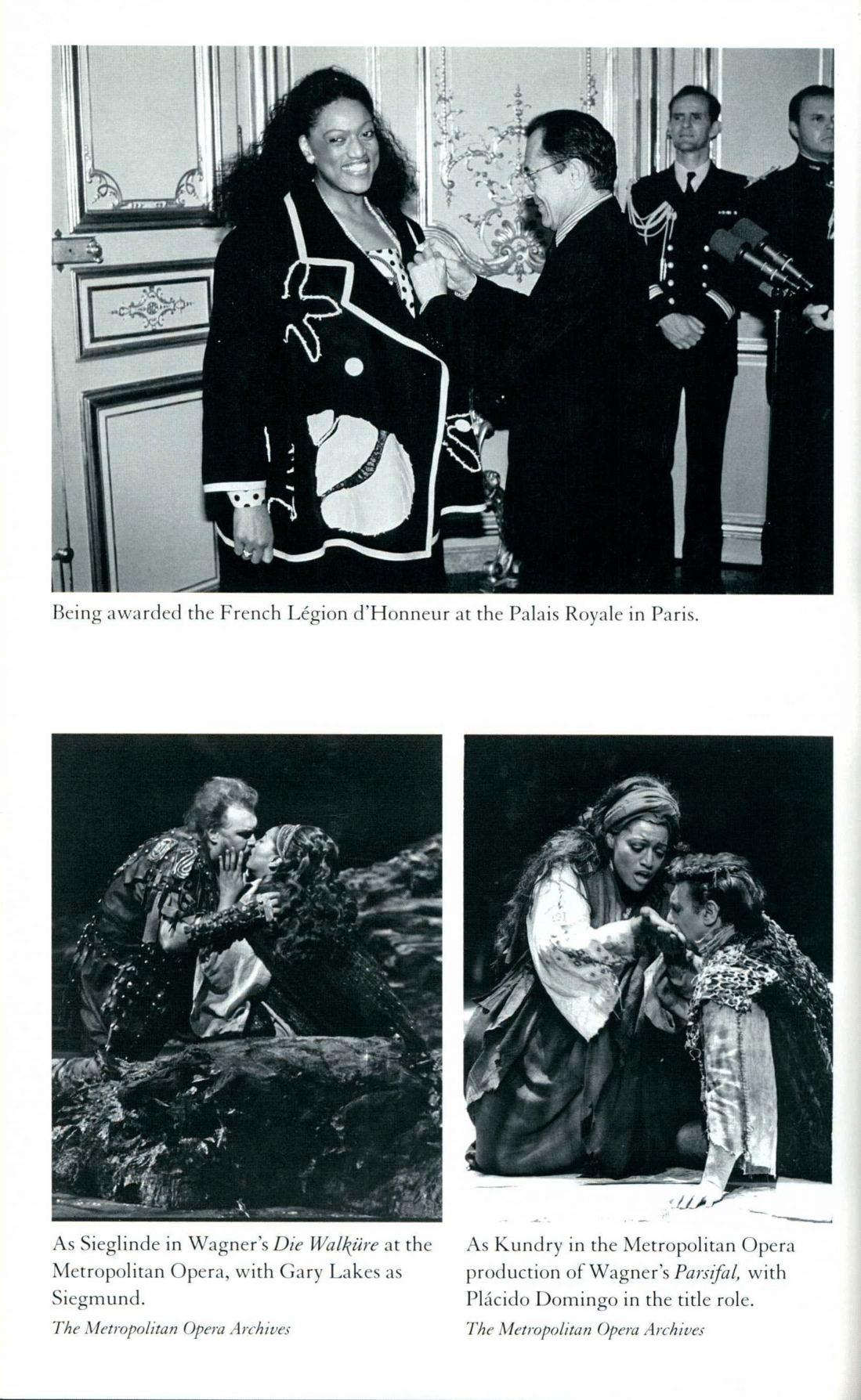 Being awarded the French Legion d'Honneur at the Palais Royale in Paris. 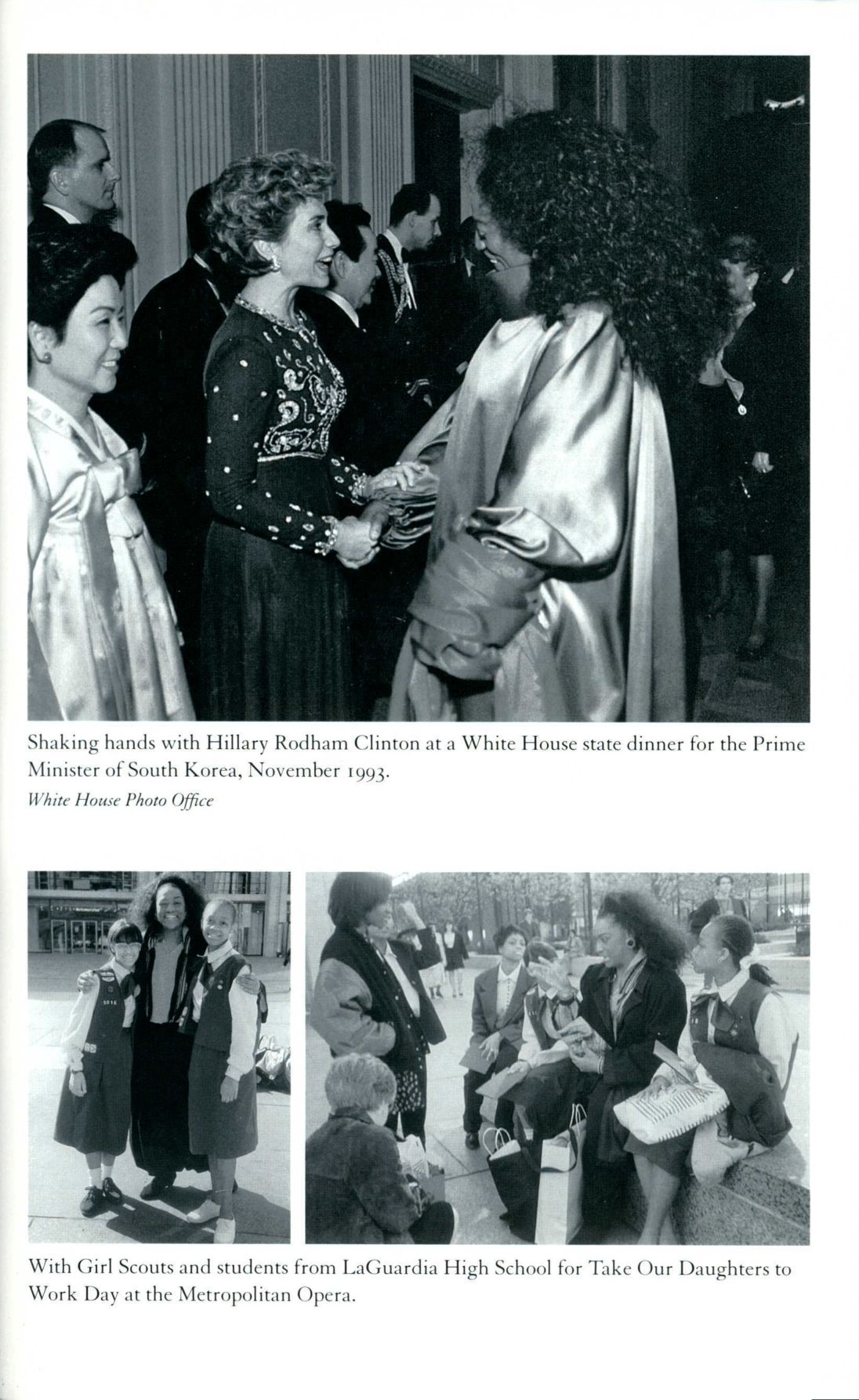 With Girl Scouts and students from LaGuardia High School for Take Our Daughters to Work Day at the Metropolitan Opera. 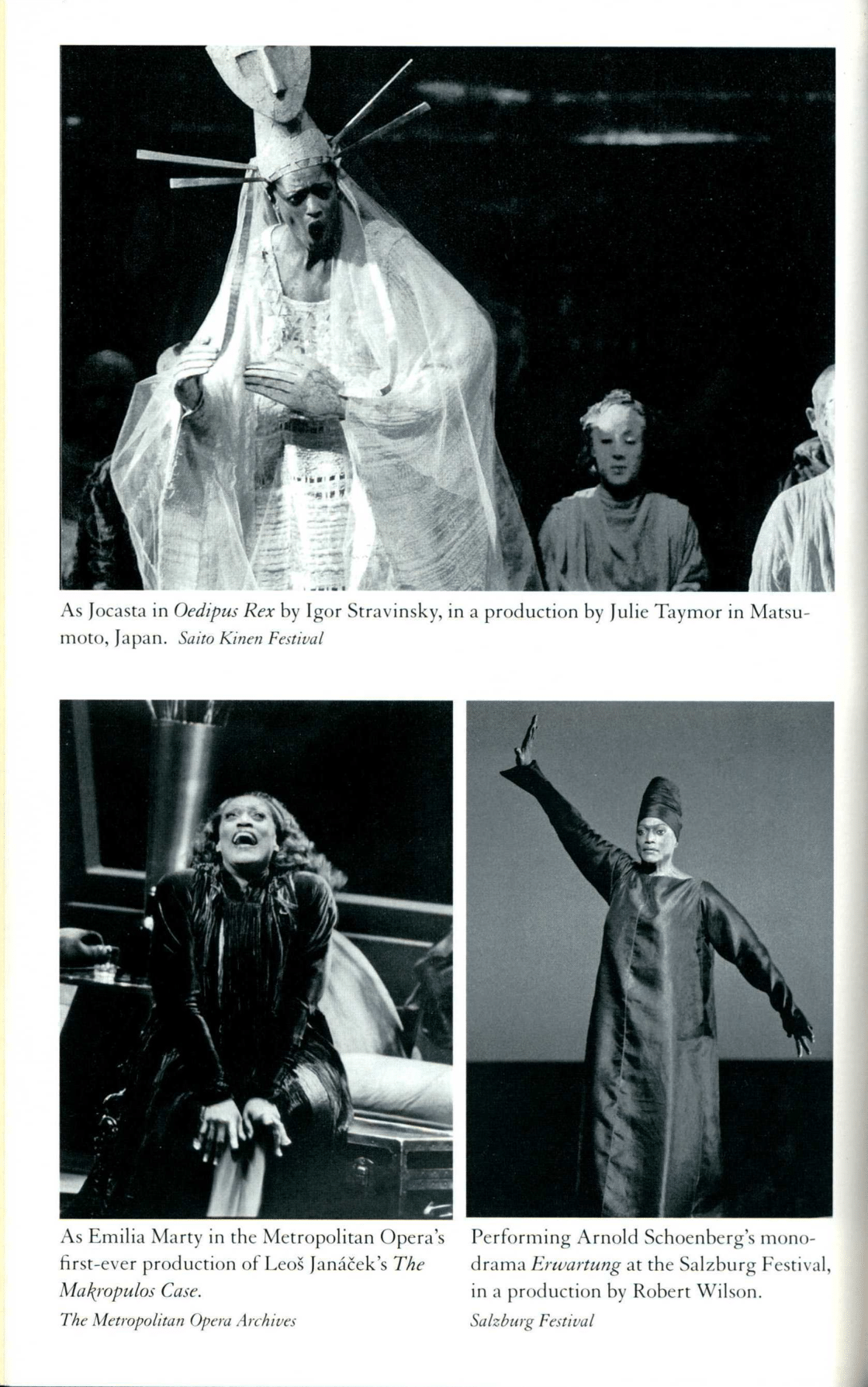 As Jocasta in Oedipus Rex by Igor Stravinsky, in a production by Julie Taymor in Matsumoto, Japan. Saito Kinen Festival

Performing Arnold Schoenberg's monodrama Erwantung at the Salzburg Festival, in a production by Robert Wilson. 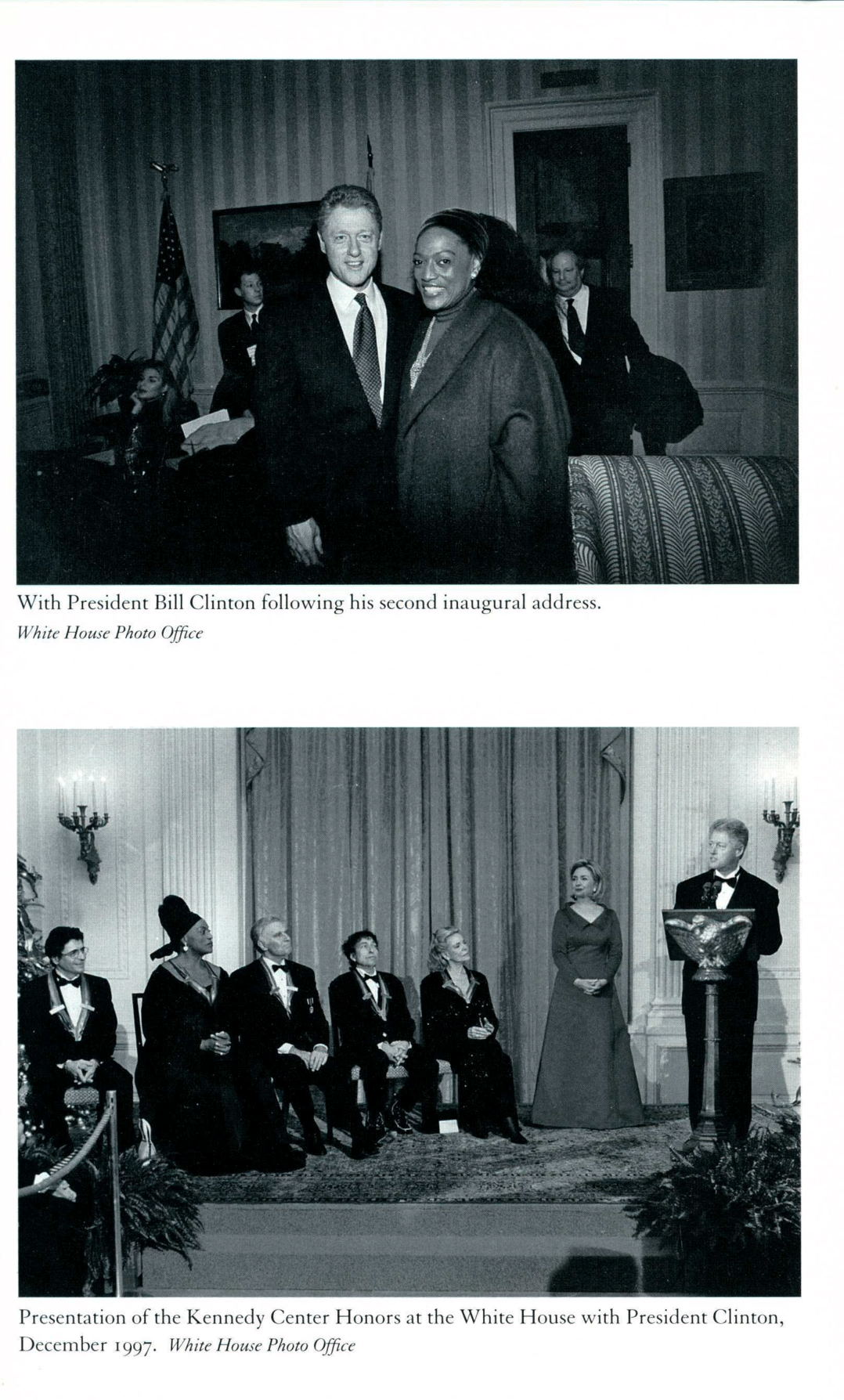 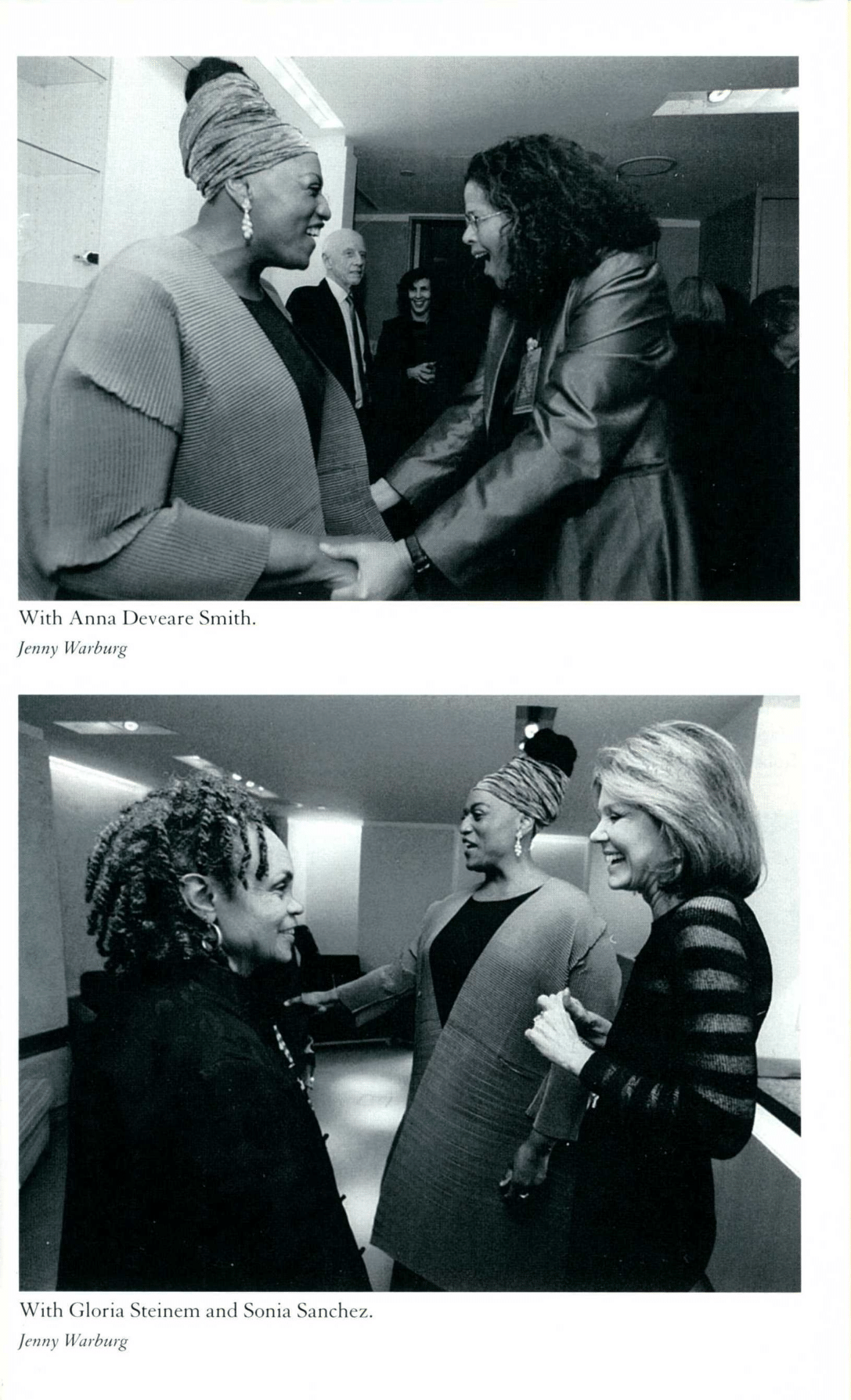 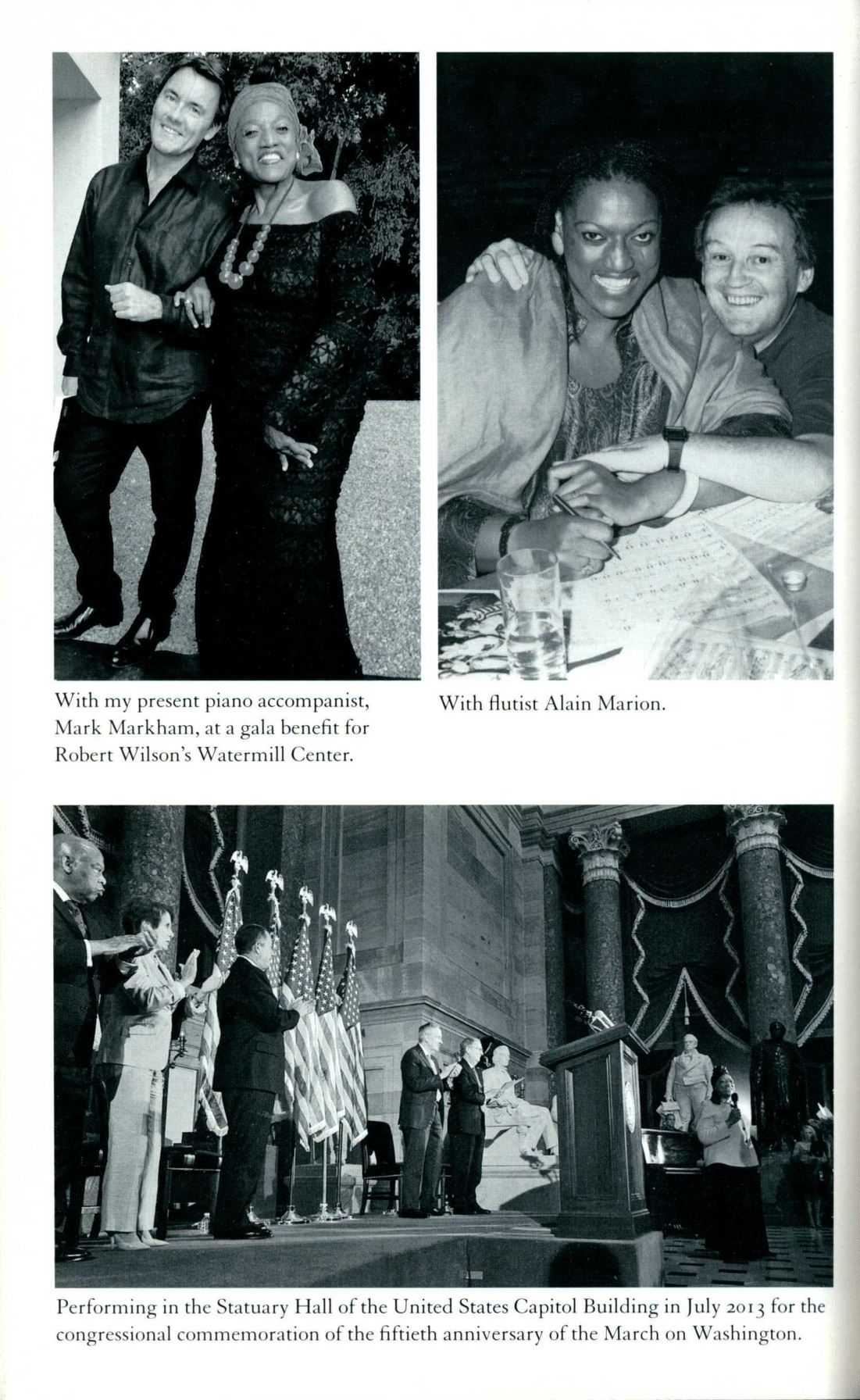 With my present piano accompanist, Mark Markham, at a gala benefit for Robert Wilson's Watermill Center.

Performing in the Statuary Hall of the United States Capitol Building in July 2013 for the congressional commemoration of the fiftieth anniversary of the March on Washington.

Jessye Norman is probably the best classical crossover diva since Eileen Farrell. Spirituals, jazz, swing, blues, slow ballads--she manages all supremely well here, without any artifice. The material comes mostly from German concerts, and Norman wows the crowd the way Ella, Lena, the Duke, Thelonius Monk, and the other pop greats represented here did. She wisely avoids copying them. 'Stormy Weather', for example, is not a Lena Horne impersonation. It's Jessye Norman singing in her own sexy, sultry voice. She doesn't sound like an opera singer trying to do pop. The voices she uses and her feel for the musical idioms sound completely natural (as was the case with Farrell). The arrangements are excellent, and Carmen's 'Habanera' swing style is another highlight. The backup ensemble of piano, double bass, drums, trumpet, saxophone, and clarinet complements Norman very nicely and also does some fine work on instrumental tracks. Miss Norman's pretentious notes, which attempt to saddle the background of this music with historical significance, could have been toned down a bit.

Jessye Norman was one of the greatest singers who ever lived.

Jessye Norman was one of the greatest singers who ever lived. She was a soprano, and a mezzo-soprano--both. She could also sing contralto. Her voice was one of the most beautiful, and interesting, anyone ever heard. She was a tremendously versatile singer. She sang virtually every type of song and opera role. The language, period, and style were no problem to her. Norman was born in 1945 in Augusta, Ga., where she grew up. She has now died in Manhattan. She will live on in the memories of the millions who heard her, and she will live on through recordings, too. Her lavish talents are a gift to the world at large.

"American soprano Jessye Norman, 74, died on September 30 at a hospital in Manhattan from multiple organ failure and septic shock. She had suffered a spinal-cord injury in 2015. Critic Tim Page once wrote, "Where Ms Norman was concerned, all of the cliches ring true: this gigantic woman (6'1") with the gigantic voice is one of a kind." Her repertoire ranged from Purcell to Poulenc; add jazz and Negro spirituals as well. She last sang at the Metropolitan Opera in 2002. She sang at the second inaugurations of both Ronald Reagan and Bill Clinton, and was awarded the National Medal of Arts in 2009 by Barack Obama. Many described her appearance as regal; she once said, "I do not consider my blackness a problem. I think it looks rather nice." Amen."

(b Augusta, GA, Sept 15, 1945; d New York, Sept 30, 2019). American soprano. She studied at Howard University, the Peabody Conservatory, and the University of Michigan (with, among others, Pierre Bernac and Elizabeth Mannion). She won the Munich International Music Competition in 1968 and made her operatic début in 1969 at the Deutsche Oper, Berlin, as Elisabeth (Tannhäuser), later appearing there as Countess Almaviva. Further engagements in Europe included Aïda at La Scala and Cassandra at Covent Garden, both in 1972. The following year she returned to Covent Garden as Elisabeth. For her American stage début she sang Jocasta in Stravinsky’s Oedipus Rex and Purcell’s Dido with the Opera Company of Philadelphia (1982); she appeared first at the Metropolitan Opera in 1983, once again as Cassandra. Other roles she sang include Gluck’s Alcestis, Strauss’s Ariadne, Madame Lidoine (Dialogues des Carmélites), the Woman (Erwartung), Emilia Marty (The Makropulos Affair), Bartók’s Judith, and Wagner’s Kundry and Sieglinde.

Norman sang in the Metropolitan Opera’s production of Strauss’s Ariadne auf Naxos (1993) in the 1990s, and she took part in numerous galas and benefit performances, including the ‘Tribute in Light’ memorial concert in New York City to honor those who died on 9/11. She continued her recital career, and expanded her repertoire to include Duke Ellington (Sacred Concerts at the Cathedral Church of St John the Divine, New York, 2009).

Norman had a commanding stage presence; her particular distinction lay in her ability to project drama through her voice. Her opulent and dark-hued soprano was richly vibrant in the lower and middle registers, if less free at the top; although her extraordinary vocal resources were not always perfectly controlled, her singing revealed uncommon refinement of nuance and dynamic variety. Her operatic recordings include Countess Almaviva; Haydn’s Rosina (La vera costanza) and Armida, Leonore, Euryanthe; Verdi’s Giulietta (Un giorno di regno) and Medora (Il corsaro), Carmen, Ariadne, Salome; and Offenbach’s Giuletta and Helen. Norman also appeared in jazz concerts including, in 1982, her own show A Great Day in the Morning. As her many discs reveal, she was also a penetrating interpreter of lieder and melodies, at her finest in the broader canvases of Mahler, Richard Strauss (whose Vier letzte Lieder she recorded with distinction), and Debussy.

Norman received a number of honorary doctorates (including Howard University and University of the South), the Kennedy Center Honors (1997), and the title of Commandeur de l’Ordre des Arts et des Lettres from the French government (1984); she was made an Honorary Ambassador to the United Nations (1990). She was on the board of a number of organizations, including the New York Public Library and the Board of Trustees of Paine College in Augusta, Georgia.

Her Autobiography, "Stand Up Straight and Sing!"

Audio/Visual Materials in Our Collection 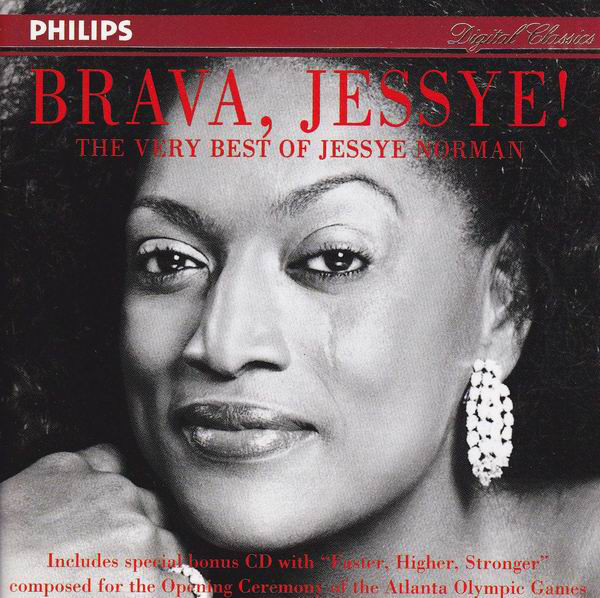 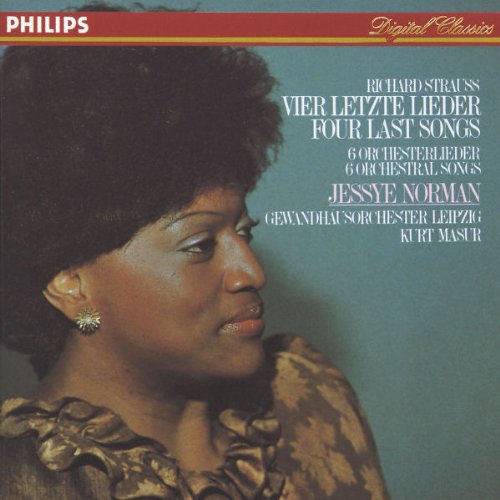 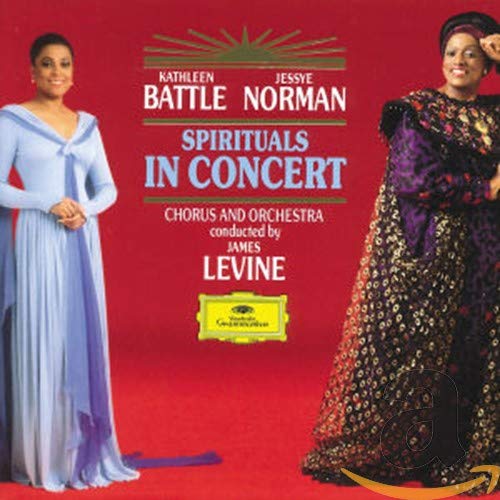 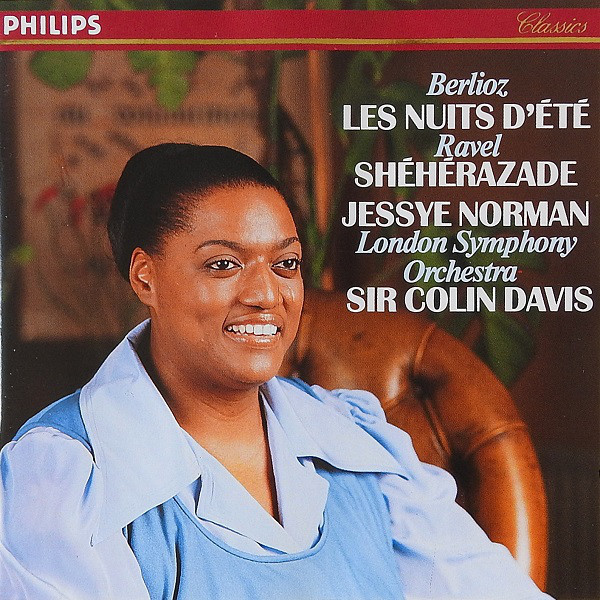 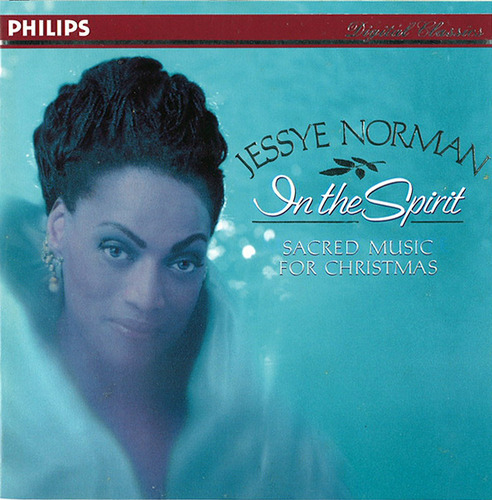 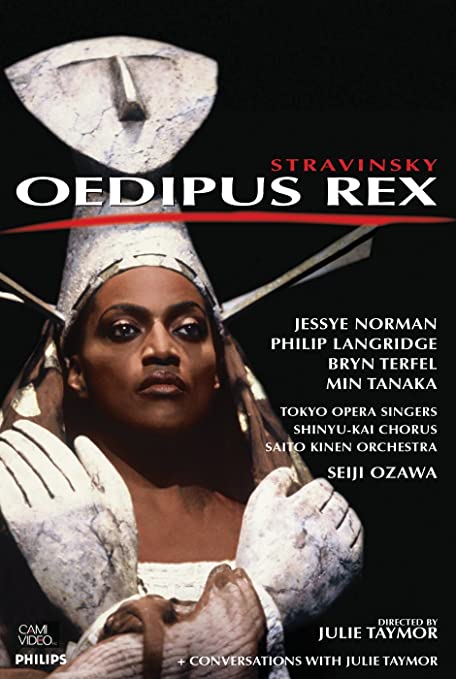 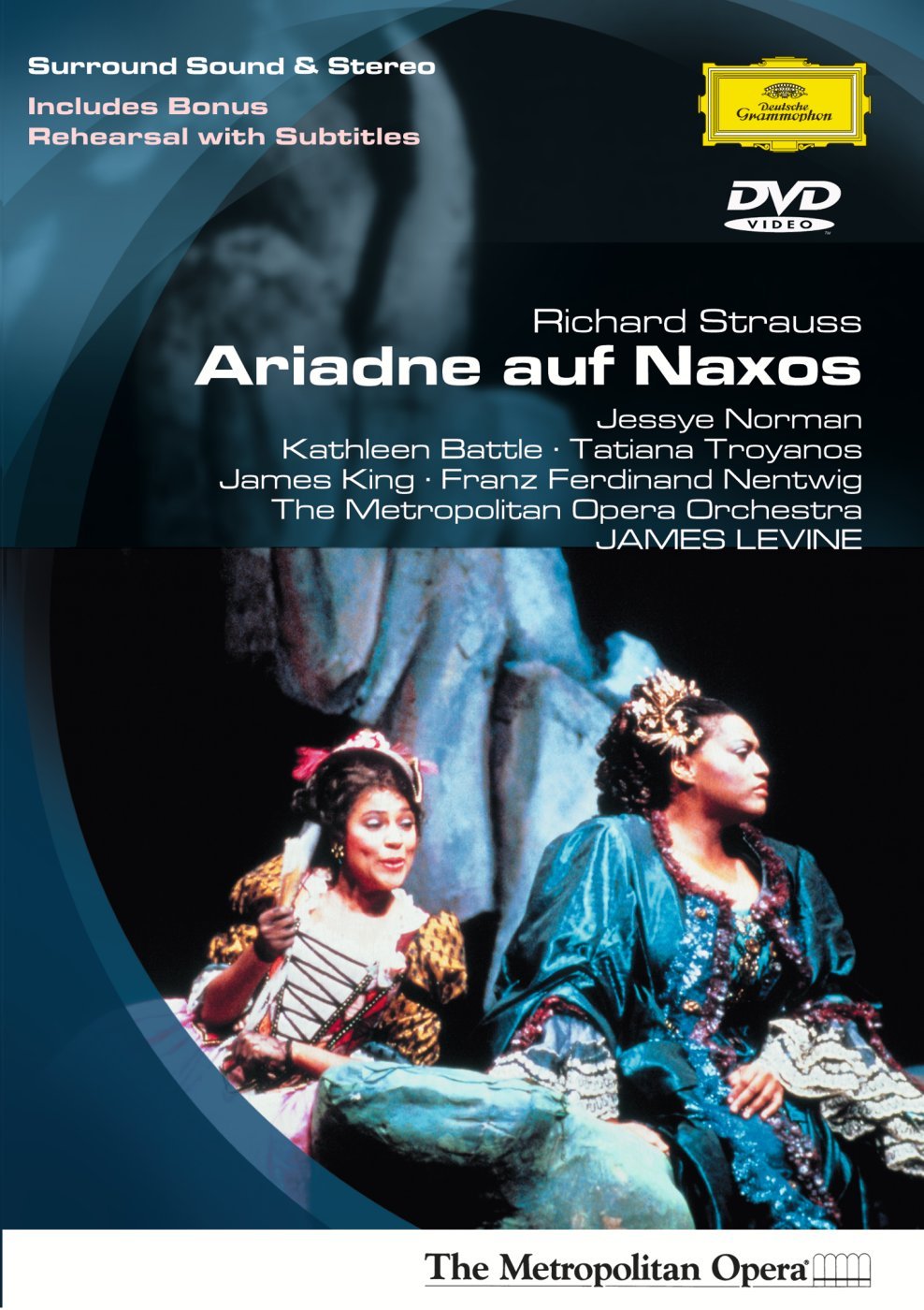 Periodicals in Our Collection