International Music Resources offers an array of online and physical resources both freely available and/or offered by the George F. DeVine Music Library. The information included in these guides may serve as a starting point for the study and research of 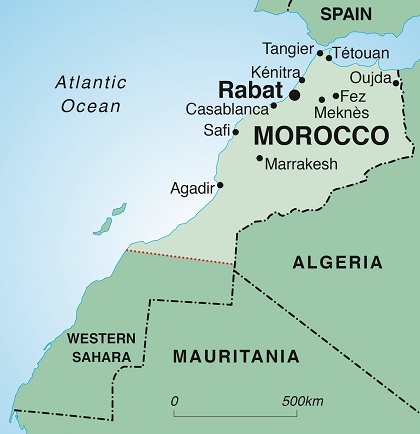 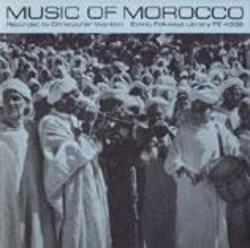 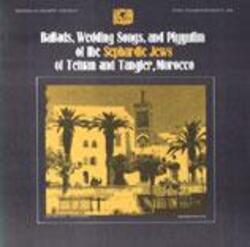 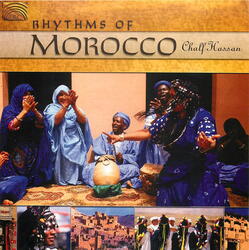 Flag and coat of arms: Morocco's national flag was officially adopted in 1915. It features a five-pointed green star on a red background. The green star appears again on the country's coat of arms. The coat of arms also shows the  Atlas Mountains, a sun, two lions, and a crown. An inscription in Arabic at the bottom reads, If You Assist God, He Will Also Assist You.

Climate: Mild on the coast, hot inland, with rainy and dry seasons. Light rainfall along the coast, almost no rainfall in desert.

The origins of Moroccan Andalusian music can be traced to southern Spain, where Muslim courts flourished from the 8th to the 15th centuries. Mutual influences between Spain and Morocco are apparent in the music itself and in documents such as the 13th-century Cantigas de Santa Maria. Al-‘alā al-andalusiyya sounds quite unlike eastern styles of Arab art music (Egypt or Syria) but shares many features, including instrumentation, terminology and organization. Before the 19th century, the ensemble probably consisted of a small group of instruments of contrasting sonority. The rbab (rabāb; a boat-shaped bowed lute with two heavy strings) sketched the principal points of the melody. One or two plucked lutes, an ‘ūd ramal (small, four-string lute) or gunibrī (a three-string semi-spiked lute with a hollowed-out, teardrop-shaped body), provided embellishment in a higher register. The ṭār (a small tambourine about 15 cm in diameter) controlled the rhythm and tempo.

Malḥūn, an urban song style closely associated with Andalusian music, is thought to have originated in the Tafilalet, a chain of oases south of the Atlas mountains. Originally practised primarily by artisans and merchants, malḥūn is distinguished by the colloquial, but archaic and learned dialect of its long texts. The song is strophic in form, often with a choral refrain (lazima or harba); each strophe has a complex rhyme scheme, sometimes modelled on the muwashshaḥ. Malḥūn uses melodies of limited range. The basic metre is 2/4, although in certain sections 5/8 or 6/8 may be introduced. The song is delivered in an understated, almost conversational fashion, but the shifting accents and tight word-play requires a nimble tongue.

Across the central belt of the country (from the eastern Middle-Atlas to the Atlantic plains) women are a dominant force in professional music. They are known as shikhāt...both Arab and Berber shikhāt are accompanied by a small ensemble of male musicians on kamanja (or European violin or viola played vertically on the knee), gunibrī (a three- or four-string plucked lute) and bendīr (a round frame drum). The women perform standing in a line or a circle, swaying gently and moving slowly as a group while they sing. The end of each song, or suite of songs, leads into a faster instrumental section in which the women dance solo or in pairs. 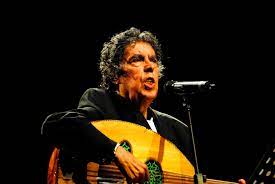 Moroccan singer and composer. He studied at the newly created Conservatory of Music in Fès in the 1950s. From 1959 to 1962 he pursued careers in both theatre and radio. He made his first recordings in 1959 and enjoyed successes with the songs l-Tūmūbīl, composed by Mohammed ben Abdeslam, and Lā tatrukinī, composed by Doukkali himself. After touring Algeria in 1962, he left Morocco and settled in Cairo. His three-year sojourn in Egypt established his popularity outside North Africa. After returning to Morocco in 1965, he enjoyed his greatest success of the 1960s with the recording of his composition Mā ānā illā bashar. A successful recording of this song by the Lebanese singer Sabah drew the attention of the greater Arab world to Doukkali in particular and to Moroccan song in general. Doukkali remained active in the 1990s, enjoying awards and success with compositions such as Kān yā mākān and Montparnasse.