This research guide will direct you to Knoxville performance arts and motion picture theater resources in Special Collections. 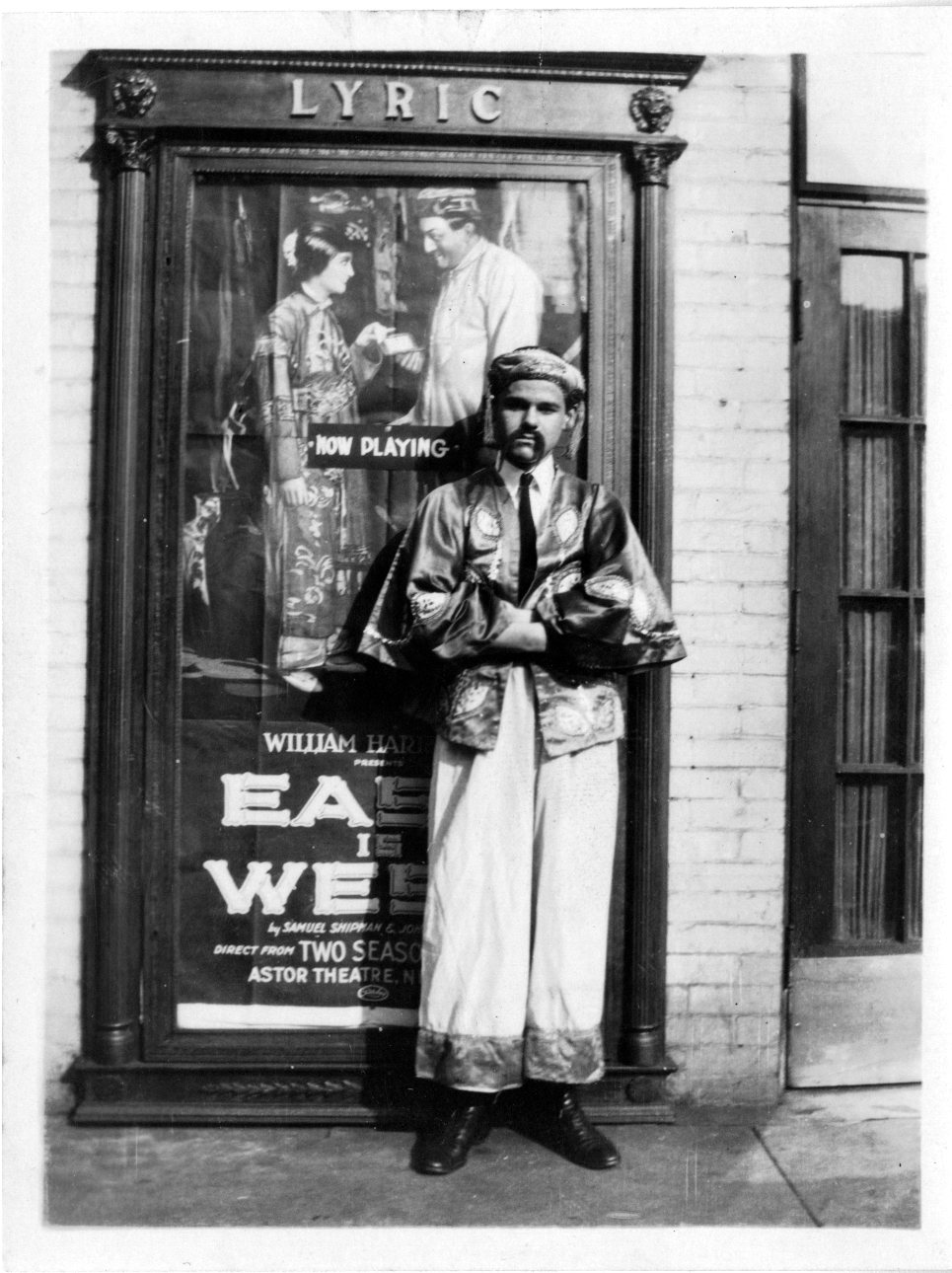 An usher standing in front of the Lyric Theater.

Staub's Theatre / Lyric Theatre (1872-1956) Built as Knoxville's first opera house in 1872 by businessman Peter Staub, the theatre hosted opera performances, orchestral performances, minstrel shows and other performances until the early 20th century, when it featured vaudeville acts and wrestling matches. After Staub's death in 1904, his son Fritz ran the theatre and its name changed to the Lyric Theatre. It would continue to host special events until its demolition in 1956. Located on the corner of Gay Street and Cumberland Avenue, the First Tennessee Plaza stands in the theatre's place today.

Bijou Theatre (1909-present)
The Bijou opened in 1909 as an addition to the Lamar House Hotel. It was used for various purposes between 1913 and the mid-1970s, including as a vaudeville theatre, a used car lot, a movie theatre, and a burlesque theatre. The Knoxville Heritage Group successfully raised funds and renovated the theatre in the mid-1970s. The National Historic Record added the theatre to its register in 1975. After local businessmen and the local government intervened to save the Bijou again in the mid-2000s, the resulting renovation project turned the theatre into a modern facility used for opera, theatre and concert performances today.

Tennessee Theatre (1928-present)
The Tennessee Theatre opened in 1928 as one of Knoxville's first-run movie theatres, as well as a venue for live performances. It ran continuously until the mid-1970s, when it intermittently remained opened. It received its first renovation and reopened in time for Knoxville's World's Fair in the early 1980s. The National Register of Historic Places added the theatre to its list in 1982. Both the building and its organ, the Mighty Wurlitzer, underwent major restoration projects in the early 2000s, with the theatre itself reopening in the mid-2000s.

A movie theatre built in 1920 on Gay Street; it closed in 1976 and was later demolished in 1988. The current iteration, run by Regal Cinemas, exists in the same location the old theatre once stood.

Gem Theatre (????-1964)
Originally built as a concert hall on Vine Avenue (what is now Summit Hill), it served African American moviegoers during segregation; it was damaged in a fire in 1939, and rebuilt and used for cinema until it closed in 1964.

Booth Theatre (1928-1960s)
The Booth Theatre opened in 1928 (shortly before the Tennessee Theatre opened) as one of Knoxville’s first theatres to focus on motion picture presentation; it closed during the 1960s and is now a restaurant on Cumberland Avenue.

Pike Theatre / Capri Theatre (1946-1990s)
One of the first movie theatres to open in West Knoxville, the Pike opened in 1946 in the Bearden neighborhood. The Pike, renamed the Capri in 1963, eventually closed in the mid-1990s and is now an art gallery.

Knoxville Theatres: Vaudeville and Celluloid, 1872-1981 (MS.1046)
This collection contains W. W. Baumann’s manuscript that provides a directory of Knoxville theaters. It includes information such as possible name changes and when the theaters may have closed.

Walter L. Morris Papers, 1910-1999, undated (MS.3669)
Morris’s papers document when he worked for downtown Knoxville theaters in his youth, and when he managed and owned his own theaters in Knoxville and Oak Ridge later in his life.

Combining Elements of Conventional Theatre and Reader’s Theatre in Adapting and Staging an Original Script for Knoxville Community Theatre. 1978 (Thesis78.A458)

Shakespeare in the nineteenth century:  a case history of the professional Shakespearean touring companies in Knoxville, Tennessee, 1866-1899. (Thesis 78.M579)