The h-index, is a scholarly metrics, which assesses both quantity (number of publications) and quality (number of citations to those publications) of a researcher’s scientific works. It was proposed by Professor Jorge Hirsch in 2005, a physicist at the University of California, San Diego.

To make the definition of h-index simple, let’s assume a researcher’s h-index is 8. An h-index of 8 means that this researcher has 8 articles that have each received at least 8 citations.

In the following figure, “the researcher would have an h-index of 8, as 8 articles have been cited at least 8 or more times, and the remaining articles have each been cited 8 times or less” [1].

As you see, publications are ranked in descending order by the number of times they have been cited (citation counts). 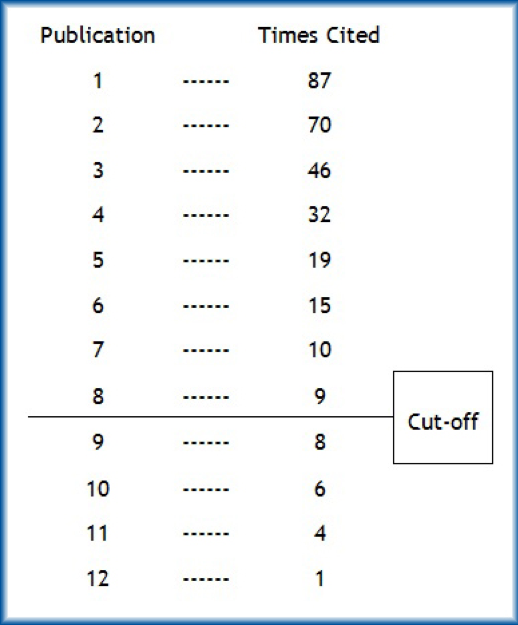 Find your h-index at:

Below are instructions for obtaining your h-index from Web of Science, Scopus, and Google Scholar.

In the search box in WoS, type the Last Name (e.g. Bornmann) followed by First name (e.g. Lutz) or Initials (e.g. L). To ensure accuracy you may enter the organization name in the Organization-Enhanced name:

Click search to see the result page. On this page click "Create Citation Report" on the right side of the Webpage below Analyze Results:

The citation report for Lutz Bornmann with 329 publications indexed in WoS is as follows. His h-index is 41 which means among all his publications, 41 has each received at least 41 citations. 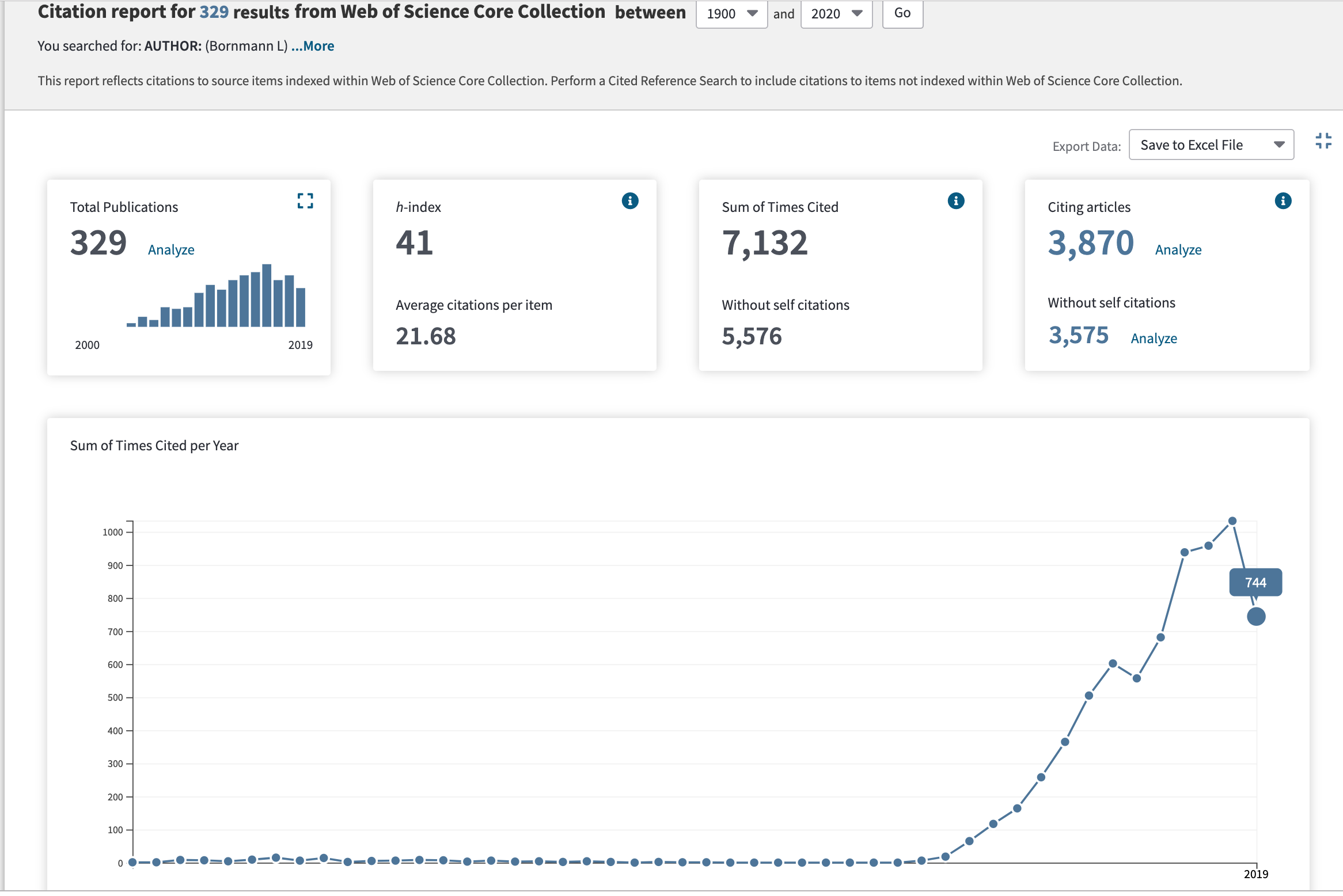 In Scopus, select “Authors”. Type the author last name, author first name, and affiliation in the search boxes, or you can alternatively type the ORCID ID to find your h-index in Scopus. You can limit the search so it only retrieves authors whose names are an exact match to the name you entered. You can also limit the search by the affiliation associated with the author. Click the author's name to open the author details page which includes author name variations, links to other documents written by the author, and links to documents which have cited the author's works. For more information please see the Scopus tutorials for Searching For Authors. The following image shows the h-index of Jorge Hirsch which is 57 (h-index was proposed by Jorge Hirsch). 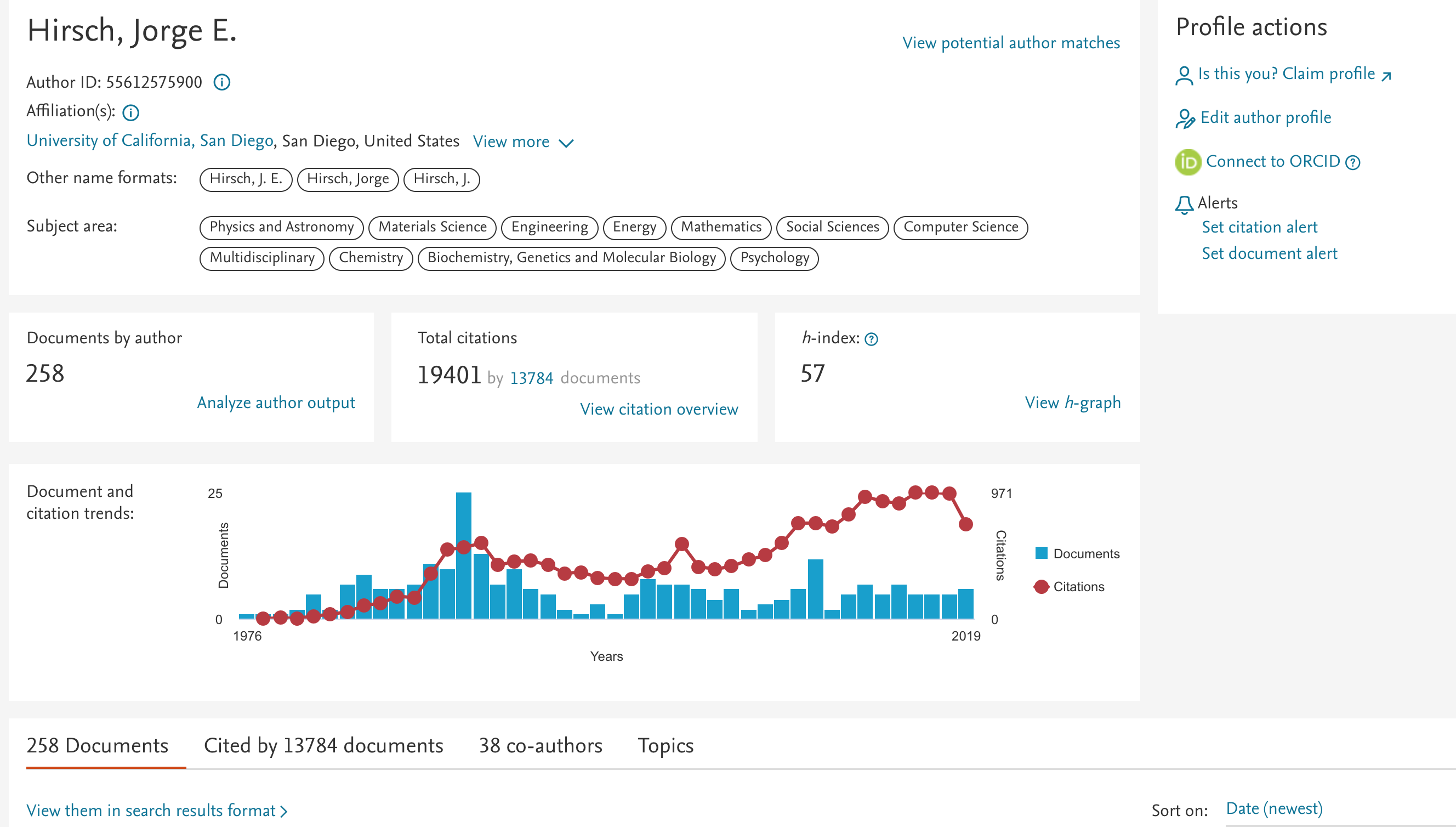 Now let’s find the h-index of another author, Ann Viera, in Google Scholar. As the following image shows, Ann's h-index is 4. The h-index of 4 means the researcher has published 4 articles that have each received at least 4 citations. If the number of citations of her article in 2015 increases to at least 5, the h-index of this author would increase from 4 to 5. 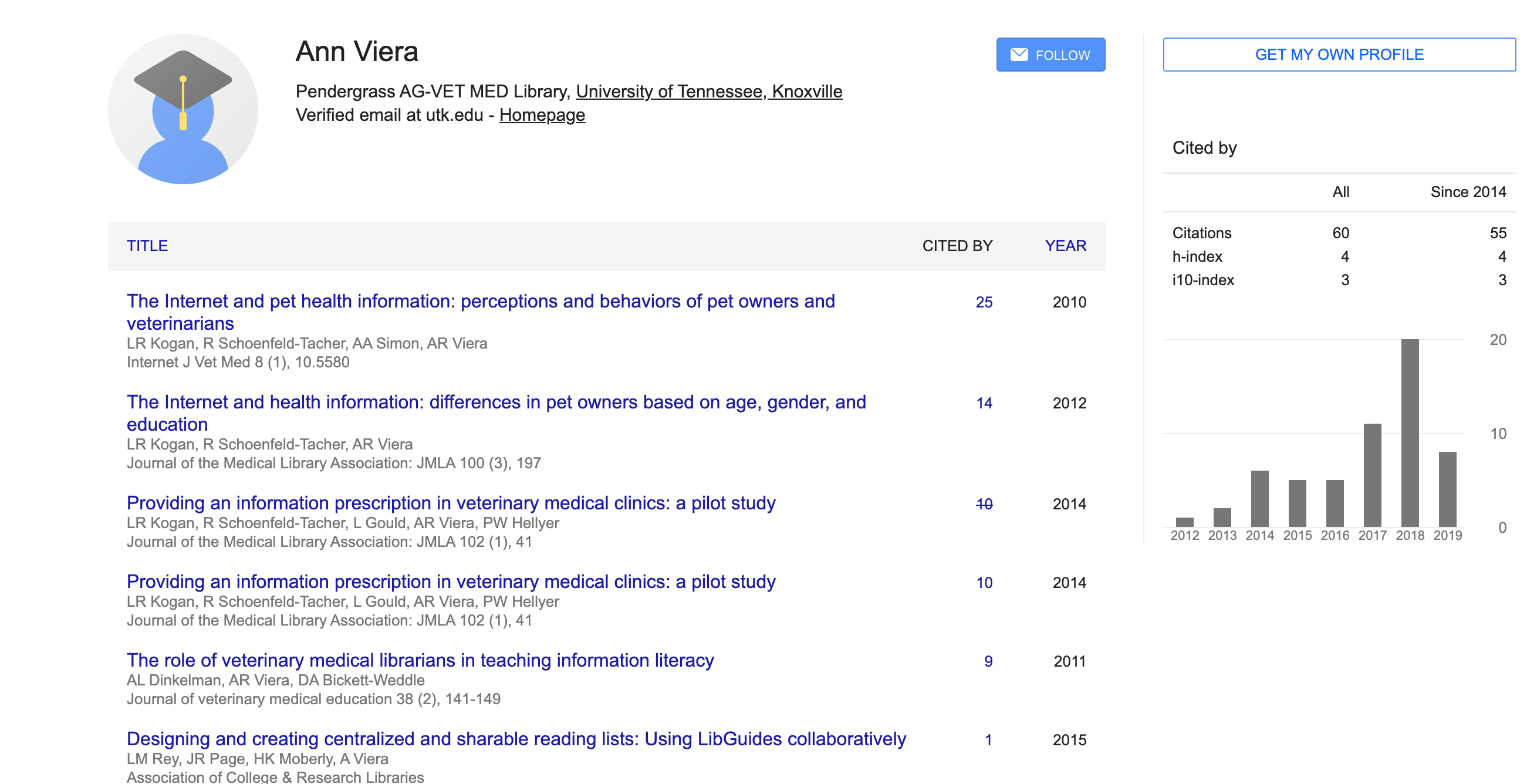