These metrics attempt to show the value of a particular article by times cited, as well as other factors. The number of downloads, times bookmarked, and social-media mentions may indicate a relationship between these numbers and the number of times an article is cited in the academic literature in the future.  This might help new researchers gauge or predict their impact. They may also be useful in measuring community impact.

Some publishers (e.g. Elsevier), databases (e.g. ScienceDirect), and journals (e.g. PLOS ONE) provide Altmetrics data alongside with the article information. 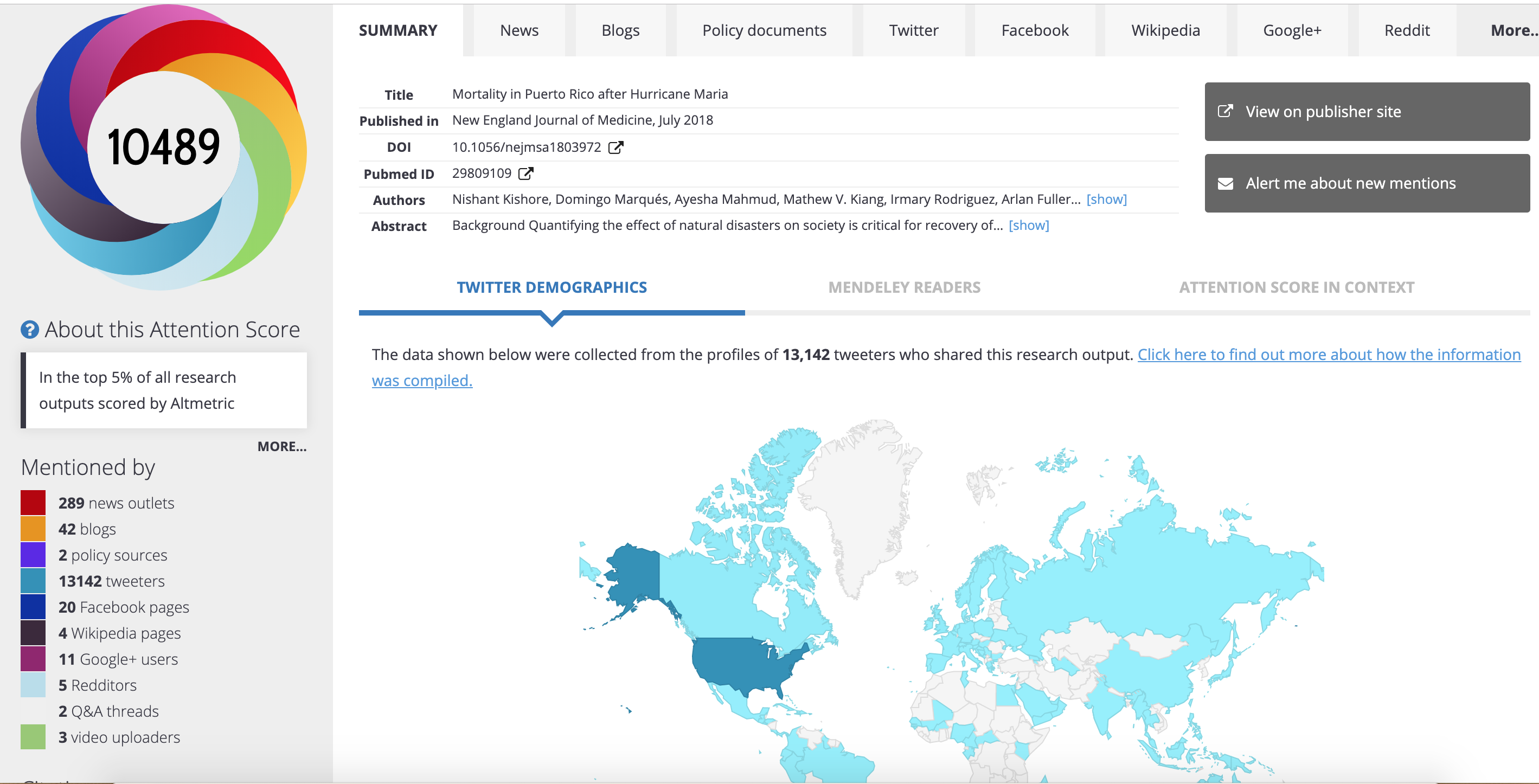 In the following image, you can see the Altmetrics data for an article published in PLOS ONE. The paper has received 443 citations with 51,522 views, 750 save and 75 share since its publication in 2011. 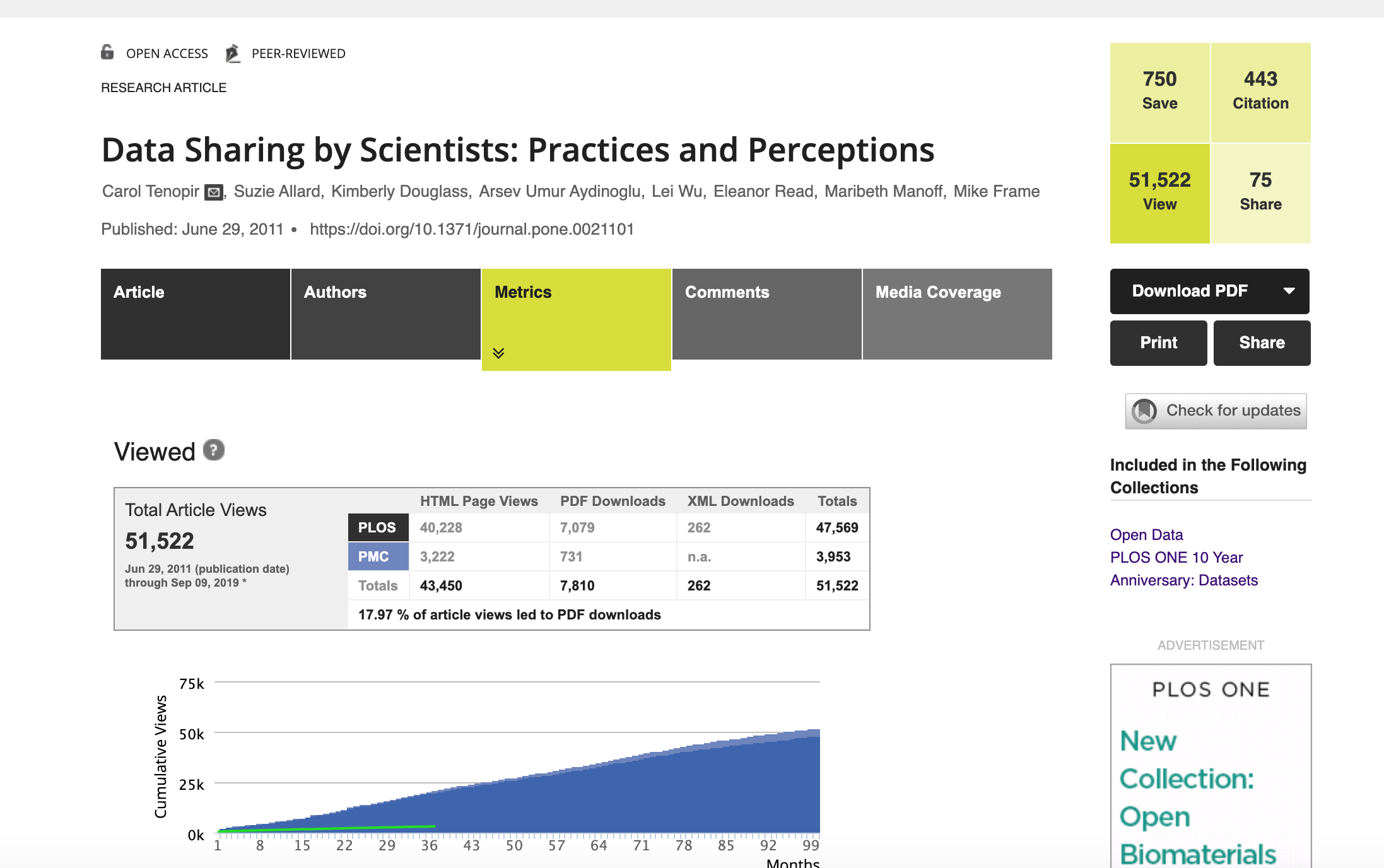 The following image illustrates the Altmetrics data for an article published by Elsevier (Journal of Informetrics) in 2018. It shows the paper has so far received 15 citations, with 273 mentions on social media.

The following image illustrates the Altmetrics data for a Master Thesis submitted to TRACE in 2017. According to the PLUMX Metrics, this document has been downloaded 135, and viewed 128 times since 2017 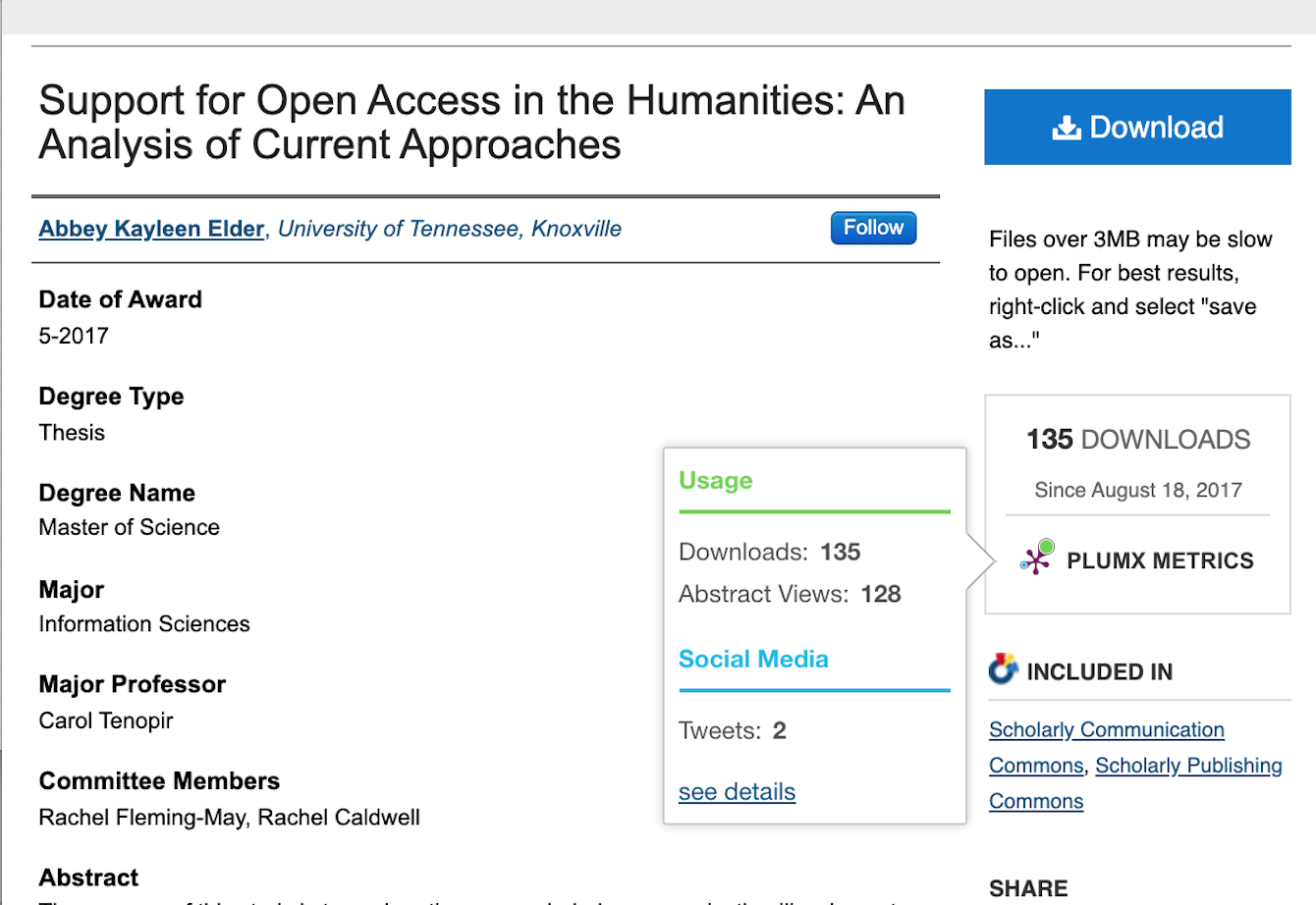